Final Fantasy VII Remake digital pre-load has moved up a whole week. This will make it possible for everyone to download the game ahead of launch.

Square Enix has already confirmed that the physical copies for the game will be released earlier now in certain parts of the world. This includes Europe and Australia. This decision was taken due to the COVID-19 epidemic which is spreading all over the world and some parts of Europe have been hit hard by it.

Despite moving the release date of the physical version of the game, the digital version will still unlock on the official launch date, which is April 10. This has led to some fans expressing their disappointment over this decision made by Square Enix. 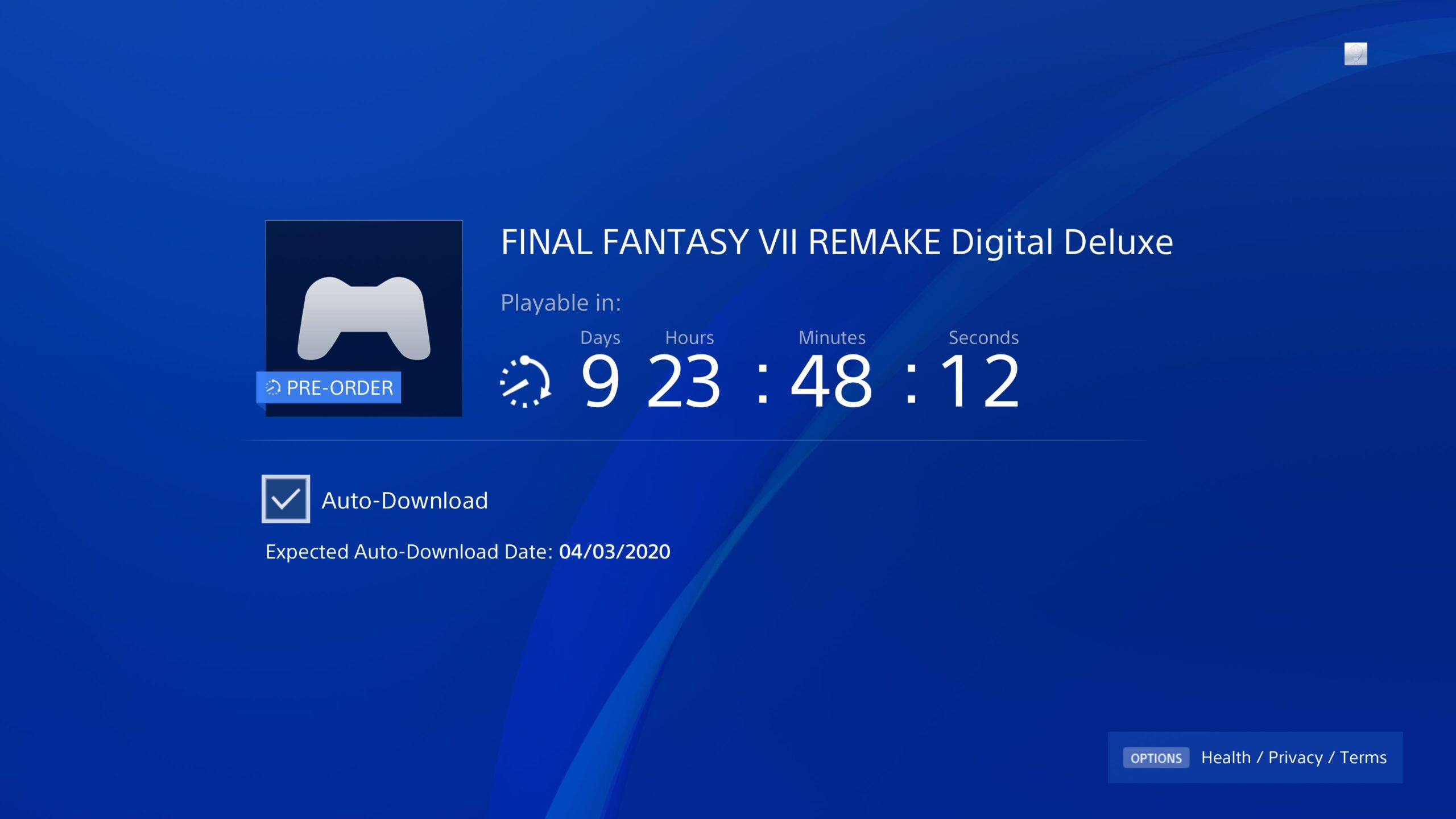 Today, Square Enix has made a change to the digital pre-load for the game pushing the date of the pre-load up from April 9 to April 3. This will help users to download the game earlier and have it ready to play on the launch date. Another reason for this decision could be related to slow PlayStation Network download speeds as Sony is trying to reduce the increased load on servers due to everyone spending their time at home with lockdown all over the world.

If you have pre-ordered Final Fantasy VII Remake digitally, you might not be able to play it early since this hasn’t been confirmed so far. Still, you should be able to download the full game ahead of its launch and play it once the download unlocks on the release date.

Final Fantasy 7 Remake will be out on April 10. It is confirmed to be a timed exclusive for PS4 and will release on other platforms one year after the launch of the PS4 version.