Gears 5 dev The Coalition has detailed the updates for the game on the Xbox Series X. It will push the XSX version ahead of the PC.

Gears 5 will get a massive visual overhaul on Xbox Series X. Gears 5 developers recently showcased what they are bringing to the game on the Xbox Series X. In a live stream panel that was hosted on Twitch, they showcased the new upgrades that are being planned for the game.

Read More: No Man’s Sky Update 2.60 Is Out, Here Are The Patch Notes

First, we learn the major additions to the visual pipeline for the Xbox Series X. This will push this version ahead of the PC version as well.

Secondly, they confirmed that all of the visual features of the PC version running at the Ultra setting has been brought over to the Xbox Series X. 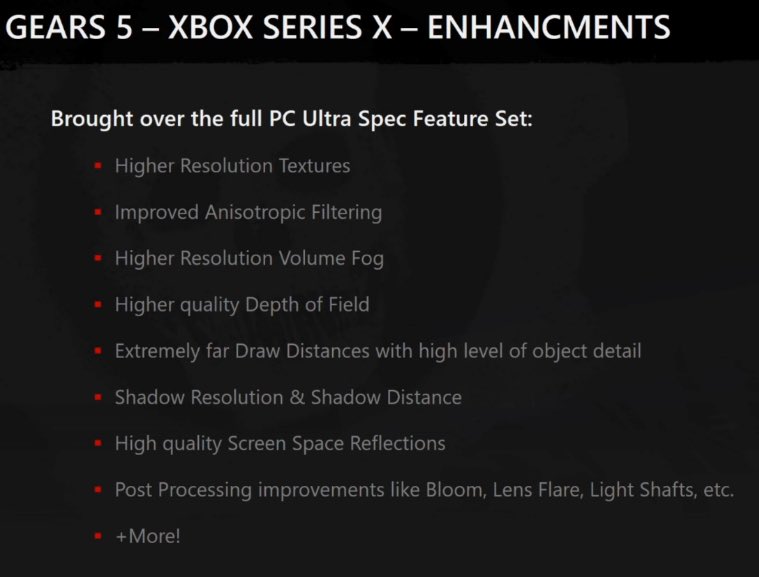 Gears 5 will be supported for the Xbox Series X and the upgrade will be available for free for those who already own the game, or own an Xbox Game Pass subscription.

The game was originally released for the Xbox One, PC, and Xbox One X on September 6, 2019. It also launched on the same date for Xbox Game Pass.