Microsoft is adding a list of brand new games including Grounded Preview from Obsidian Entertainment, as part of the Xbox Game Pass July update.

Grounded is a brand new survival game from Obsidian Entertainment who are known for their work on the Fallout series and recently released The Outer Worlds. It is available on the Xbox Game as part of the Preview program which lets users beta test the game ahead of its launch. 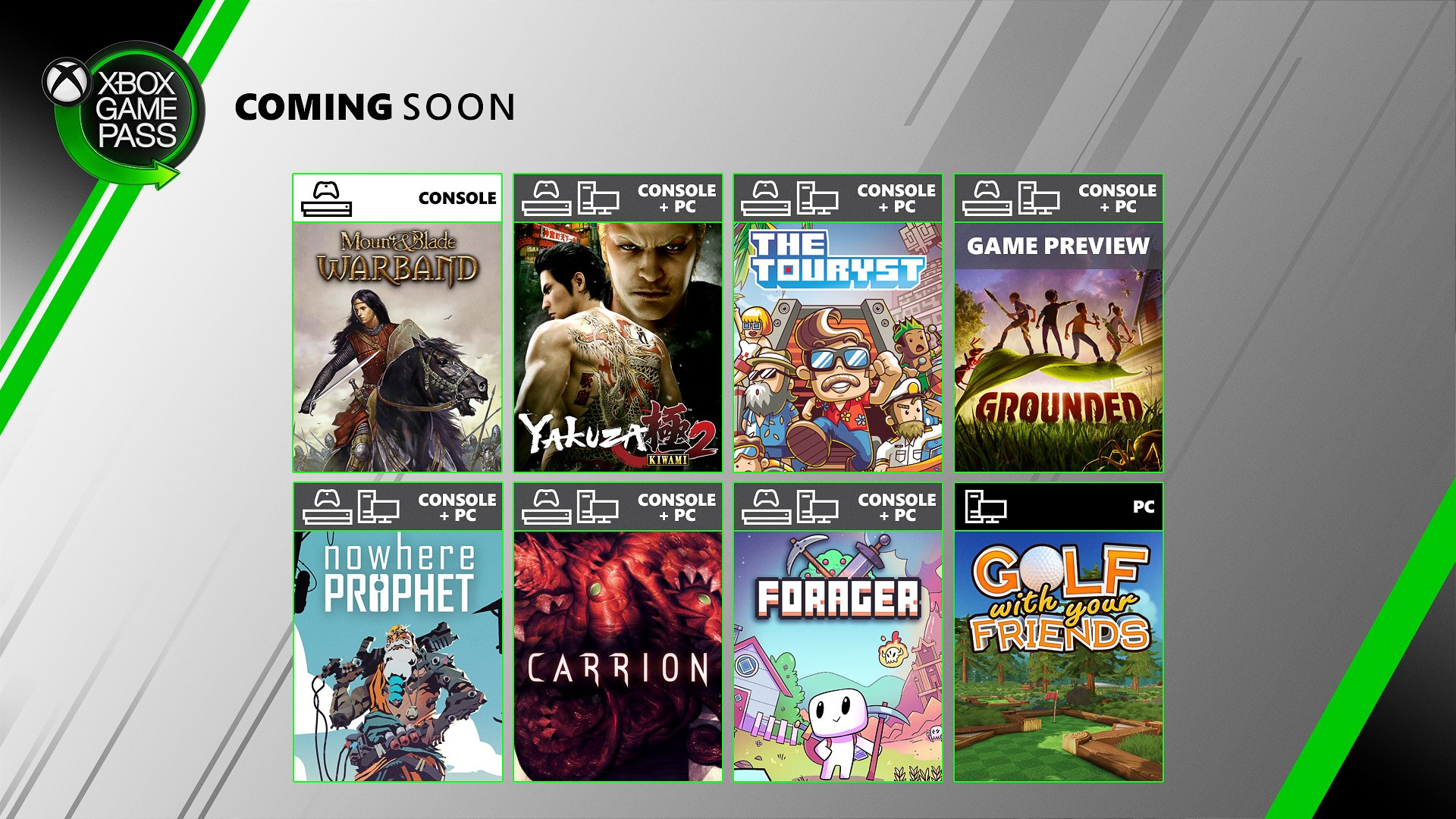 In addition to Grounded, a full list of confirmed games includes Carrion, Yakuza Kiwami 2, Mount and Blade Warband, and The Touryst.

Here are the DLC/Updates for the games that are currently available in Game Pass.

Microsoft has also confirmed the list of games that will be leaving the Game Pass subscription service later this month.

Read More: Assassin’s Creed Odyssey Update 1.54 Is Out, Here Are The Patch Notes

Game Pass is a subscription service for PC and Xbox One. It can also be bought in a bundle with Xbox Live Gold.

Previous Article
No Man’s Sky Update 2.60 Is Out, Here Are The Patch Notes
Next Article
Gears 5 Has 50% Higher Particle Counts On XSX Than PC, 120 FPS Multiplayer, More