The new gameplay for Horizon Forbidden West was shown after a series of in-game location showcases. A fan has now mapped these locations on a world map.

Horizon Forbidden West is set in a post-apocalyptic world. Just like the first game, it will feature locations that are taken from the real world. These locations have been mapped out by a fan who has shared them on reddit.

From the locations that we have seen so far in the stream ahead of the game reveal, the following have been matched to their real-world counterparts. 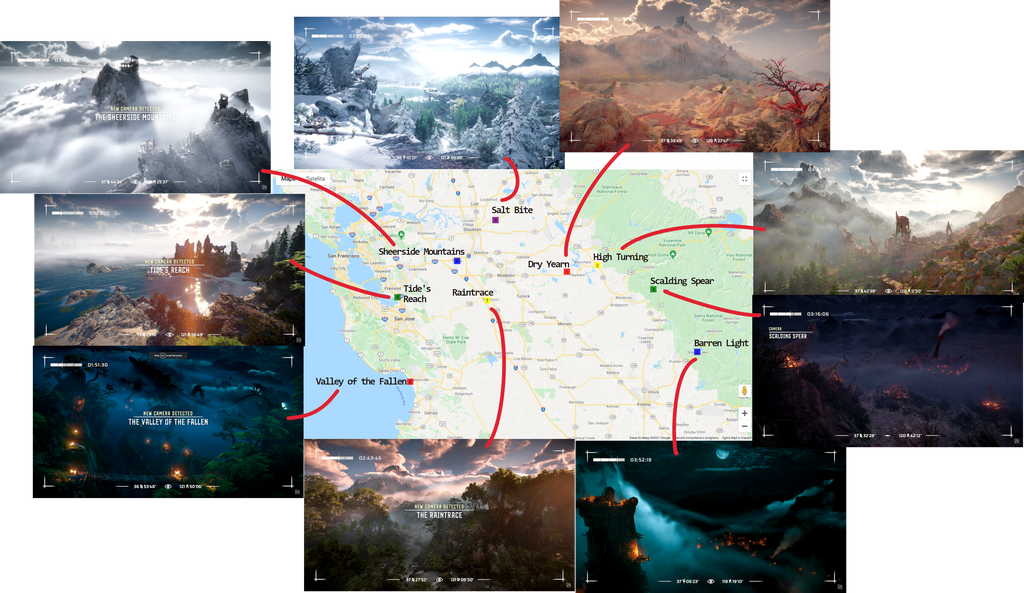 From the map above, we can see that Aloy will have to travel quite to a lot of diverse locations in her journey in Horizon Forbidden West.

Unlike the first Horizon, there appears to be a location with snow in the sequel from the beginning instead of getting them as post-launch DLC, which happened in the form of Frozen Wilds expansion for Horizon Zero Dawn.

As we find out from the gameplay trailer, Aloy will have to travel through the remains of California and the San Franciso Bay area in the game. Some eagle-eyed users have found out other locations that resemble the ones shown in the gameplay and it is amazing to see how Guerrilla Games have transformed the world in Forbidden West despite being inspired by the real world. They have taken some beautiful landmarks around America and created these post-apocalyptic locations.

Obviously, this map won’t be scaled on the same level in the actual game but it does give a pretty good idea of the geography and diversity of the biomes that will be encountered in the game.

Horizon Forbidden West is currently set to launch for the PS4 and PS5. The game is currently being developed by Guerrilla Games and will be published by Sony Interactive Entertainment.