Lab Zero has made its name with Skull Girls, a gorgeous 2D fighting game that has been ported to every platform under the sun. They begin Indivisible as an indie crowdfund pitch in 2015 and after four years of hard work, the game is finally out. It is clear from having a glimpse of the gameplay that the game acts more like a spiritual successor to Square Enix’s Valkyrie Profile series with its team-based combo system that functions on a single button press. It is also extremely gorgeous sporting some of the best looking 2D visuals in a video game.

Lab Zero Games wanted to focus on a different aesthetic for Indivisible. The environment, art style, and locations are all inspired by India, Thailand and other South Asian countries and they also take a lot of elements from their respective mythologies. The lead character is named Ajna, for example, which is an Indian name and one of the many ones you can encounter in the game. She is a fighter by nature who has a distinct strong personality that sets her apart from others. 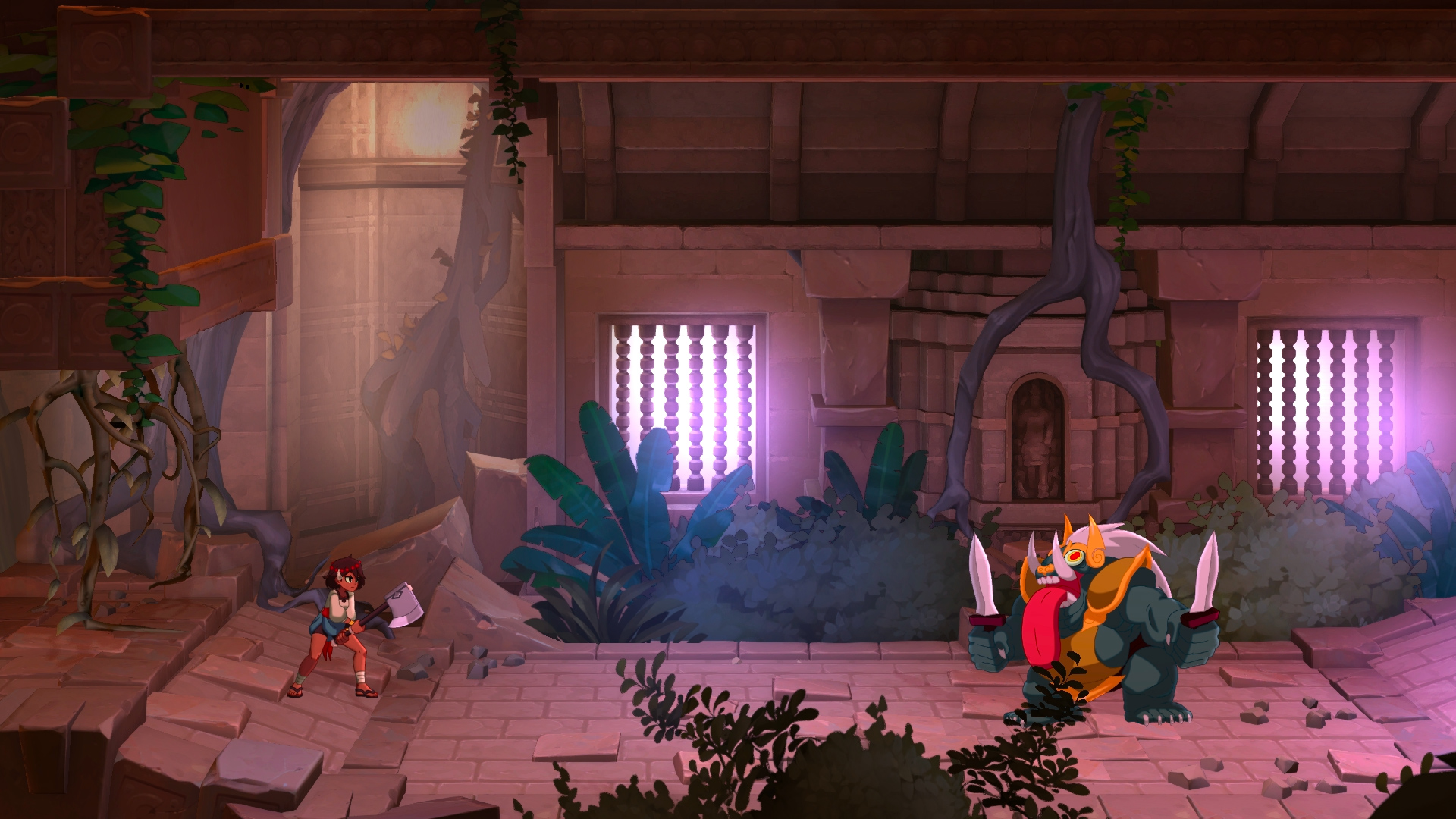 The thing that makes Indivisible a great spiritual successor to the Valkyria Profile series is how it focuses on building a well-written cast of characters. Ajna can trap people into her mind. She gains this ability shortly after beginning the game once her village is attacked by an evil warlord which also leads to the death of her father. Ajna gets a mysterious power after witnessing this moment using which she can trap people insider her inner spirit realm. She can visit it at any time to talk with the people insider her inner realm while also summoning them in battle when needed.

After her village is destroyed, Ajna sets out on a quest to find the evil force behind it however unlike a typical revenge story, the general tone in Indivisible is light-hearted with a lot of fun moments offering comedic relief. The main driving force behind the story is the unique cast that is more than 20 playable characters strong. Each one of them has a distinct personality and use for their abilities in combat. Lab Zero Games has experience of developing fighting games with different characters offering their unique moves and Indivisible greatly benefits from it as well. 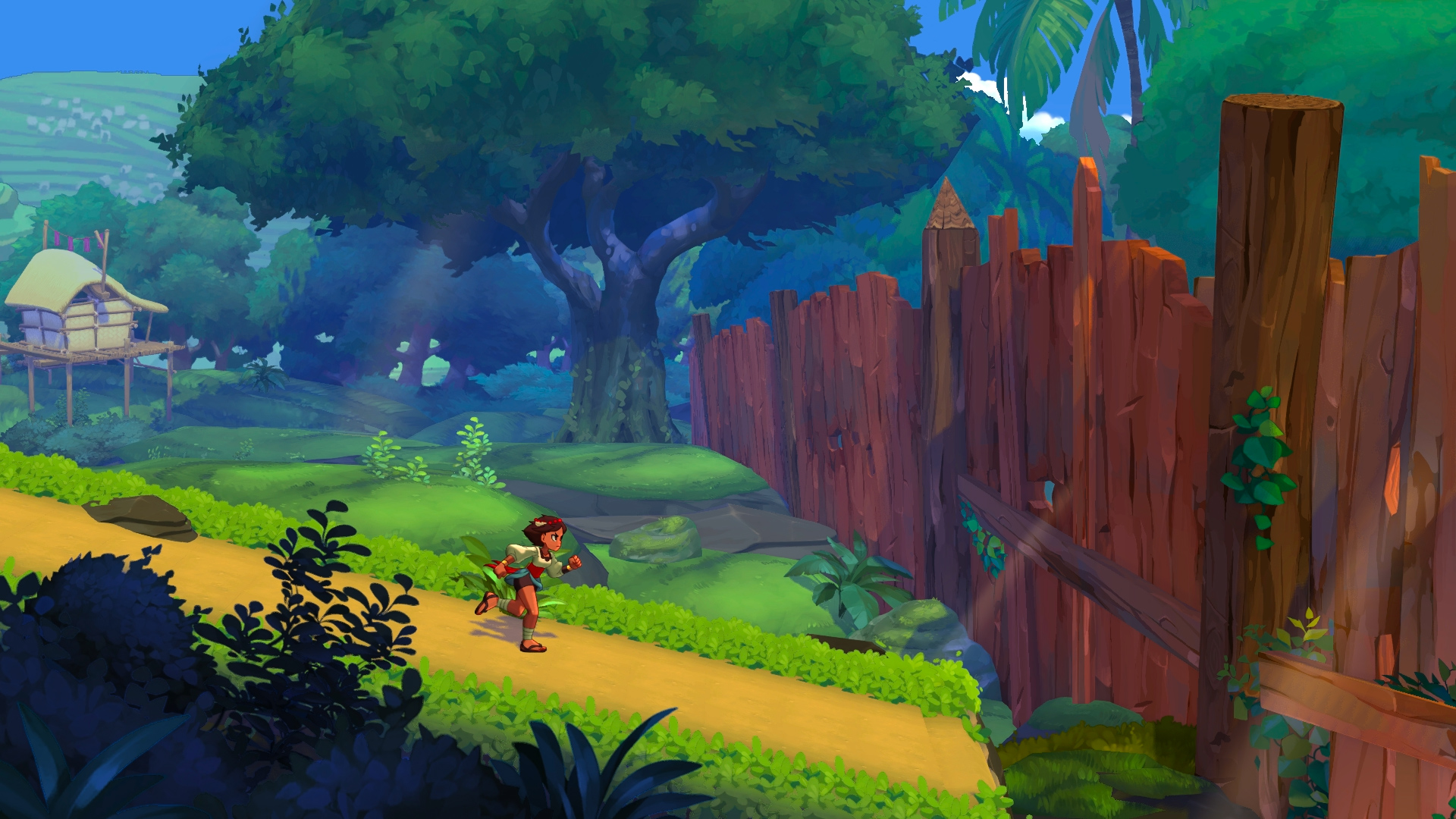 Ajna has a strong personality and she doesn’t shy away from jumping into a fight but other characters can behave differently. Each one of them ends up in the inner spirit realm which can be accessed at any point by pressing a button. Saving in Indivisible is also effortless with save points littered across every major part of the level. The game starts off a little easy with enemies and simple battle layout gradually encouraging you to experiment with characters and learn combos, but as the story progresses, you will find awkward difficulty spikes.

Indivisible is not just an RPG where you have to combat enemies but the game is also a platformer with some complex platforming segments later in the game. There is a shade of Metroidvania with abilities that Ajna will gradually learn allowing her access to new, previously remote areas. This also means that you will have to backtrack through some of the levles to reach these locations and unfortunately this can often make the game feel a bit repetitive. 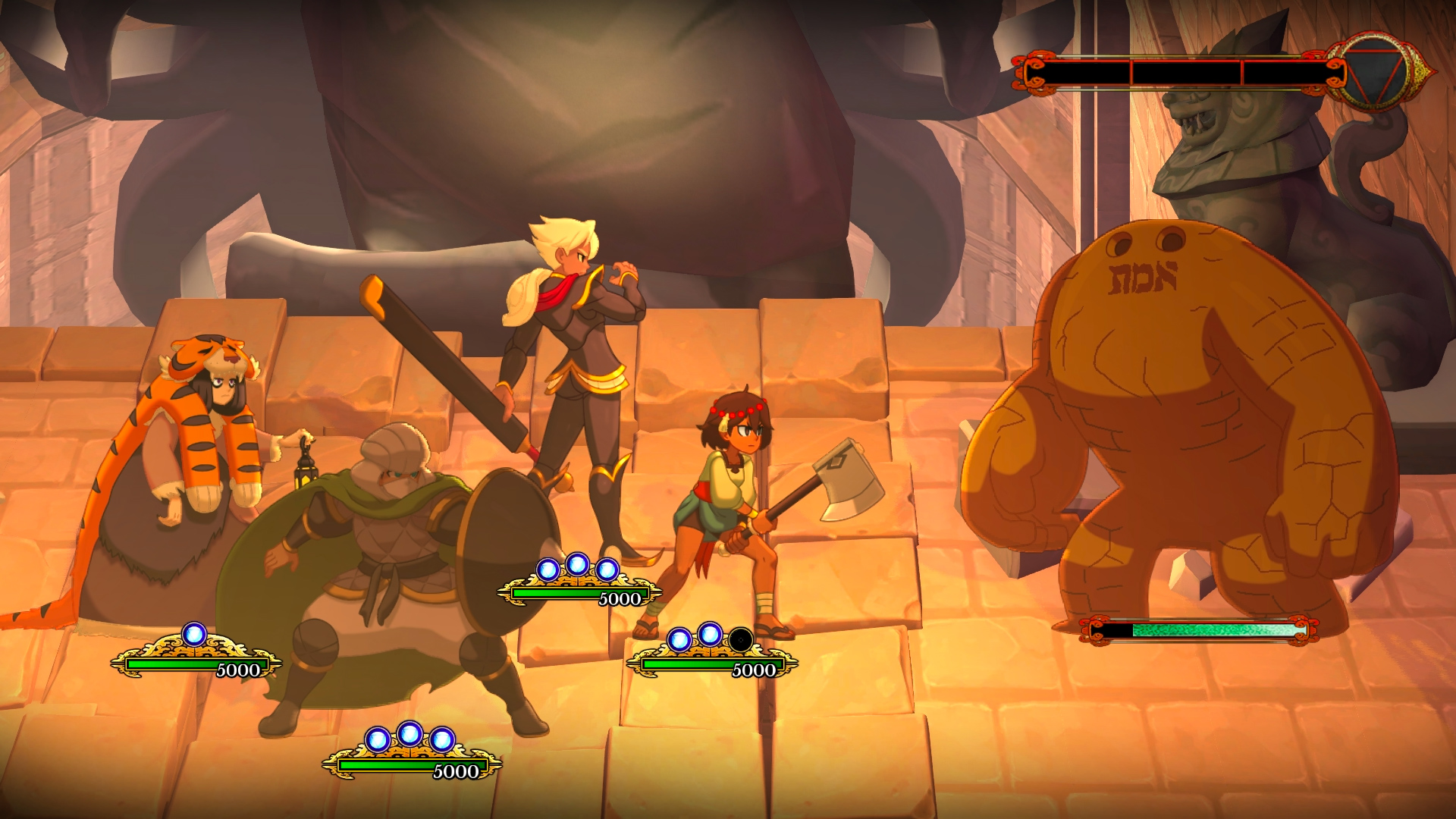 The platformer portion of the game is easy but with more complex abilities like teleportation added into the mix, the difficulty of these segments also increases along with the combat. Since most of the enemies that you will encounter during combat have a high health bar, it encourages you to start to experiment with their weakness and learn the best party combination–and in this regard, Indivisible does offer a good amount of depth. Still, the game’s difficulty curve is uneven as you get closer to the end, mostly in the last third, the battles end up being too easy which is disappointing after some challenging encounters.

The combat system has a cooldown timer and honestly, it is pretty enjoyable. You have four characters assigned to the four face buttons which might be a familiar sight for those who have played Valkyrie Profile. Pressing any of the face buttons will make the character either attack the enemy or defend depending on their position in battle. Successive button presses will lead to a combo being executed which can benefit the player by juggling the enemy and delaying their attacks. Every press has a cooldown timer and while you are limited to just one attack, more will be available as you gain experience and improve Ajna’s combat mastery. 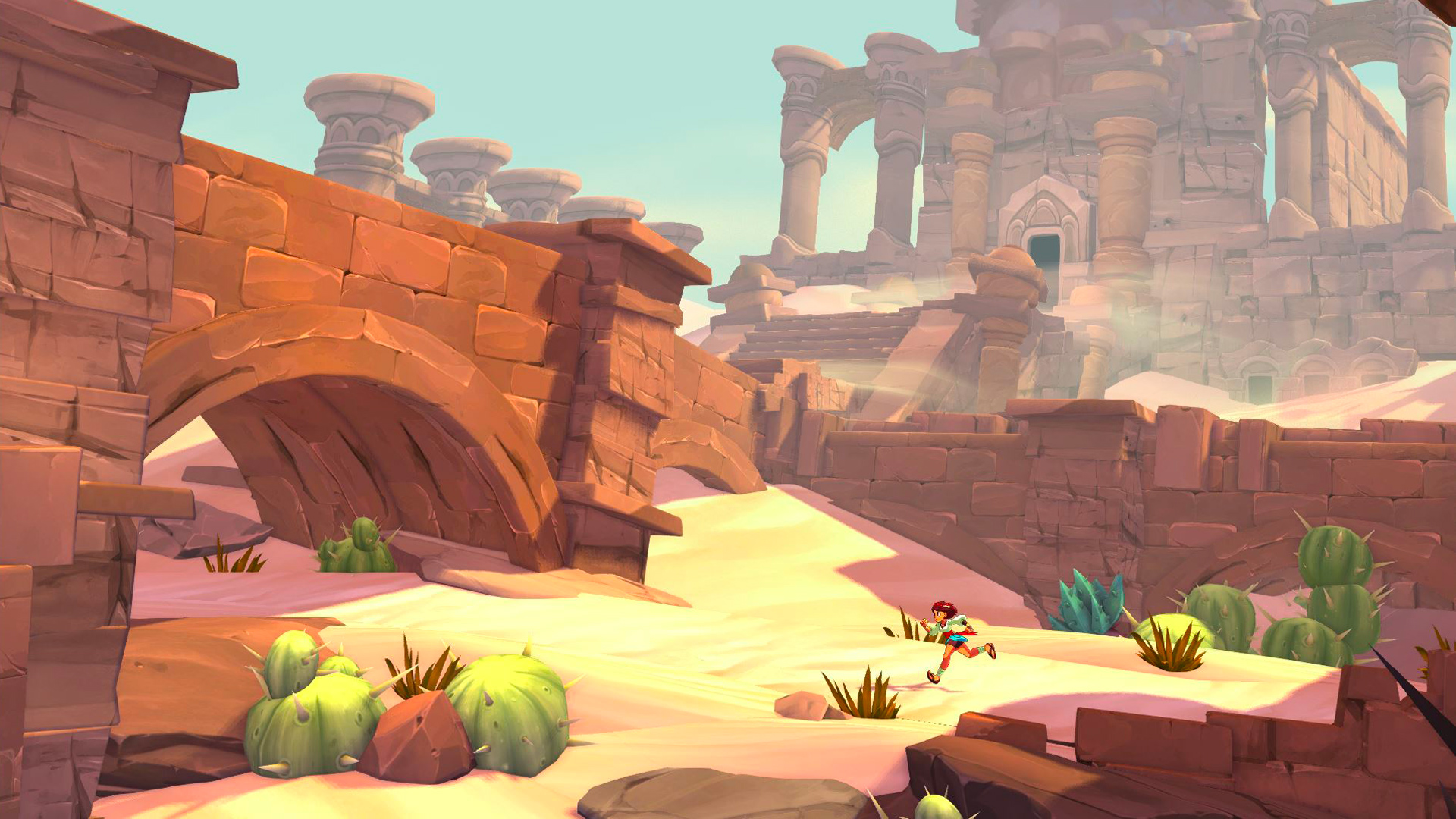 Lab Zero Games deserves full credit for the presentation in Indivisible. It looks breathtaking on the screen and everything, from the animation to the art style, is just a beauty to look at in the game. The sound is also soothing to listen with the main composer being Hiroki Kikuta, who has worked on the Mana series for Square Enix. I find it hard to see any major faults here aside from the repetitive gameplay elements and the story pacing–which is a little too slow for my taste.

Indivisible doesn’t feel like an indie crowdfunded project at all. It can easily rival the work done by a major studio with a big budget. It looks good, plays great, and has a well-written cast of characters that add to the already fantastic package. If Lab Zero Games, who ventured into this genre as a newcomer, can create such an exceptional game, I wonder what can they do next. I do hope that they stick to this genre and attempt a different game because there is room for improvement here, aside from the presentation, which is flawless.

Indivisible has a great art style and fun exploration elements. Its combat and gameplay are inspired by Valkyrie Profile and while the game is fun to play, the pacing of the story is slow and it doesn't feel as engaging. It is still an extremely gorgeous looking game that is easy to recommend for fans of the RPG or Metroidvania genre.

8.0
Tags:
Previous Article
PS5 Backward Compatibility Rumor Hints It Might Run All Old PlayStation Console Games
Next Article
Batman Arkham Legacy Is Reportedly The Next Game In The Series