Little Nightmares 2 has been rated for the PS5 and Xbox Series in Brazil. It was already rated in Taiwan. This could point towards an announcement soon.

Little Nightmares 2 was released back in February. The game offers a free PS5 upgrade for PS4 users. The developers had confirmed that a native PS5 version will be released at a later date but there hasn’t been any official update on it.

Earlier, the game was rated in Taiwan and now we can confirm that it has been rated in Brazil as well. This rating suggests that we are close to an announcement and with the E3 Week in the coming days, we could get an announcement soon. 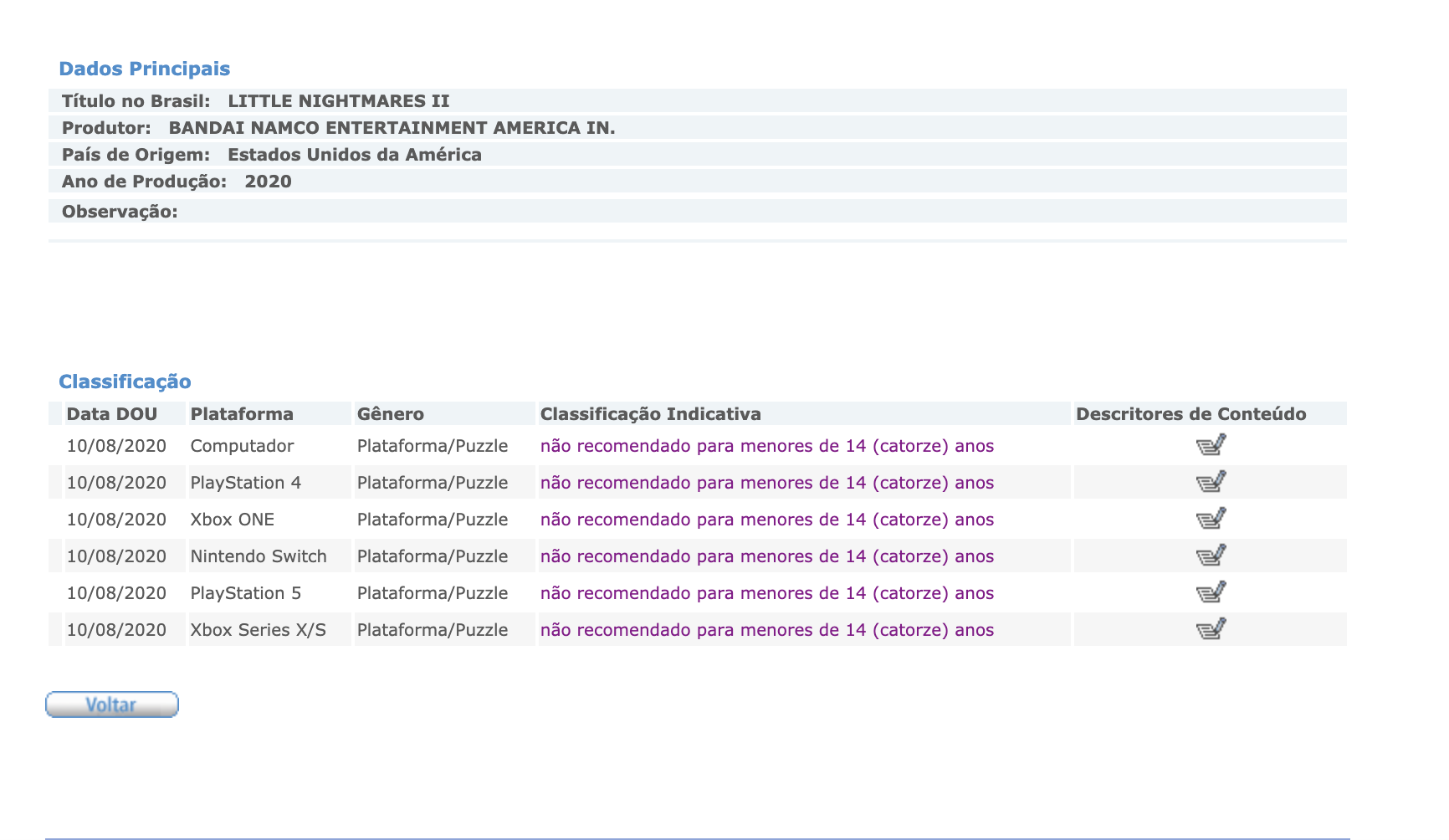 The game was running at 4K resolution with 60 FPS on the PS4 Pro and Xbox One X, but it didn’t manage to reach that target with the resolution falling below the native 4K mark and the frame rate being unstable. If a native PS5 or Xbox Series version is released, it should b possible to achieve this milestone.

Little Nightmares 2 is currently available for $29.99 for the PS4, Xbox One, PC, and Nintendo Switch. Those who purchase the Xbox One or PS4 version can get a free upgrade to the current-generation consoles once it is released.