Mortal Kombat 11 will get a closed beta soon. Here’s what you need to know about its launch timing and details on what will be playable in the beta version.

Mortal Kombat 11 fans who are looking forward to playing the game early should give this closed beta a chance even though getting access to it is a little tricky since it requires you to pre-order the game first.

Warner Bros. Interactive has shared this incredibly useful map that details the timing for Mortal Kombat 11 closed beta and when it will go live in each region around the world. 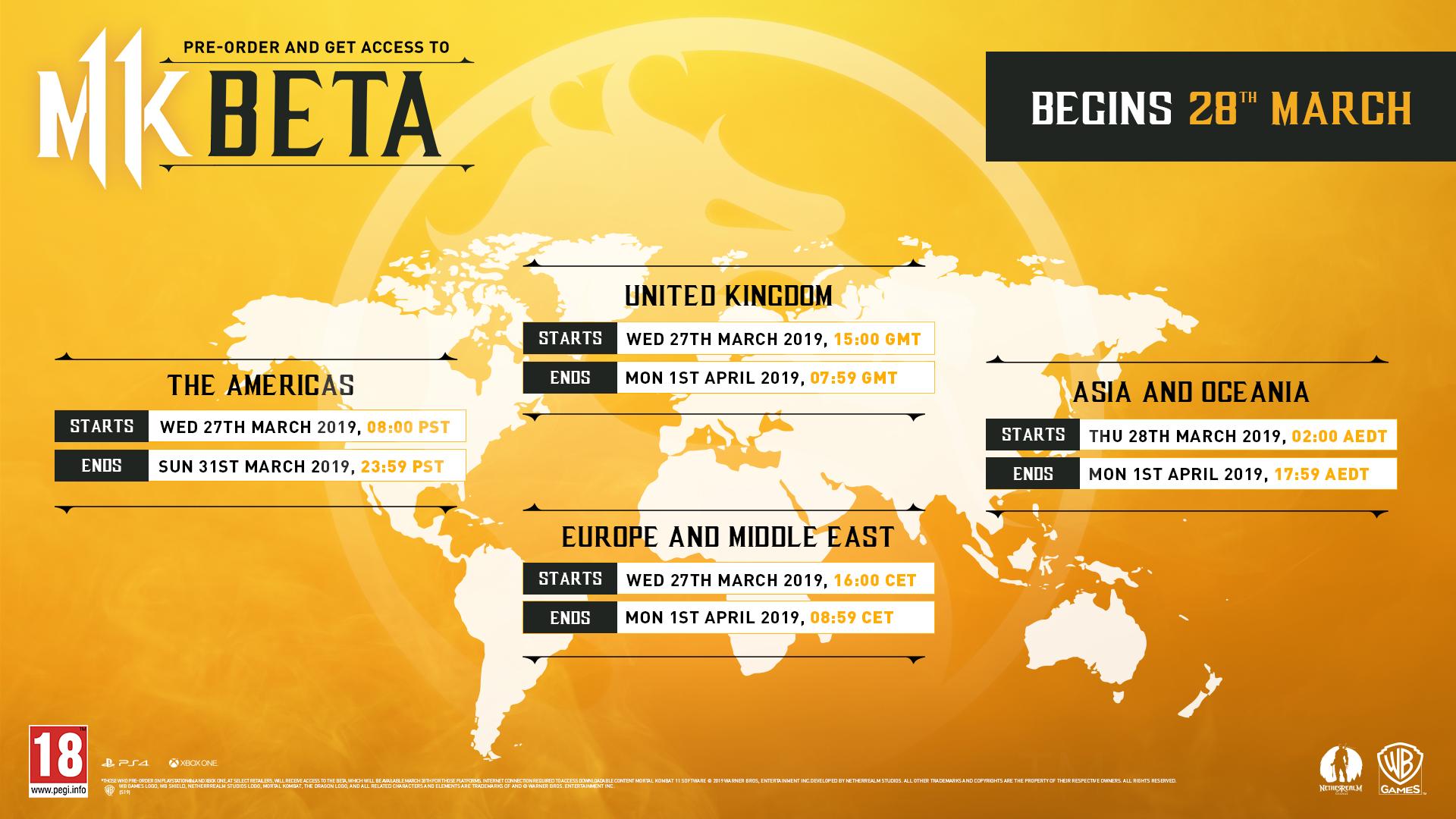 This is the first closed beta test for the game but there was a stress test earlier this month that was strictly private. This stress test was limited to just three of the fighters so those who had access to it only had limited access to the game.

Unlike the closed beta, this stress test was offered to select users who registered on the official website. It has already ended so don’t get your hopes up in playing it right now.

The download size for this closed beta hasn’t been confirmed by the developers. If we go by the most recent stress test, that one was roughly 6.7 GB was quite small.

While it is unfortunate to see this important beta test being locked behind a pre-order, it has been the standard for a while now. Every major game has tried to pull this off and since people seem to buy it, this shows the developers that it is not a bad thing to do for their game. At worst, they get a limited amount of people to beta test the game ahead of the launch.

While this is the second Mortal Kombat game this generation, it will be the first one to launch on the Nintendo Switch, albeit at a later date than the other consoles and PC version.

Previous Article
Apex Legends Season 1 Battle Pass Skins and Rewards, Here’s What You Need To Know
Next Article
Dragon Ball Xenoverse 2 Lite Is Free-to-Play Version of the Game On PS4 and Xbox One