Mortal Kombat 11 is out in April and while the full character roster hasn’t been officially confirmed, it was seen with an alleged leaked image showing the character select screen from a debug build.

Mortal Kombat 11 character roster was allegedly leaked through Steam Achievements but it was not confirmed as final. This new character roster leak seems to be more credible one than the last since it shows a debug build of the game with the fighter selection screen.

The leaked list of character roster confirms some of the earlier rumors and also has a slot, supposedly for the DLC fighters. There will be six fighters that are a part of the season pass for Mortal Kombat 11. Shao Khan is also a DLC but he is only available as a special pre-order bonus like Goro in Mortal Kombat 10. 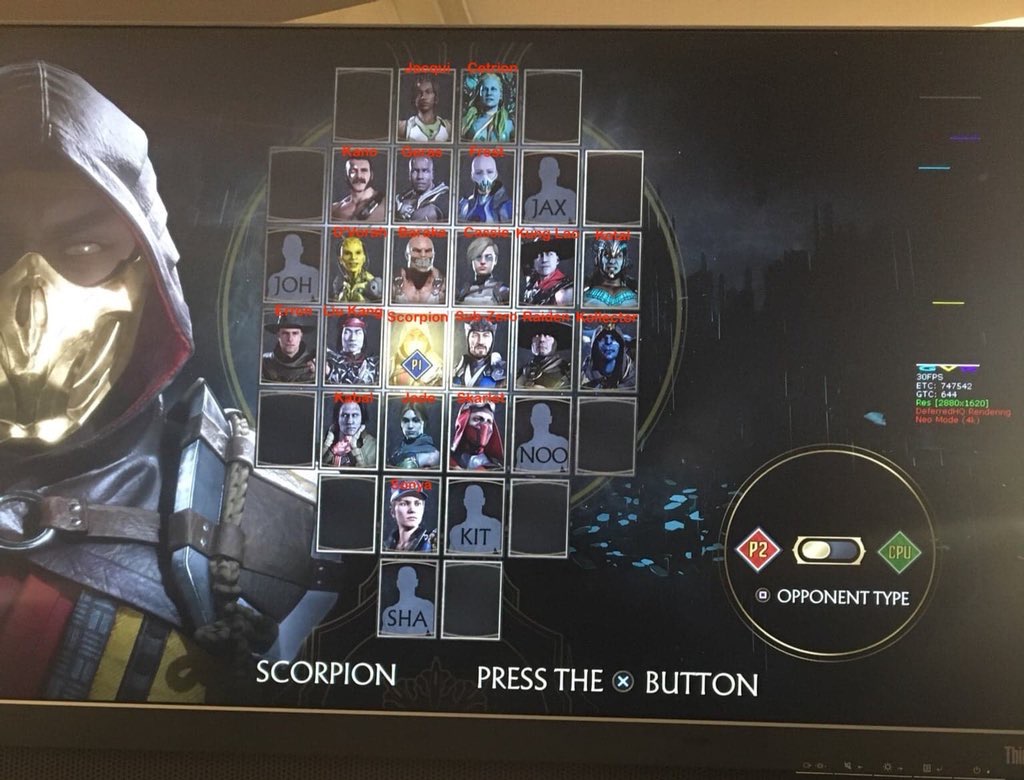 Here is a list of characters that can be spotted in the image above.

These are the rumored secret characters that have to be unlocked.

While this could be a fabricated image, it is very unlikely that it is fake. This does seem to fit an early build of the game.

Read More: Mortal Kombat 11 Won’t Get Shaggy As a Guest Character According To The Devs

Mortal Kombat 11: How To Get Raiden Announcer Voice