Mortal Kombat 11 fans are familiar with the old-school visuals for the game which were restricted by the 16 or 32-bit color palette limitations. This new PC mod attempts to provide a similar effect.

Mortal Kombat 11 Retro Mod provides the game with a more classic look. It can be easily toggled on and off with the press of a single button and doesn’t require any major changes to the game files.

To download this mod, you can head over to the Nexus Mods website and grab the files from there. Some information on what the mod will offer can be seen below.

Tried to give MK11 a more classic look. Hope you enjoy this preset! I might update it in the future.
If you miss the vintage “2D” styled MK fighting games this mod is for you. I will also be working on an HD Graphics Mod for Mk11 soon.
The effect starts automatically when you launch the game. To turn it off, press F11.

Installation:
You need to place the files where the game .exe is located. For Steam users it would be:
“…\SteamLibrary\steamapps\common\Mortal Kombat 11\Binaries\Retail\MK11.exe”

Here is an image from the mod running on PC showing how it can look on a PC. You can toggle this effect on or off with a simple button press. 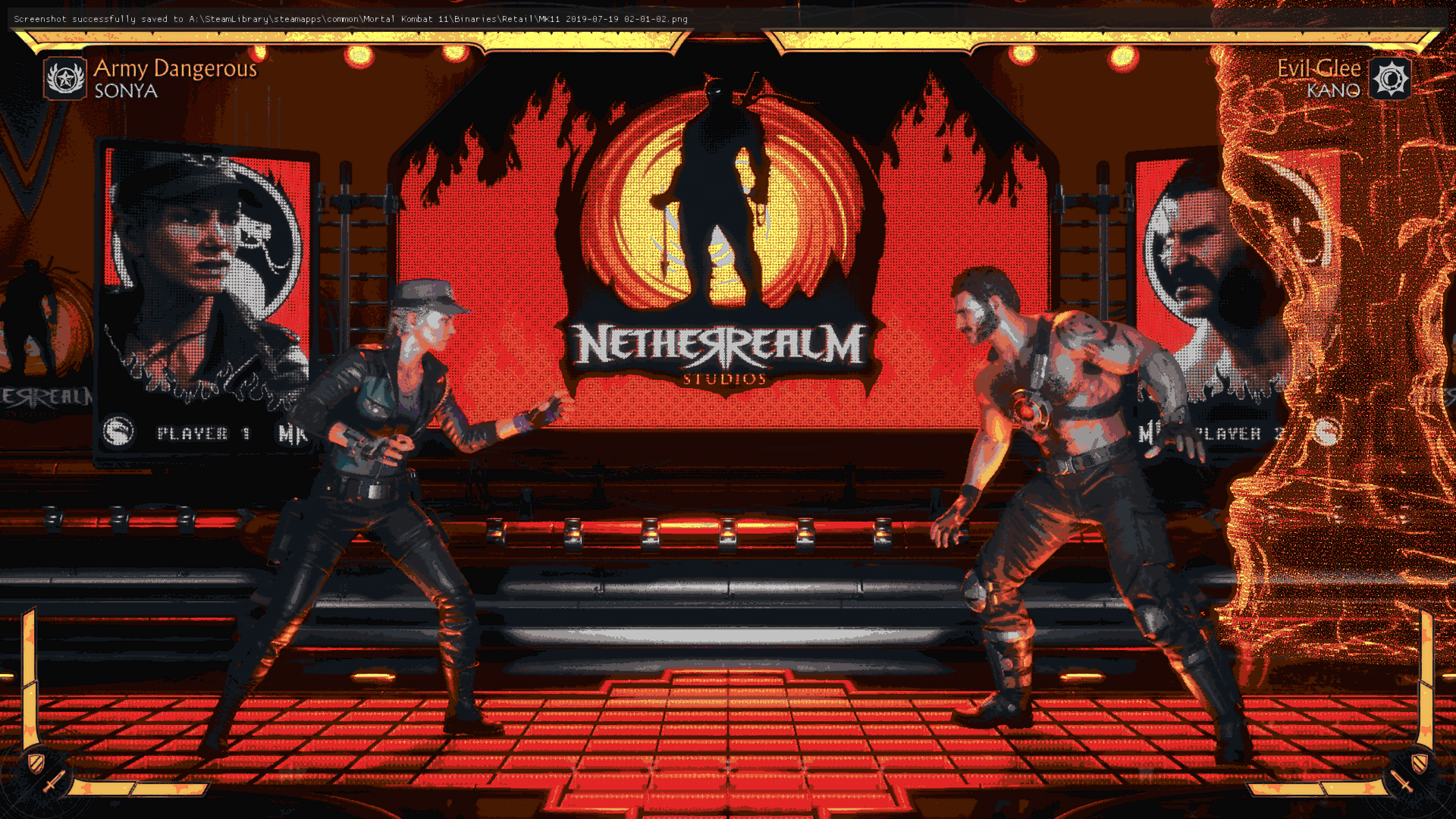 NetherRealm Studios has now started to release DLC fighters for Mortal Kombat 11. The first DLC was Shang Tsung and it is being followed by Nightwolf. The release date was leaked by a listing on the Nintendo eShop confirming when fans can get their hands on Nightwolf.

Previous Article
Mortal Kombat 11 Nightwolf DLC Release Date Has Leaked
Next Article
CDPR: Cyberpunk 2077 Has No Pre-Order Bonus So That Everyone Can Get The “Same Content”