Nintendo Switch Lite is a brand new handheld from Nintendo. How does this handheld compare next to the Nintendo 3DS in term of weight and size?

Nintendo Switch Lite was recently announced and will launch on September 20, 2019. It will retail for $199, which is $100 less than the regular hybrid Nintendo Switch. The lack of docked mode makes it a portable only console that has a better battery life and handheld design. It is apparently not the only hardware revision that Nintendo is working on for the Switch.

Here is a comparison of all of the three 3DS models with the two different Switch hardware revisions. The size of the new Lite revision appears to be bigger than every 3DS save for the clamshell design. It is also a lot smaller than the regular Nintendo Switch. 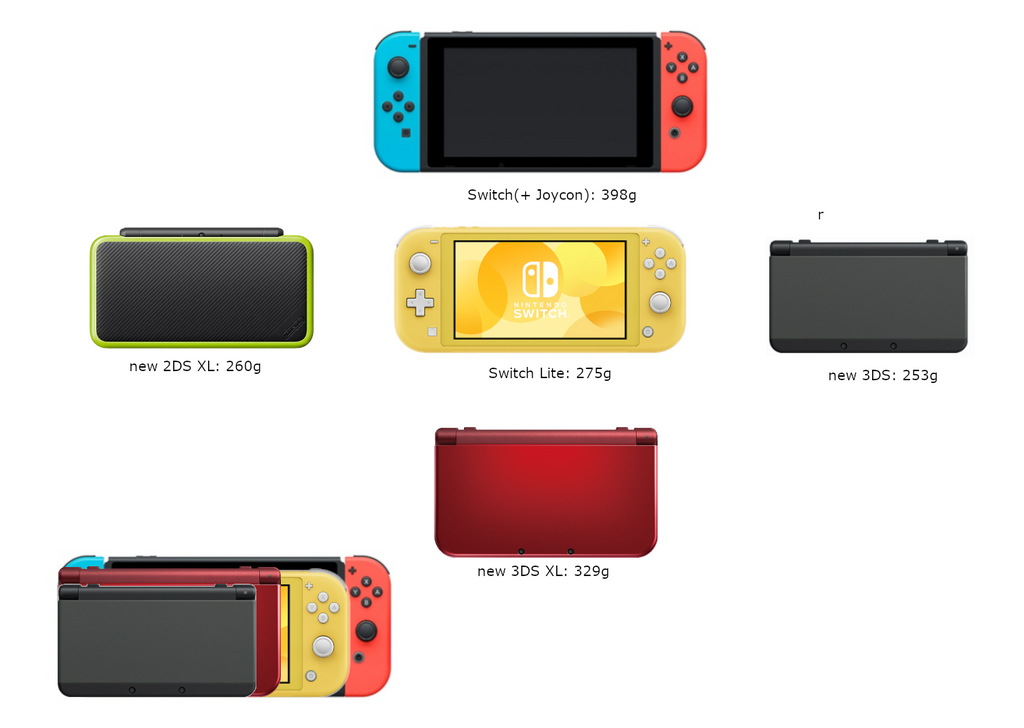 This should give an idea of how the newest Nintendo console can compare against its predecessors. Nintendo has said that Lite won’t replace the 3DS as a handheld but all signs point it to the opposite being true after the software support for 3DS has started to dry up and the system updates that it is getting are mostly useless.