Sony has officially announced the PS Plus lineup for February 2021, but there is more to it in the Asia and Japan subscription with two additional games.

While this might look good, it can be even better for Asia and Japanese PS Plus subscribers who are getting not just one but two different games. Well, this is partially true for Japan since it has only added one additional game. 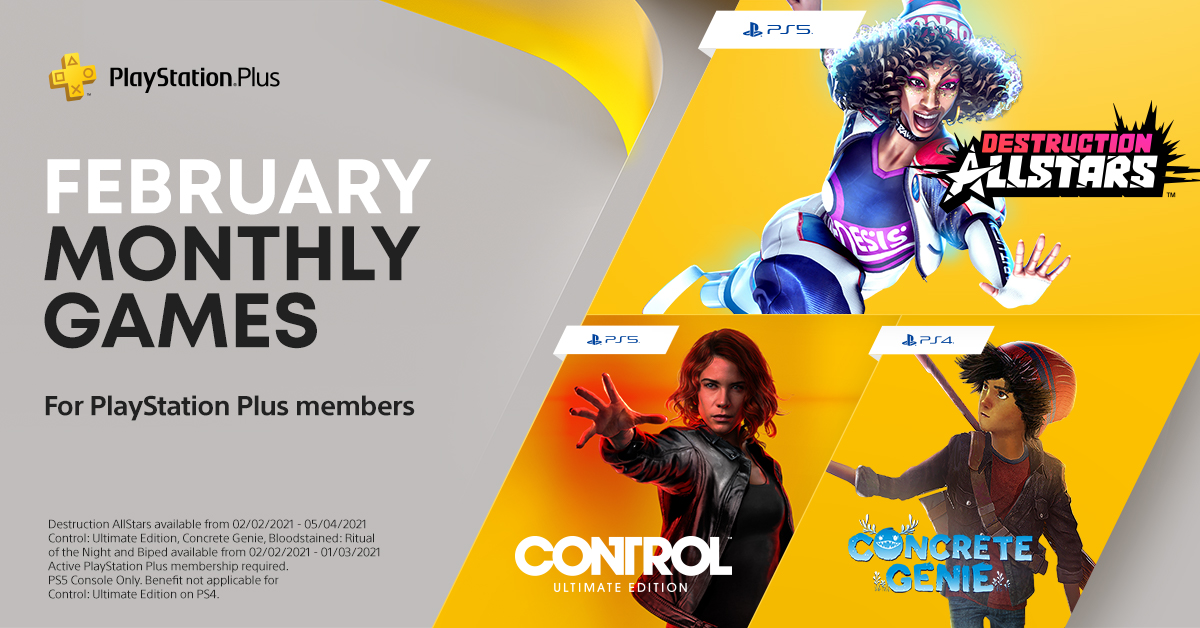 Here is the final list of games in February for PlayStation Plus subscribers in Asia and Japan.

But there is a caveat here. While Control Ultimate Edition is being given for both PS4 and PS5 in Canada, North America, and Europe, it is not the case for Asia and Japan. So while the PS4 users will miss out on Control Ultimate Edition, they can get Bloodstained: Ritual of the Night and Biped for PS4. As for the PlayStation Plus subscribers that have a PS5, they get the best of both worlds with five total games.