PS4 To Price Drop To $150 For Black Friday Deal, Cheapest So Far

Sony is going with an aggressive Black Friday deal for their PS4 this year with a price drop of $50 to $150 for a PS4 making it the cheapest offer so far.

PS4 has been on sale during every Black Friday but it has never dropped to $200. Last year, Sony had a killer deal with a PS4 and Spider-Man bundle and this year they appear to be making it further cheaper by dropping the price to $150.

A new promotional ad has been leaked for Walmart that has consoles like the PS4 and Xbox One being sold for $150. Nintendo Switch is also getting a price drop to $200 for Black Friday, which is another amazing deal if you are in the market for a Nintendo Switch. The ad was posted to CheapAssGamer and can be seen below. 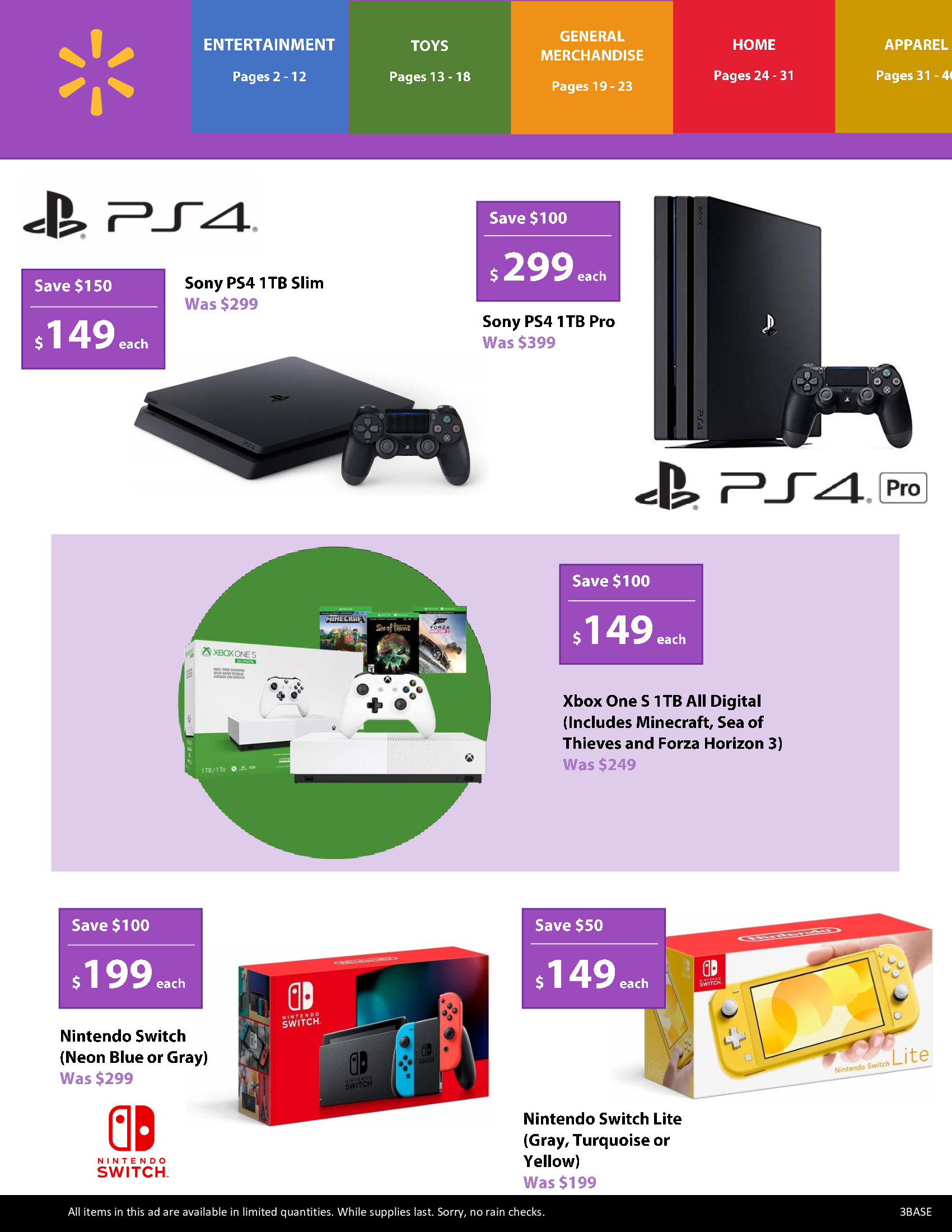 Another killer deal is for the Nintendo Switch, which will be sold for $150. This portable only version of the Nintendo Switch has launched in September and it is already being price dropped to $150 making it an attractive offer for those who are looking to get one.

Read More: Batman Arkham Legacy Is Reportedly The Next Game In The Series

Previous Article
WWE 2K20 Requires a Massive Day One Update Adding To The File Size
Next Article
The Outer Worlds Pre-Load Is Live On Xbox Game Pass, Day One Update Out Now