Sony has confirmed the price of PS5 in India along with the games that will be sold with it, but due to the trademark issue, there is no release date.

Sony is planning to launch both the digital edition and the disc edition of the PlayStation 5 in India. The pricing for the digital edition is 39,990 INR while the disc edition is 49,990 INR. They haven’t announced a release date on when the console is expected to launch, however, as we reported earlier, there was a dispute with the PS5 trademark that will be resolved soon as per the latest update. 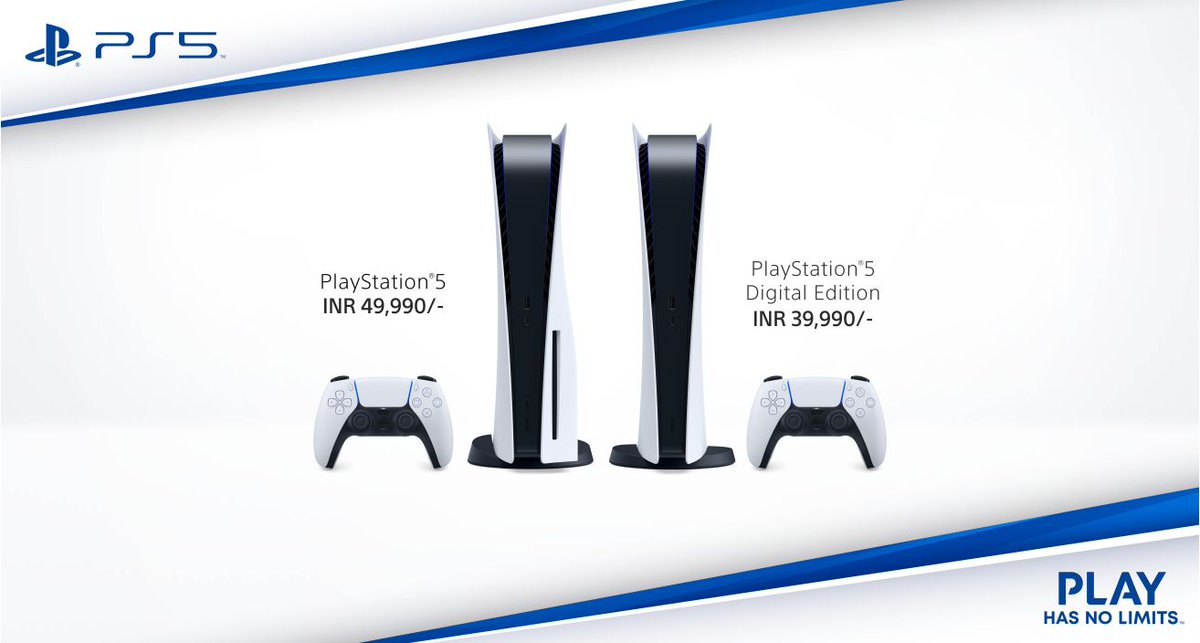 Read More: Ghost of Tsushima Update 1.12 Is Out, File Size and Patch Notes

The pricing for games appears to be in line with the USA, however, accessories are slightly more expensive. The biggest takeaway here is that the console price is far higher than expected so it could lead to a slow start in India. For comparison, the Xbox Series X has been priced at 34,990 in India.