The Alliance Alive HD was first released last year as an exclusive JRPG on the Nintendo 3DS. Japanese developer Furyu hadn’t managed to achieve great success with their projects and after the failure of Legend of Legacy, Alliance Alive was their next big game. What was noteworthy for this game was that some of the ex-Suikoden development staff were involved with this project. The music was composed by Masashi Hamauzu, known for his work on the SaGa series.

The Alliance Alive HD is a remaster of the 3DS game and it doesn’t offer anything major or noteworthy if you have already finished the original. The big selling point is that now the visuals are remastered to high-definition standards but the textures are still low-quality so it leads to a strange half-baked upgrade. The good thing though is that the art style is pretty decent and the character art helps salvage some of the low-budget material that has made its way from the Nintendo 3DS release. Some small quality-of-life improvements make this version streamlined to play like the ability to quick save and fast forward through battles. 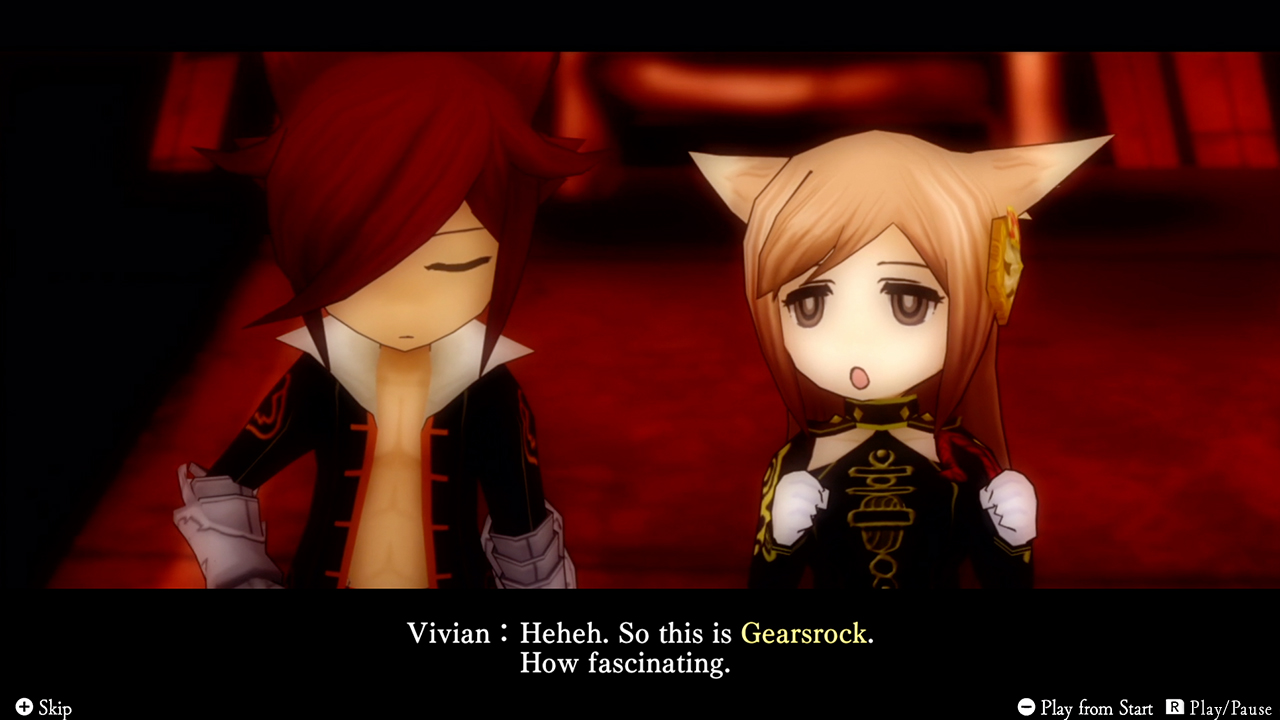 The Alliance Alive HD is set in a world that is claimed by Daemons. They arrived in the world through another realm almost a thousand years ago and managed to subjugate humans forcing them to live into separate regions. Each region of this world is hard to reach through normal means which means humanity is separated and forced to work for their Daemonic overlords. There are nine main heroes in the game with the opening chapters setting up each one of them and expanding on their backstories. Once the introduction is completed, they team up to reclaim their land from the Daemons and save the world.

The main story in The Alliance Alive HD is nothing special since it is pretty standard and a typical save the world affair. The good thing is that character development is excellent and the interaction between the characters including their banter helps set up the atmosphere for your journey across this world. The progression system is also excellent, letting the players gradually explore the open map with locked or inaccessible areas that can be reached once you unlock the means to travel to them.

If you are tired of the traditional level-up system in most RPGs where experience points become a need to grind, The Alliance Alive HD offers a good alternative. This method of leveling up characters should be familiar to those who have played the SaGa series. It feels more like a spiritual successor to it. After every battle, instead of giving the player a set of experience points, they are given talent points that can be used to unlock various stat-boosting effects.

Leveling up and learning new skills is also relatively simple and can be pulled off even in simple enemy battles. Your character can equip multiple weapons with each of them offering their unique attacks. Some characters can use magic while others can offer more offensive attacks. If you use an attack with a specific weapon equipped, you can end up learning new skills this way or upgrading the existing ones to enhance their power. It removes the need to grind and also makes normal enemy encounters exciting instead of awarding low experience points. 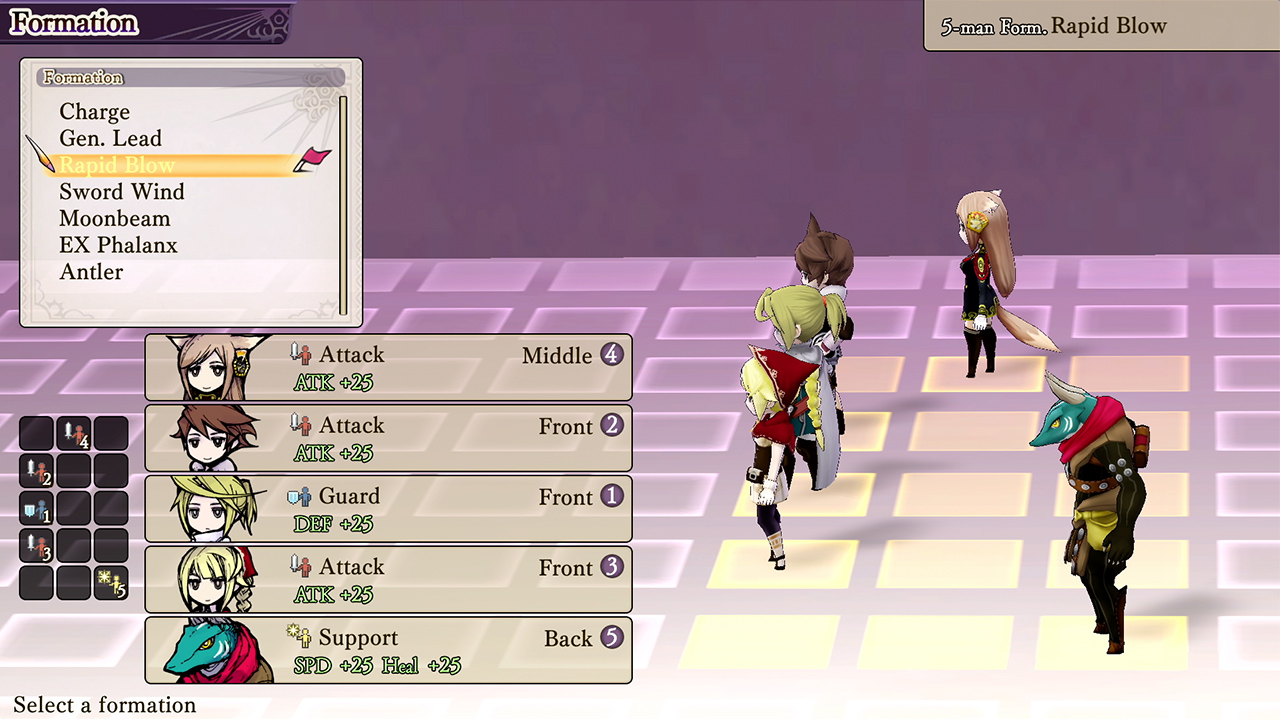 Battles are mostly fun because of the lack of grind. I never found the game difficult so if you are looking for a challenge, this is not going to provide it. Battles might be turn-based but enemies do appear on the screen so it is possible to avoid them. Once you get into a battle, it is possible to adjust the game’s speed to run 2x to 4x faster. This can lead to avoiding the typically slow pace that is associated with a JRPG in which you fight the same enemies again.

The story feels like it could be better and there are moments in the game when the game screeches to a halt and I was forced to play through just to see an end to it, but overall, the experience is mostly positive with some memorable moments. I enjoyed how the characters were presented and how each one of them was given their due importance. The party banter is also enjoyable and makes the exploration of the world map pleasant. An interesting system was implemented with the Guild Towers which can provide some help in battles in specific regions. 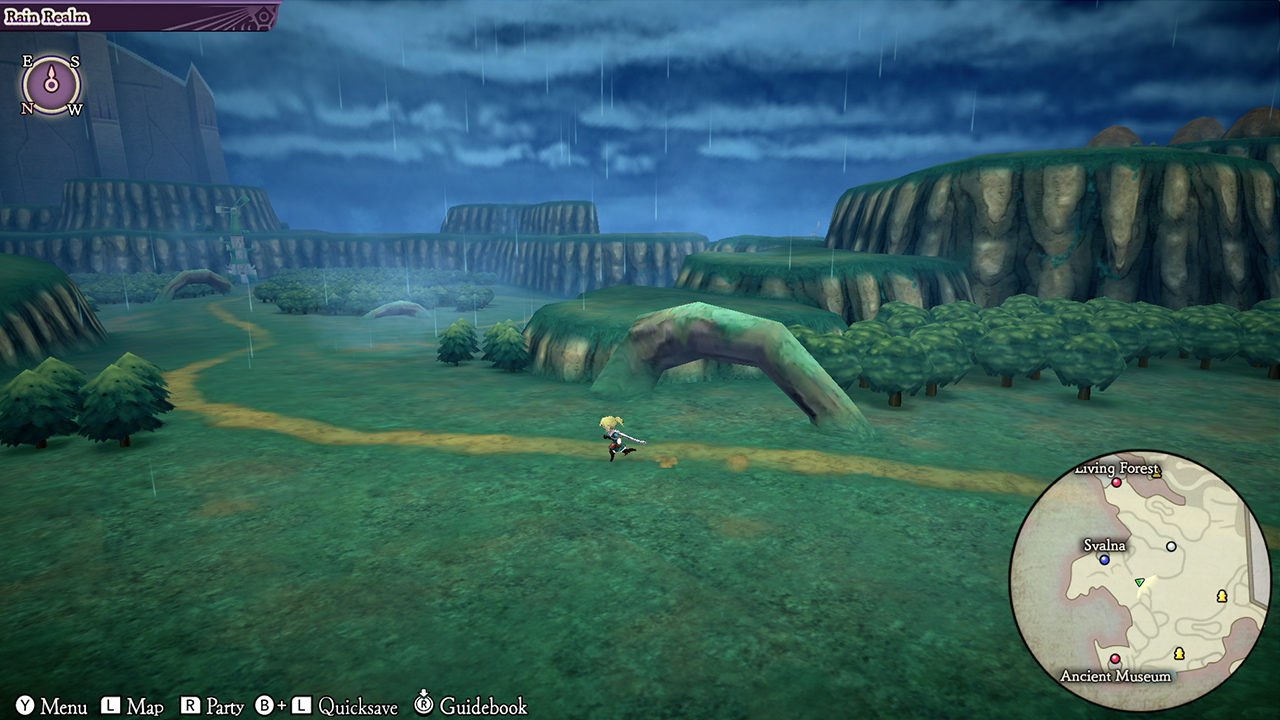 Now comes the point where I talk about the positives of this HD remaster. The visuals are certainly not one of them even though the art style is pretty decent. It is mainly a chibi-based art style so if you are not a fan of it, this game won’t look any better. That said, I think the character interaction, combat, and exploration is all pretty good for a JRPG. The story is weak but not that bad to make the experience worse. If you are itching to play through the game again hoping this upgrade is worth a replay, I wouldn’t recommend it.

The Alliance Alive has been given a second chance with this HD remaster. It is another great addition to the existing JRPG library of the Nintendo Switch. It offers multiple characters with colorful personalities and a battle system that feels like a spiritual successor to the SaGa series.