Ubisoft has released a new Title Update 3 for Tom Clancy’s The Division 2 adding in support for an 8-player raid: Operation Dark Hours. When it was confirmed that there won’t be any matchmaking support for the raid, it has led to frustration among the fans who were told that matchmaking will be supported for every activity in the game.

After the title update was released yesterday for Tom Clancy’s The Division 2, it was hinted that this new raid won’t support matchmaking. Here’s what Ubisoft has shared about this eight-player raid which will reportedly go live on May 16.

Operation Dark Hours is our first 8-player raid coming to Tom Clancy’s The Division 2. Teamwork, collaboration, and adaptation will be necessary to defeat the Black Tusk. More information and exact opening times will be revealed soon.

A huge thread on reddit was made on this issue and it has even prompted a response from Ubisoft. As it currently stands, community manager for The Division 2 has said that he will check in with Ubisoft Massive to get the “full overview and explanation” for Operation Dark Hours raid. 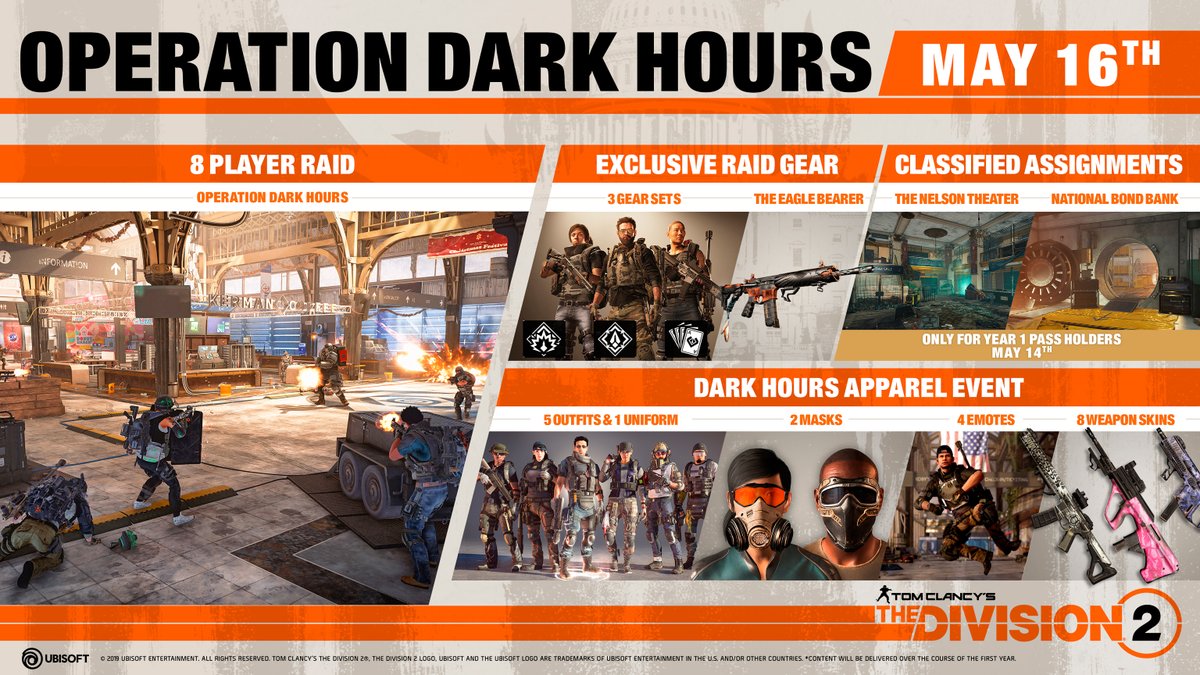 This matters more for a game like The Division 2 because everything in the game itself supports matchmaking one way or another. You can try to privately invite others to join your party but this will require you to know the players. Raid is usually challenging and requires a lot of teamwork to finish them.

In the past, Destiny has used similar tactics and faced backlash, but it didn’t lead to matchmaking being added for the raids. Tom Clancy’s The Division 2 is different because it supports matchmaking for almost every activity so raids were expected to support it as well, and it hasn’t turned out to be the case so far.

Tags:
Previous Article
Red Dead Redemption 2 HDR Is Finally Fixed In The New Update
Next Article
Ubisoft Might Have Teased a New Splinter Cell, Or Did They?

PS Plus June 2019: Here Are The Rumored Games For PlayStation Plus