The Last of Us Part 2 is getting a media event on September 24. This could mean that Sony is close to announcing a release date for the game.

There have been many rumors about a release date for The Last of Us Part 2. It was first teased by the voice actress for Elie, Ashley Johnson. It was later speculated through a leak by a Chinese retailer which hinted at multiple editions of the game. We also had heard rumors about the game getting release date before October.

The Last of Us Part 2 will finally get its release date if we go by this special media event. This news was confirmed and shared by Geoff Keighley on his twitter account. It included an image of the media event along with a September 24, 2019 date. The event is going to take place in Los Angeles, CA. 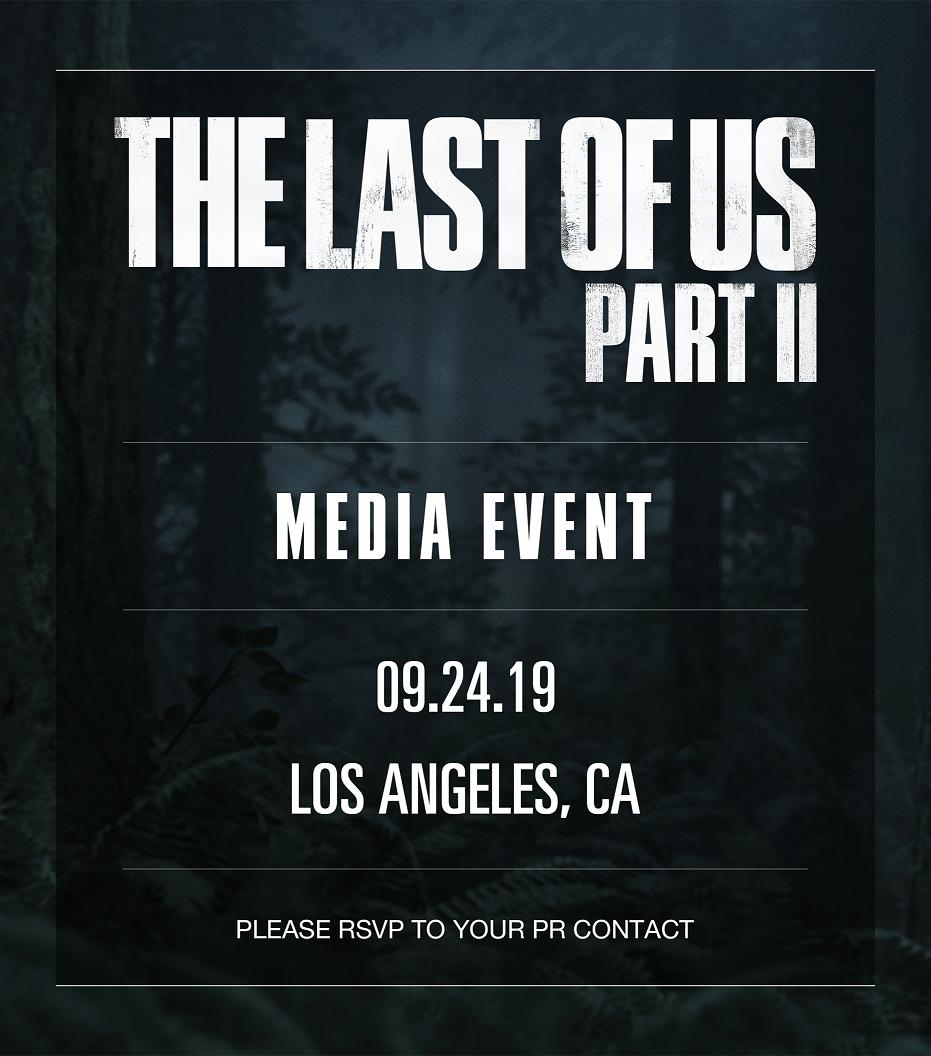 In a recent event held by GameStop for its employees, there was some new footage shown for the game. This footage is supposedly going to be revealed for the public at this event along with the release date.

Most of the rumors around the release date for the game put it in the 1st half of 2020. The release month has been long speculated to be in February 2020. This hasn’t been confirmed by Naughty Dog yet so we will have to wait for this media event to get an official announcement and confirmation for the game.

Tags:
Previous Article
Nintendo Switch Firmware Update 9.0.0 and Controller Update Released
Next Article
FIFA 20 Demo Download: Here’s How To Get It For PS4, Xbox One, and PC