The Outer Worlds: List of All Censored Names For Character Creation

The Outer Worlds censors a long list of names during character creation. This includes words like Muslim, Transgender, and Gay.

Obsidian Entertainment has released its brand new IP The Outer Worlds for PS4, Xbox One, and PC. The game comes with support for the PS4 Pro and Xbox One X at launch. It also has a massive day one patch on both platforms.

The Outer Worlds, like a traditional Western RPG, has a character creation at launch. This also allows the player to name their character and there is a lot of words that are censored and can’t be used as a username.

As shared by a user on reddit, there are around 500 words that can’t be used in the game as a name for your character. There are likely going to more but these are the ones that have been discovered so far. 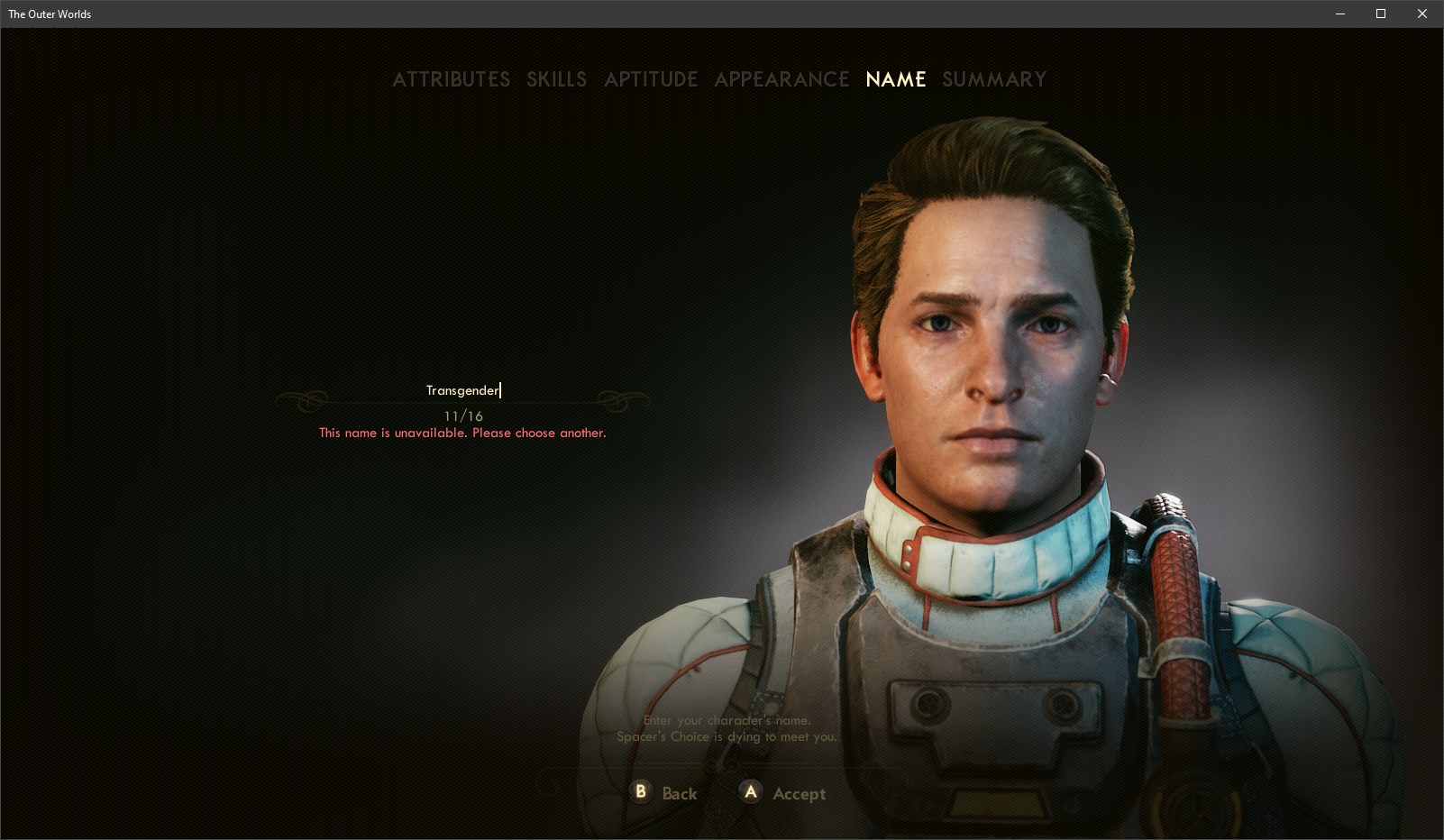 Here’s what happens if you put a banned word as a username during the character creation process. It simply states that this name is unavailable and asks to pick a different name.

To view the complete list, there is a Pastebin available that has most of the banned words listed there. Obsidian Entertainment might have their reasons to ban such names but in the case of The Outer Worlds, it is a little surprising to see they have banned it. This is because there is no online multiplayer available in The Outer Worlds.

Obsidian Entertainment was acquired by Microsoft but not before they managed to release a brand new IP which was published by Private Division. It can take between 25 to 40 hours if you wondering about the game’s length. The game also launched on day one with Xbox Game Pass for both PC and Xbox One.

Previous Article
MediEvil PS4: How To Unlock Original MediEvil From PS1
Next Article
The Rise of Skywalker Runtime Confirms It As The Longest Star Wars Movie