Xbox Game Pass Is Bringing Tropico 6 and More In July

Microsoft has shared the latest update for Xbox Game Pass confirming the new games that are coming to the subscription service later this month.

The Medium is finally benefitting from the addition of Xbox Series X to the xCloud servers. It will be available to play through the Cloud streaming later this month so if you missed out on the game due to the current-generation exclusivity, you can give it a try. You can also read our review to get a better idea of the game.

Other games that are confirmed to launch on the Xbox Game Pass include Tropico 6, UFC 4, Bloodroots, and more. Get the complete lineup below.

This is not the complete list of games. Some of the other additions for later this month include Cris Tales, Last Stop, and The Forbidden City. 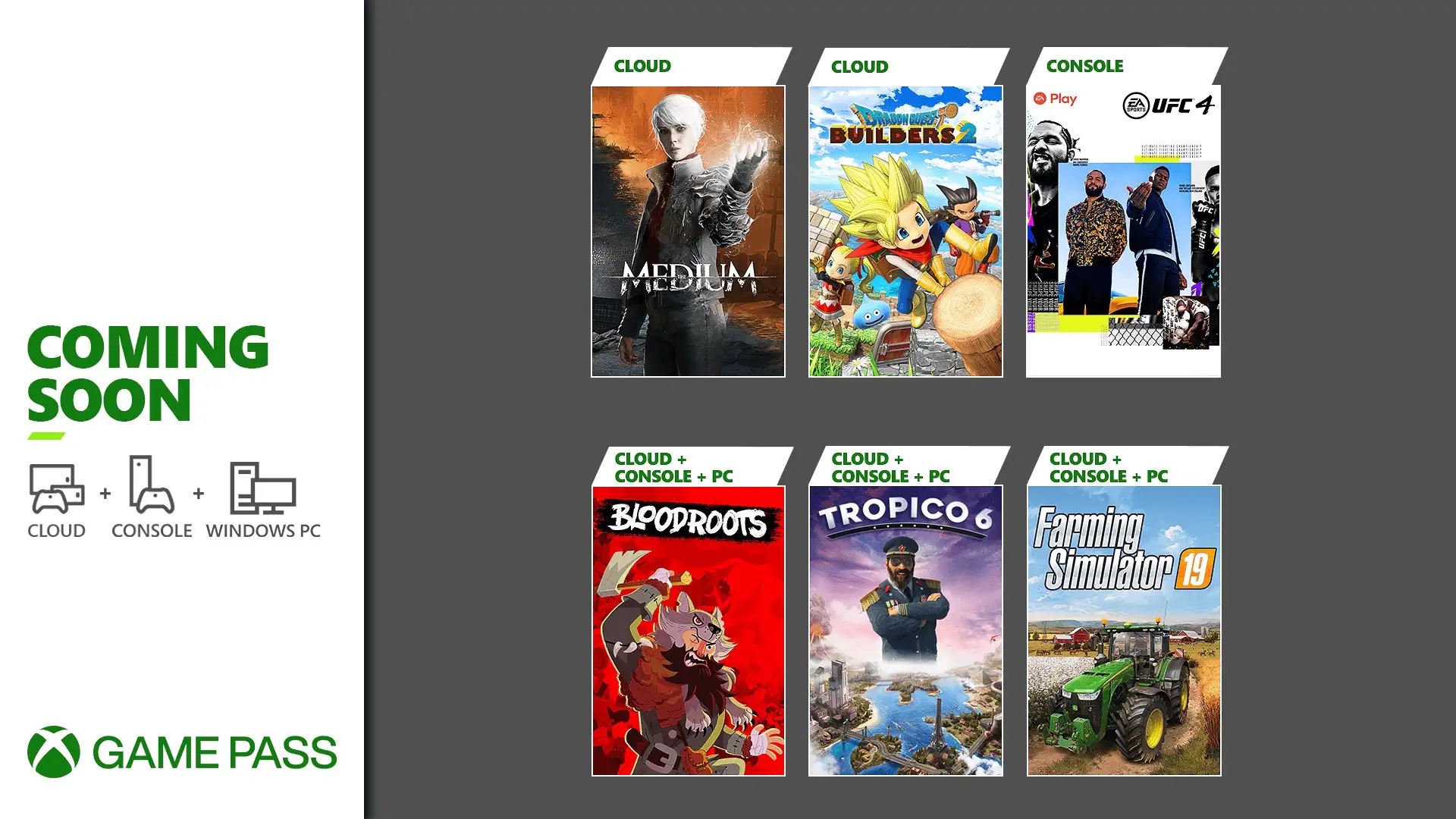 Just like every new update, some games will be leaving the service as well. See the list below to find out what is being removed from the service.

These are not the only games that are leaving the service so expect to see an update soon as well.