Xbox Game Pass: All New Games Coming To and Leaving In October

Microsoft has shared an update for Xbox Game Pass confirming games that will be leaving the service soon in addition to announcing new ones.

We had reported about Brutal Legend returning to the Xbox One Store as part of the backward compatibility program, and this is confirmed now with an update today. Brutal Legend will be added to Xbox Game Pass for free in October. Other new games that are confirmed are DOOM Eternal and Forza Motorsport 7.

Here is the list of games that are confirmed for the Xbox Game Pass in October.

More games will be announced with an update for the Game Pass later in the month. Microsoft usually makes these announcements randomly throughout the month, and sometimes they can be as short as a single game or include multiple games in the update. 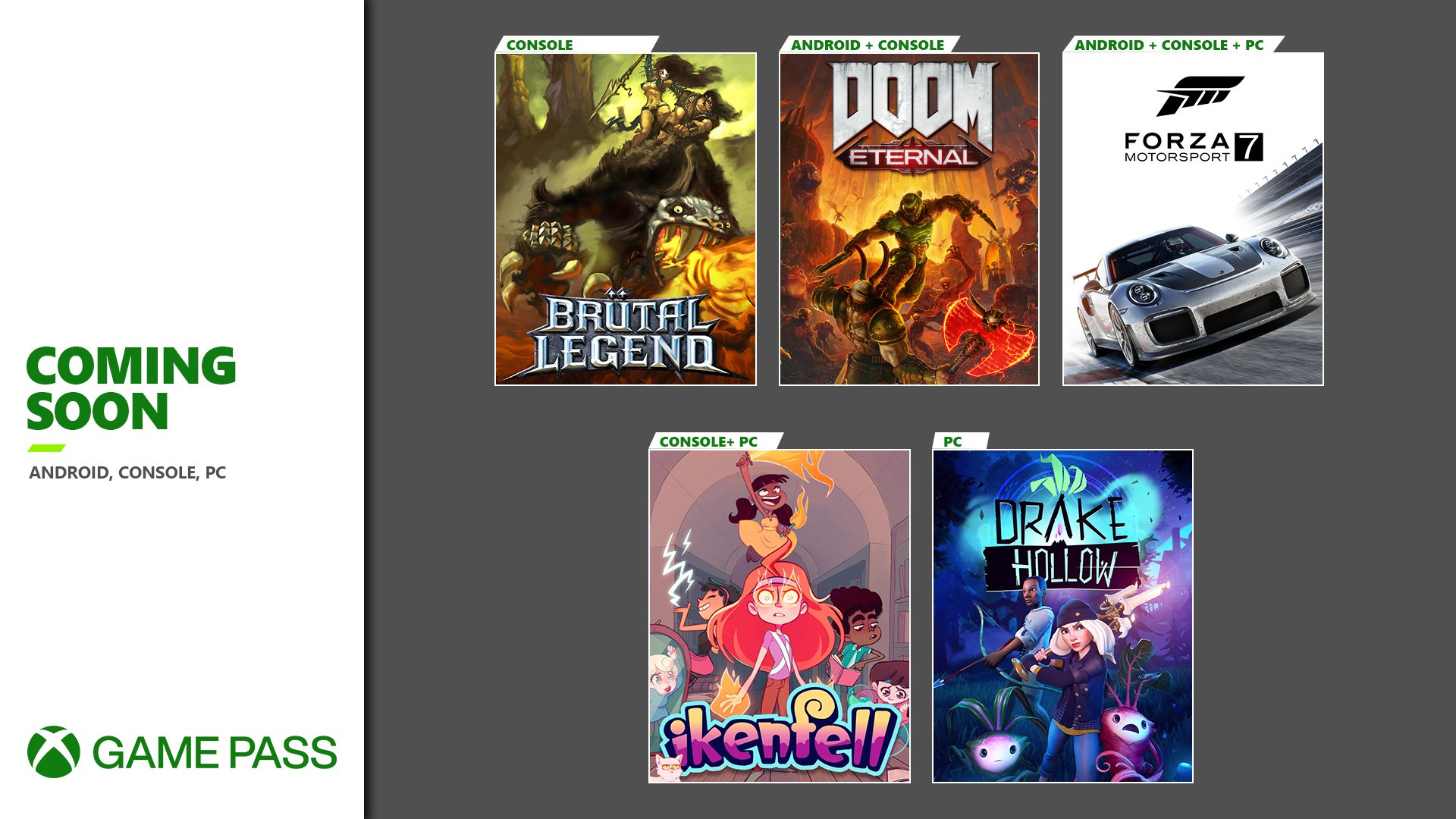 Here are the games that are confirmed to leave the subscription service in October.

Keep in mind that this list is incomplete. New games are added, or removed from the service every once in a while. As October gradually opens up, we will see more additions in the list, or even rare removals like it happened with Dishonored 2 this month.