Microsoft has announced the Xbox Live Games with Gold lineup for the month of October 2020. There are four free games confirmed to launch next month.

Every month, Microsoft releases four new games that are added to the Xbox Live Gold library. They are usually updated in two increments with the first update adding two games followed by another update in the middle of the month, that adds further games. In total, Microsoft gives four free games every month.

Read More: Yakuza: Like a Dragon Will Run at 4k and 60 FPS+ On Xbox Series X

Ever since the focus on Xbox Game Pass, Microsoft has started to deliver low-quality games for Games with Gold subscribers. The last few months have been a mixed bag when it comes to the quality of games offered for the Xbox Live Gold subscribers. 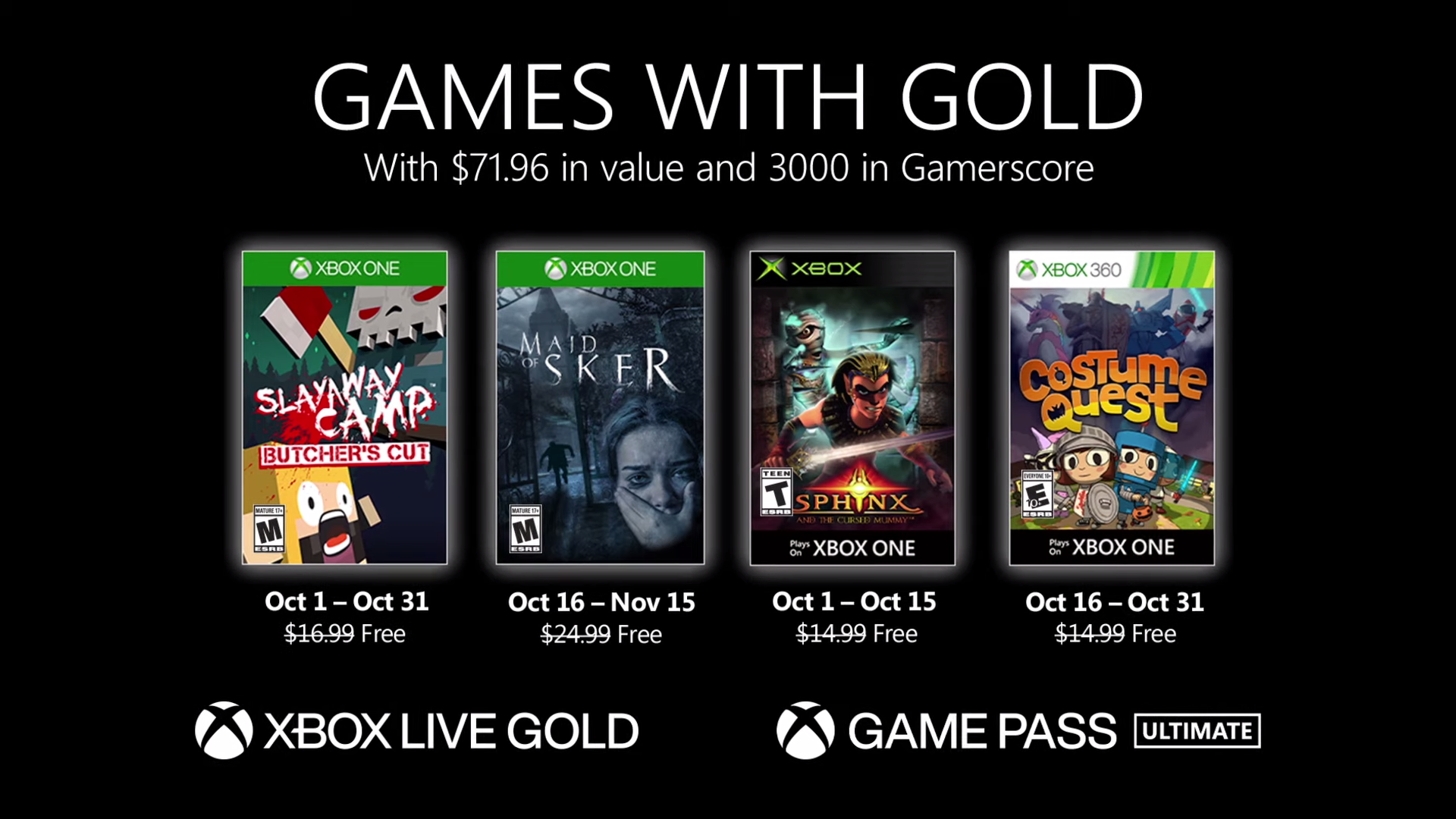 For October 2020, Microsoft has focused on bringing games that are fit with the Halloween theme of the month. As a result, the following is the confirmed list of Games with Gold lineup.

While they are giving a recent game, Maid of Sker, most of the offerings in the coming month are rather old. Sphinx and the Cursed Mummy is for the original Xbox that will be playable on the Xbox One through backward compatibility. Costume Quest is for the Xbox 360 which will be playable on Xbox One through backward compatibility.

Read More: Yakuza: Like a Dragon Gets First Gameplay Footage From PS5

As for the rest of the games, Maid of Sker is a first-person shooter while Slayaway Camp appears to be an isometric puzzle game.

Previous Article
Rocket League Update 1.83 Is Out, Here Are The Patch Notes
Next Article
Marvel’s Spider-Man: Miles Morales Is Up For Pre-Order On PlayStation Store