An alleged image is making the rounds online showing a glimpse of the dashboard for Xbox Series X from an alleged prototype.

Xbox Series X is going to officially launch in Holiday 2020. The console was revealed by Microsoft during The Game Awards at the end of last year. It features a completely different design compared to its predecessors.

While Microsoft has shared details on the design of the Xbox Series X, the final specs are yet to be confirmed. The console is rumored to host a 12 TFlops GPU and will be more powerful than the PlayStation 5 as per the early rumors.

As the next-generation of consoles is getting closer, reports are surfacing regarding the design and specs of the consoles. Sony hasn’t revealed the design of their PlayStation 5 but prototype devkit design images have made their way online. Similarly, an alleged prototype had leaked for Microsoft’s Xbox Series X as well. 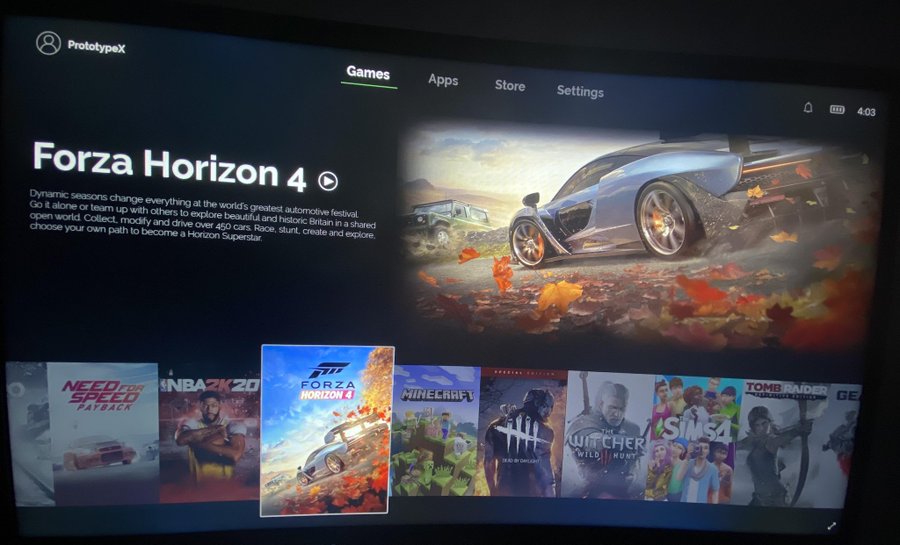