Yakuza 7 Will Have Turn-Based Combat, Trailer and Gameplay Details Shared

Yakuza 7 was officially confirmed by Sega today in an event that was held to announce the game. It will reportedly offer a new turn-based combat system making it a full-blown RPG.

Yakuza 7 was first teased as a “Shin Yakuza” project. The main protagonist was already shown early this year and his name was revealed to be Ichiban Kasuga. After Yakuza 6, Ryu ga Gotoku studio has retired long-time series lead Kazuma Kiryu and the plan now is to start with a fresh new protagonist.

Yakuza 7 will arrive in Japan on January 16, 2020. It is also expected to launch in Europe and North America in 2020. There was no release date confirmed for it but Sega Europe has revealed the title of this new game dropping the numerical sequel and replacing it with a simple Yakuza: Like a Dragon title. The tweet that announced the name has apparently been deleted but you can view the official website.

Yakuza 7 will have a different title in Japan. It will be called Yakuza 7: Whereabouts of Light and Darkness and launch early in January 2020. The combat system in this new game was first teased in an April Fools video but it has turned out to be the real deal.

Yakuza 7 uses a “live command RPG battle” system that combines the series’ signature action with an RPG command system. It has evolved into a system in which anyone can easily enjoy exhilarating battles. In this completely new battle system, Ichiban Kasuga and his party will fight by selecting techniques with various effects such as attack, recovery, support, and more. Enjoy immersive and dynamic battles against all sorts of enemies.

Screenshot showing the combat in action was also shared by Sega on the official website. A short snippet of gameplay from the combat system was seen during the event and can be viewed from here. 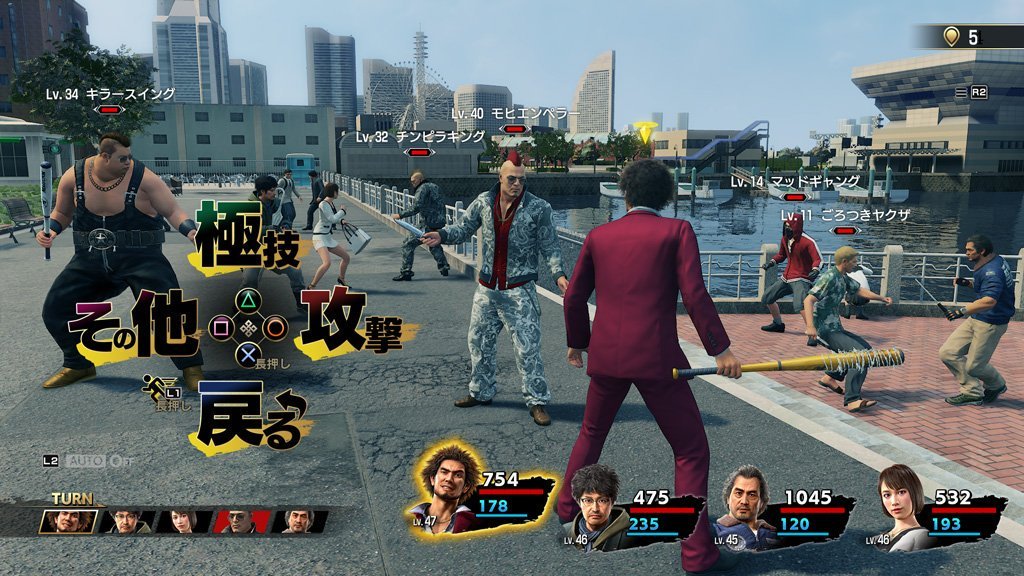 The location is also new this time and confirmed to be Isezaki Ijincho in Yokohama. It is reportedly three times larger than the previously used Kamurocho in Tokyo. Sega has also announced a remastered collection featuring Yakuza 3, 4, and 5, which will launch exclusively on PS4.