Here is a useful set of Anthem Javelin Abilities Infographics that will help you make the decision of picking the best class based on their abilities.

In Anthem, you will pilot these Javelins that are divided into four different classes. You can pick from Interceptor, Colossus, Ranger, or Storm. You are not stuck with any one of them unlike Destiny and can replace them at any point during the game.

This handy infographic for every Javelin Abilities covers all four of them. Get a look at it in the images below. 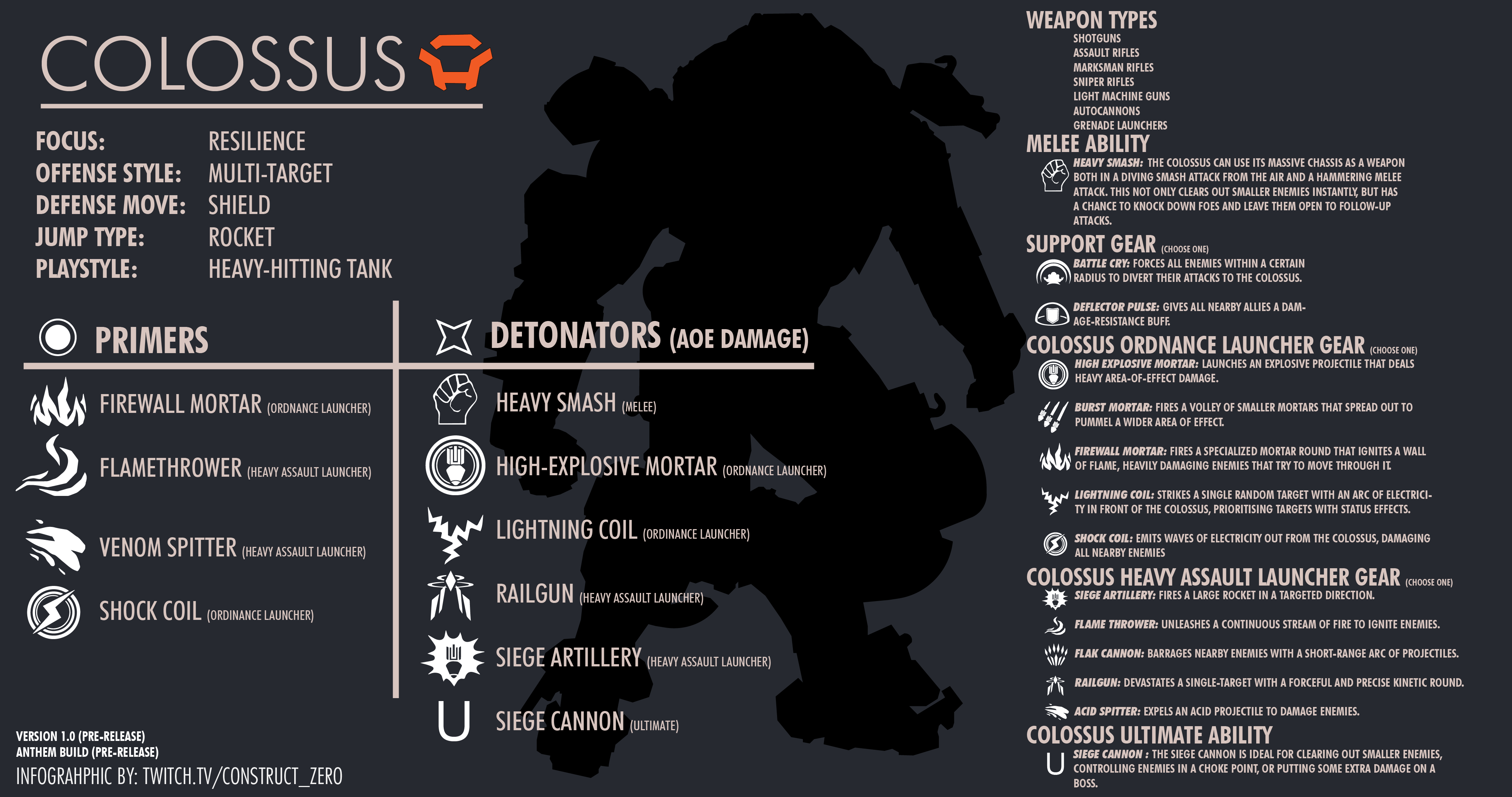 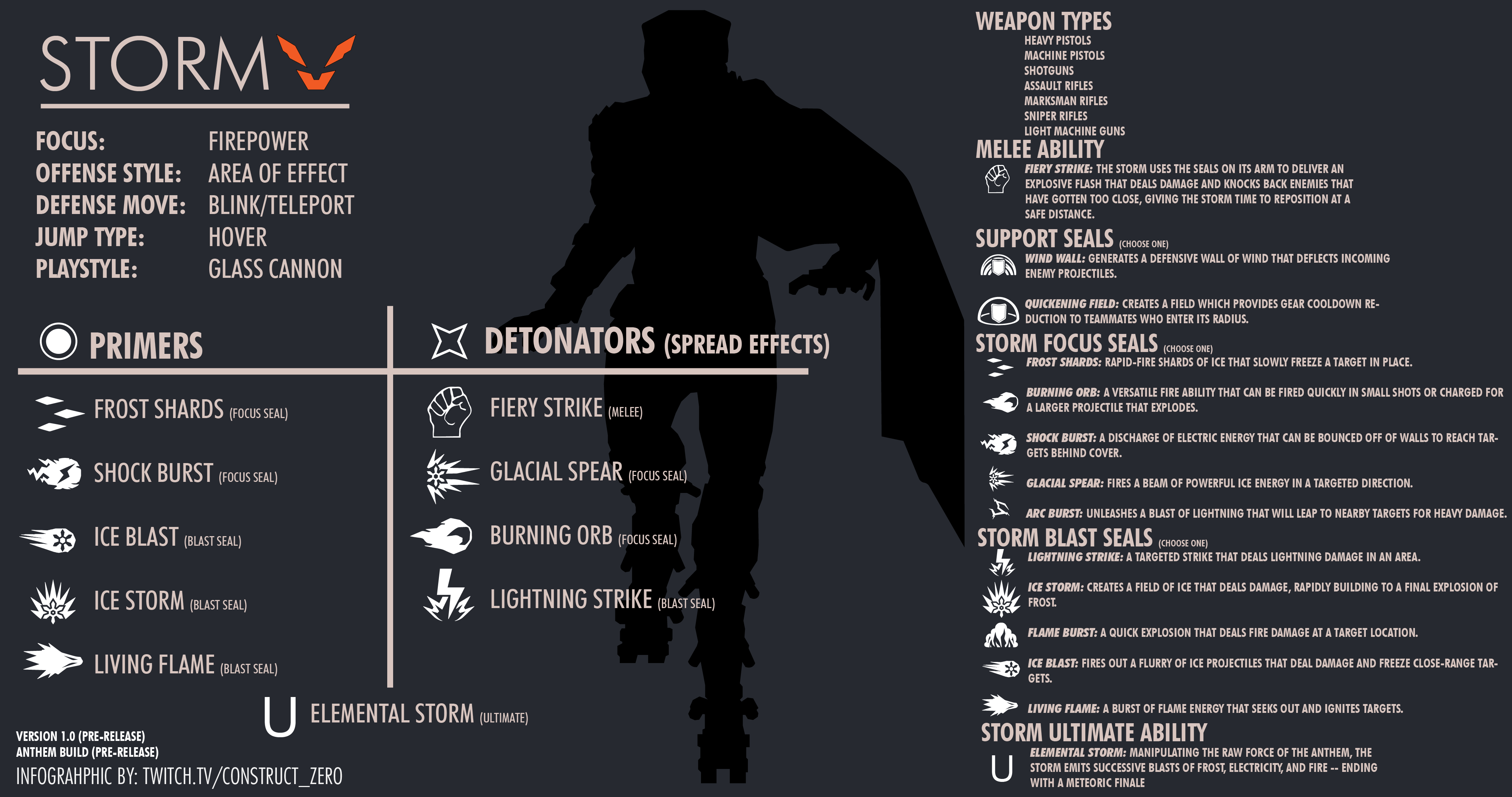 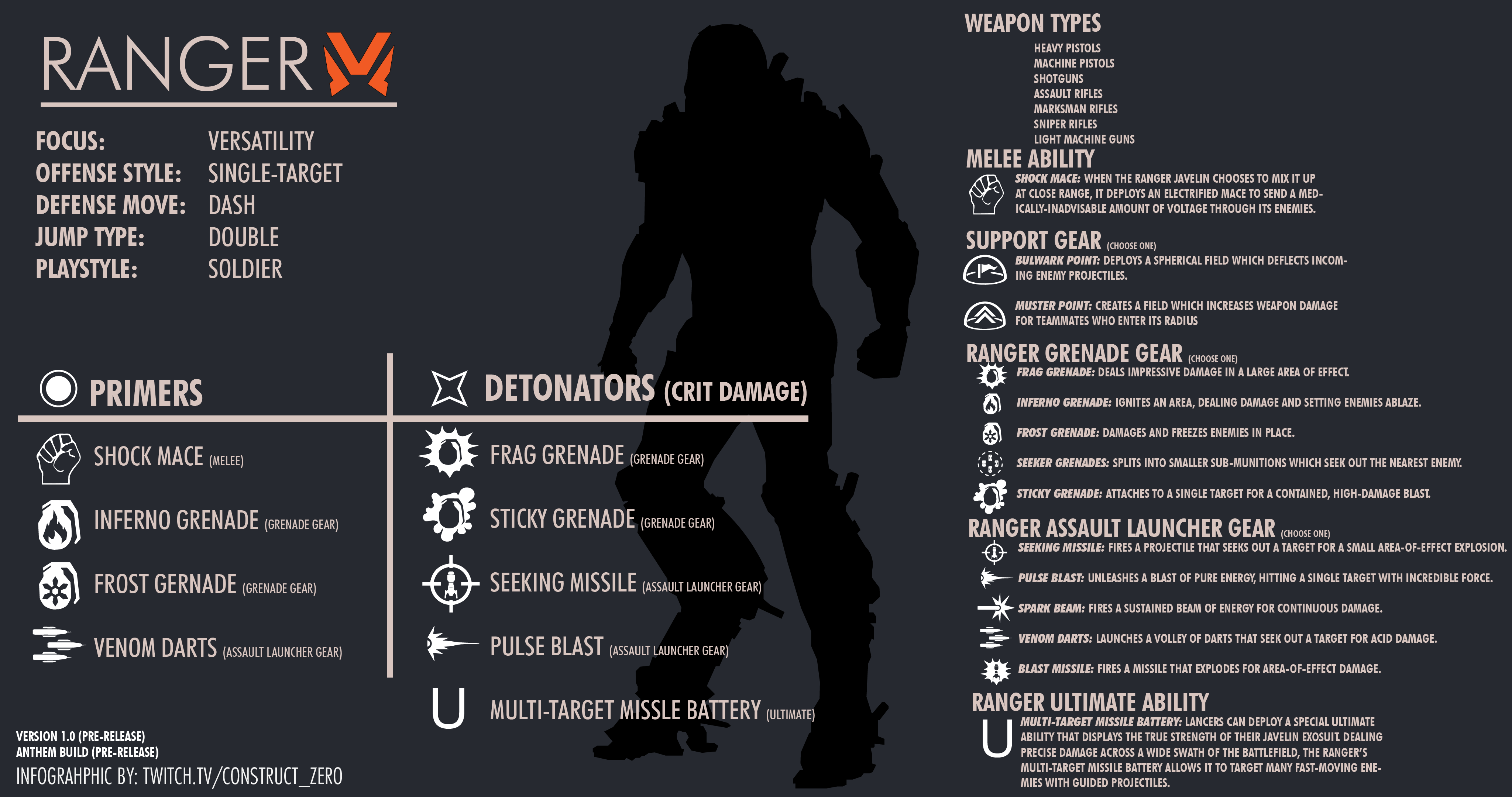 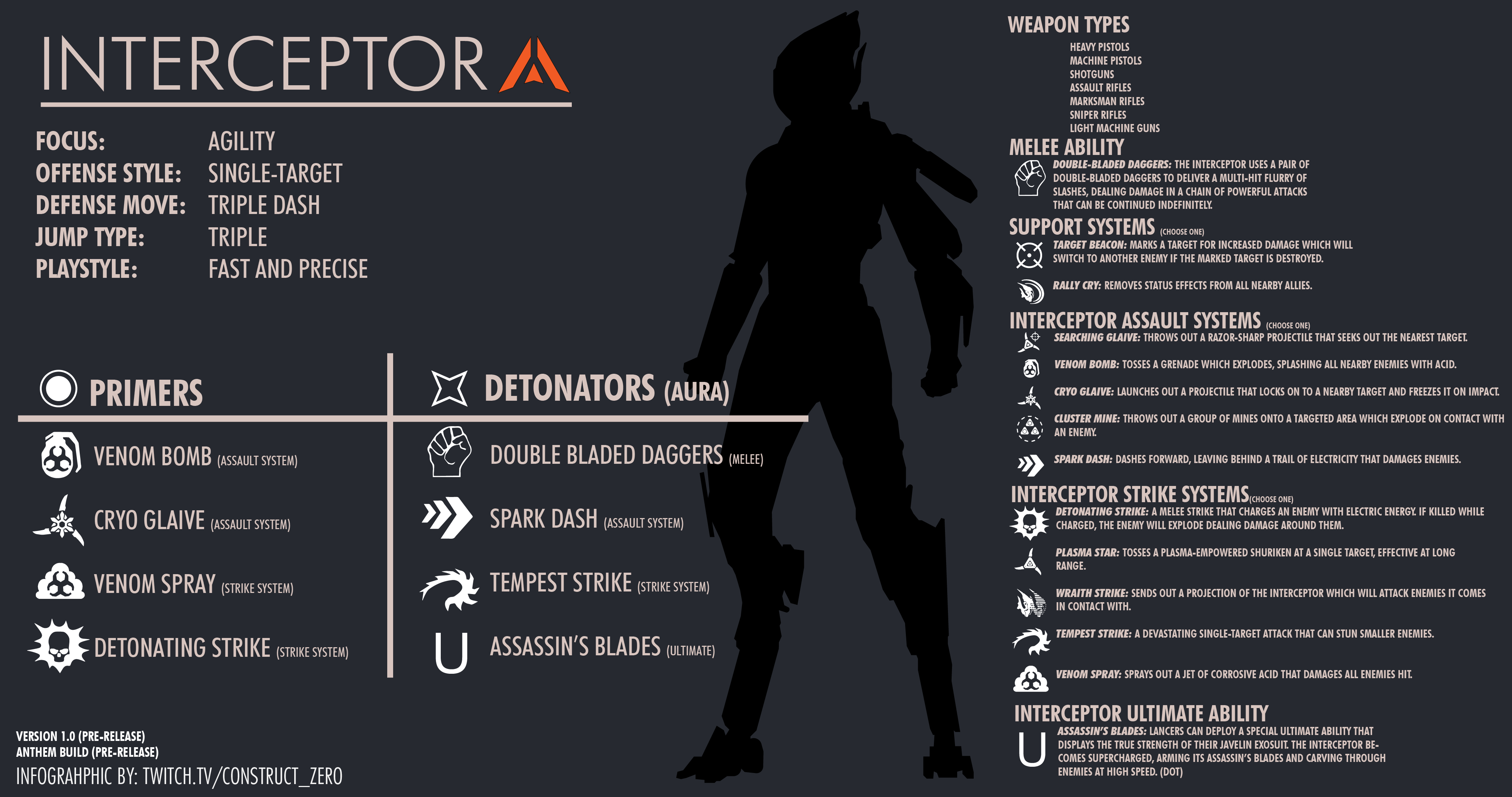 The credit for this chart goes to reddit user Construct_Zero. If you are looking for a different Javelin Abilities chart, there is an alternative available but this one is the best and most detailed one so far.

Anthem just ended its open beta earlier this week. There was a private VIP demo first followed by the open beta that didn’t offer that great performance on Xbox One. The full game is scheduled to launch on February 22 but those with an EA Access or Origin Access on Xbox One or PC will be able to get early access to the game on February 15.

Anthem will also get post-launch support that is divided into three different acts. The first post-launch act schedule was shared by Bioware today with more to follow in the coming days. The game will also offer live events as it happened at the end of the open beta.