Anthem open demo is playable starting February 1st so here is a list of changes and some updates to the upcoming demo that will help you get a better idea of what’s new and fixed in it.

Bioware is releasing the open demo for the game starting February 1st where it will continue until February 3rd. Anyone can join the open beta by downloading the client from the respective storefront.

How To Download Anthem Open Demo For PS4, Xbox One and PC?

Please use the links given below to download the demo to your preferred platform.

To download the demo on PC, you first need an EA Origin account and then make sure to use the “Try It First” option on the dashboard to get the demo. 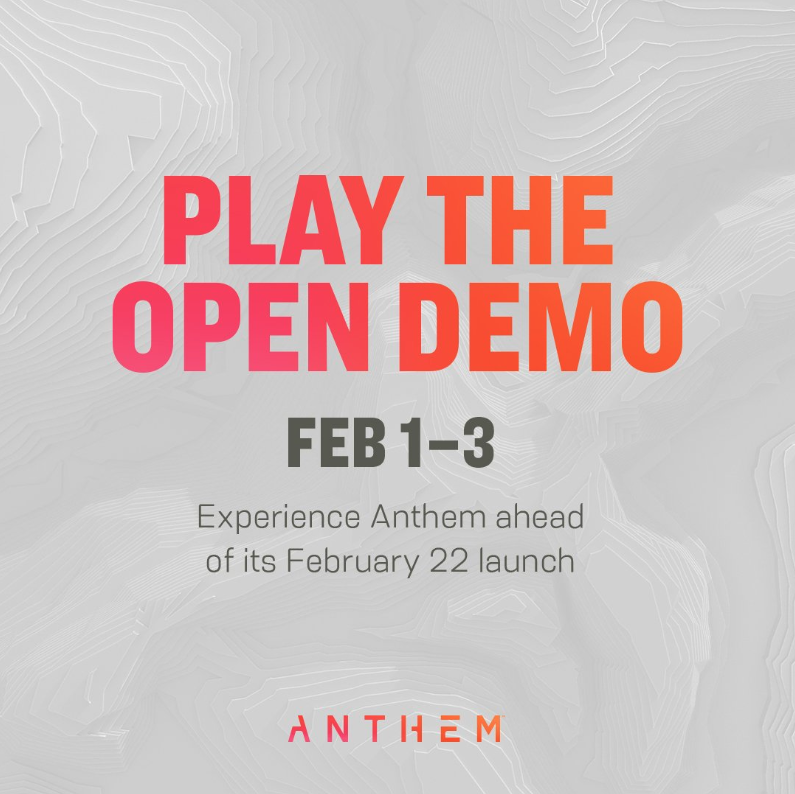 Before releasing this open demo, Bioware had a limited time private beta followed by a VIP demo that unfortunately didn’t do that well with plenty of issues for the game’s server.

Anthem runs at 30 FPS on all consoles but the base console version doesn’t run it that well. The world map in Anthem is huge and make sure to check out this useful ability damage types by the class chart for Javelins.

If you are looking forward to the open demo, don’t forget to preload it before the servers go live. Hopefully this time, there are no major server issues so everyone can give it a chance. Let us know if you have faced any issue in downloading the demo in the comments below.

Previous Article
PS4 Was The Best Selling Console of 2018 At 18M Sold Compared To 17.5M Shipped For Nintendo Switch
Next Article
Crackdown 3 Rated By ESRB, Story and Gameplay Details Shared