Borderlands 3 is confirmed to get a free next-generation upgrade for the current owners. The game will run at 4K and 60 FPS on PS5 and Xbox Series X.

Borderlands 3 is one of the many games that are confirmed to get a next-generation upgrade. It will run at 4K and 60 FPS on PS5 and Xbox Series X in single-player mode. Gearbox Software is also working on releasing a vertical split-screen mode for both the current generation and next-generation consoles.

One additional feature that will be exclusive to the next-generation consoles is 3 to 4 player split-screen. It will be supported for the Xbox Series S as well in addition to Series X and PS5. All of these next-generation features will be offered through a free upgrade to those who already own the base game or its expansions. 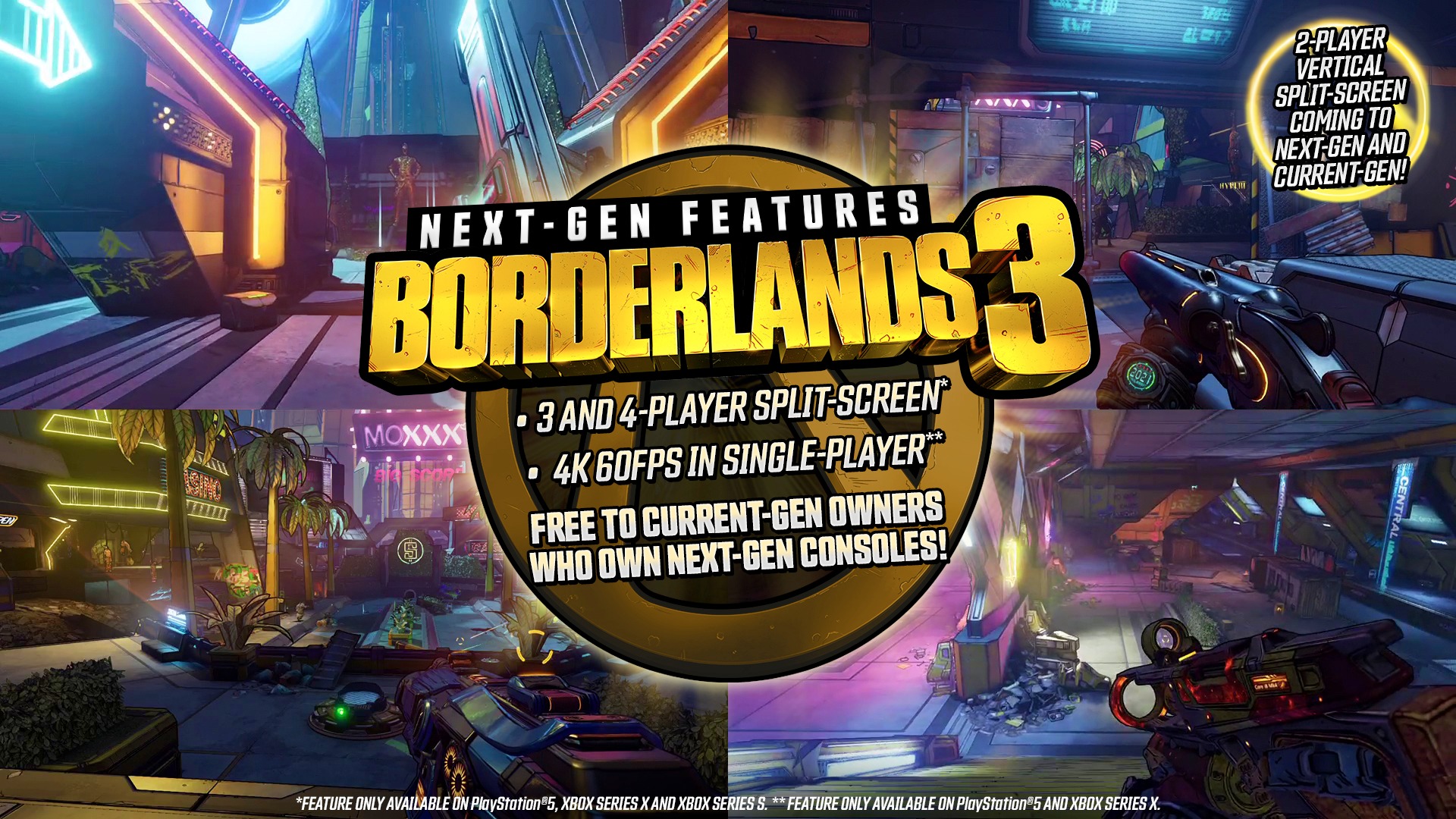 Borderlands 3 is a first-person loot-shooter that was released for the PS4, Xbox One, and PC in September last year. It has also received multiple expansions so far. The last one being Psycho Krieg and the Fantastic Fustercluck. It was the fourth DLC that was also a part of the expansion pass for the game.

Borderlands 3 runs at 60 FPS on the PS4 and Xbox One but with 1080p resolution. It runs at a slightly higher resolution on the PS4 Pro and Xbox One X but both enhanced consoles fail to hit 4K at 60 FPS. This should be resolved with the jump to PS5 and Xbox Series X.