Death Stranding has an official release date and surprisingly, the game is out later this year. It has a lot of big names from the film industry for its lead characters and apparently Stefanie Joosten, who played Quiet in Metal Gear Solid 5, was supposed to play as Fragile early during the game’s development.

In an interview with The Codec that was later shared by YouTuber YongYea, Stefanie Joosten talked about her experience with Death Stranding and how she was asked first to play as Quiet. She also showed early concept art of Fragile from Death Stranding.

Read More: Death Stranding Is “Console Exclusive” To PS4, Could Come To PC

While she was initially asked to play Fragile, Kojima never contacted her again and the role went to Lea Seydoux who is also playing an important character in the upcoming Bond film. Joosten also shared an early concept art of Fragile during the interview. 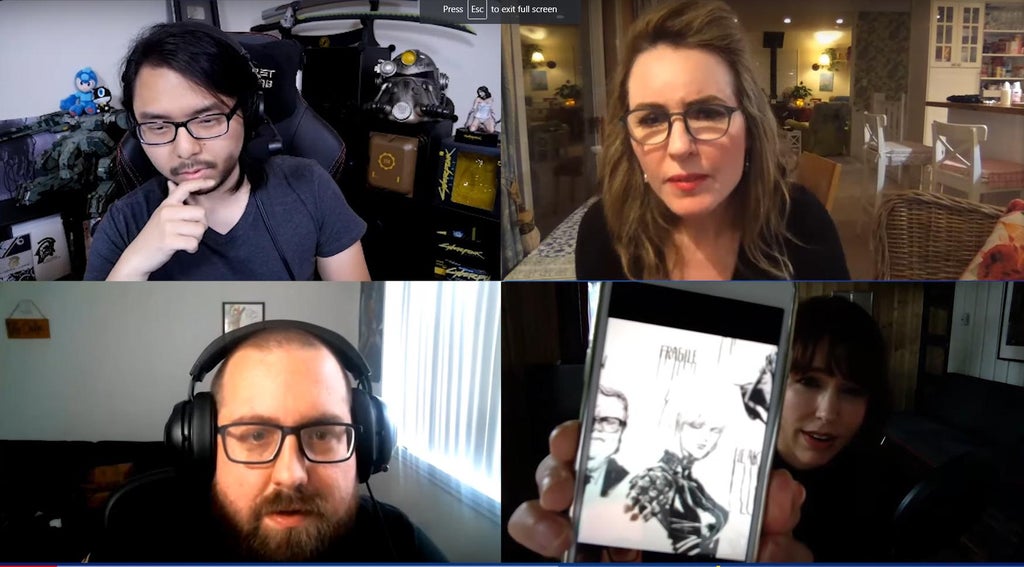 Stefanie Joosten has previously worked with Kojima on Metal Gear Solid 5 where she played the role of Quiet, a deadly sniper that had to use her body to breath after a deadly accident burned her at the beginning of the game. Her role was controversial at the time of the release due to the design of the character.