This Death Stranding Trailer Makes It Clear What You Will Do

Death Stranding is getting closer to its launch. It is set to launch later in November. Today, a new pre-rendered trailer was released promoting the game.

Death Stranding is a brand new IP from the mind of Hideo Kojima, who is known for his work on the Metal Gear Solid series. After leaving Konami, Kojima formed his own development studio in collaboration with Sony and created a new IP with Death Stranding. This game is now ready to launch later in November.

Read More: No Man’s Sky Update 2.13: What’s New and What Are Patch Notes

The new trailer for Death Stranding features pre-rendered footage but it represents the gameplay experience and loop that the players will manage to witness in the game. This gameplay was seen in a lengthy 50 minutes video as well as some follow-up updates that revealed the nature of the game itself.

In this drop, you can see Sam, played by Norman Reedus, running all around a post-apocalyptic in order to deliver packages that will help people connect together. Sam is also chased by others and tries to defend himself and while there will be other human enemies, there are mysterious beings too like the one seen at the end of the trailer.

It is hard to accurately describe Death Stranding knowing the mind of Hideo Kojima, but it won’t be a surprise if the game ends up turning out great considering his track record. the game will be out on November 8, 2019, exclusively for the PS4. 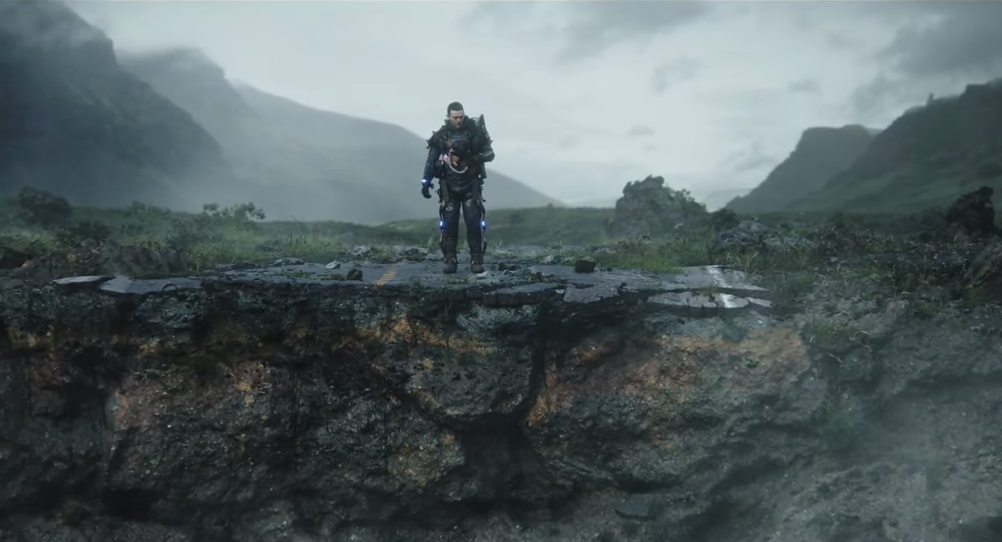 Death Stranding was developed by just 80 people who worked for Kojima Productions. This likely doesn’t count the amount of outsourcing done for the project. The game engine was developed by Guerrilla Games which gave it to Kojima for his new IP. It recently went gold and is now ready to launch in November.

Tags:
Previous Article
The Last of Us Part 2: How Long Will It Take To Beat The Game
Next Article
Red Dead Redemption 2 Is Coming To PC With New Story Content