Monster Hunter World users will be prompted to download the 10.12 update today on PS4 and Xbox One. It is the first patch released after Icebrone expansion.

Capcom has released the first major expansion for Monster Hunter World called Iceborne. This expansion adds a new playable area, story content, and monsters among other additions. The expansion launched along with update version 10.10, which is the official number for the Iceborne DLC.

After the release of Iceborne DLC on September 6, it appears that there were still some bugs that had to be fixed. Users were able to use exploits and faced issues with some of the loot that was dropped by the monsters. The update size is roughly 200 MB so knowing this, it is a “bug fixes” update.

In addition to this, we already know that Monster Hunter World Iceborne has a roadmap planned for major content updates in the future. It was revealed at the Tokyo Game Show 2019. For now, the details about any update are expected to be posted on the official website. 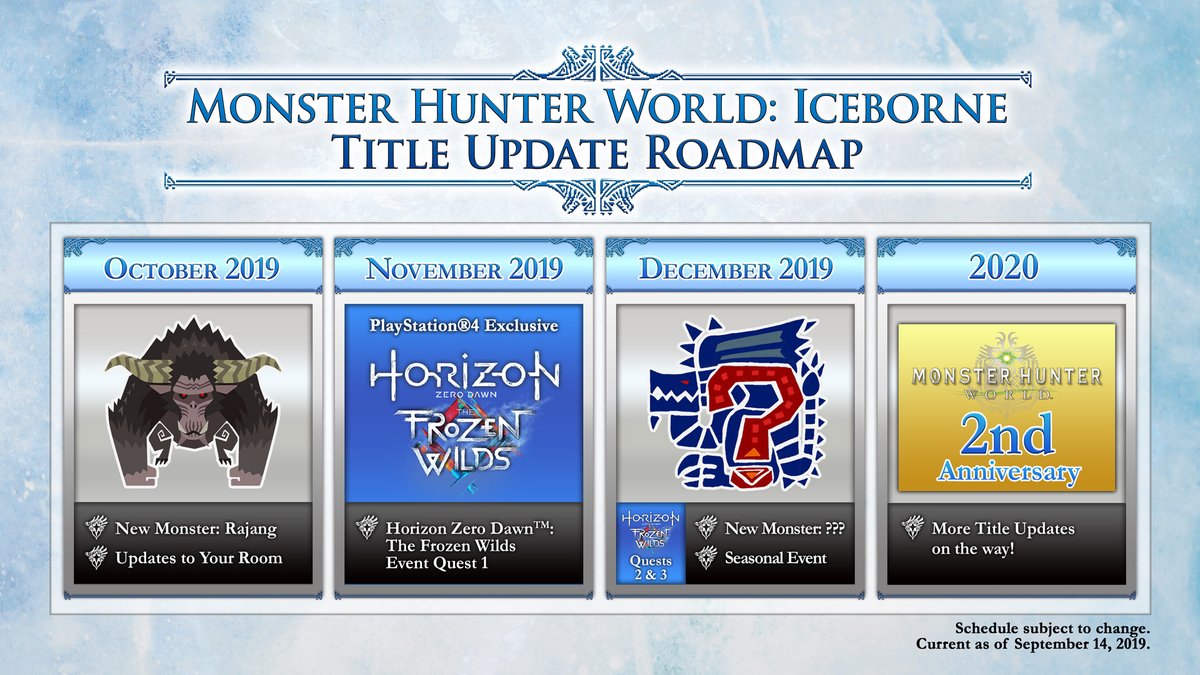 The first major content update is not coming out until later in October. It will add the brutal Rajang to the game as a monster to hunt and kill. This will be a followed by a PlayStation exclusive quest that is a collaboration with Horizon Zero Dawn: Frozen Wilds. This content update will launch in November to kickstart the quest adding loot and gear from Horizon Zero Dawn: Frozen Wilds.

Previous Article
FIFA 20 Day One Update and FUT 20 Icons Pitch Notes Are Out
Next Article
No Man’s Sky Update 2.12: What’s New and What Are Patch Notes