Need for Speed Heat is set in the open world of Palm City with its luxurious nightlife. Here’s a complete world map showing every location in Palm City.

Palm City is basically a fictional version of the city of Miami, Florida in the United States. The world map might seem small at first but it includes many diverse locations from mountains to huge open fields. This is in addition to the nightlight of drifting in Palm City itself that brings the series back to its roots.

Need For Speed Heat Full World Map and All Locations

There are a lot of locations to explore in the world of Need for Speed Heat. Here’s a map that contains all of the locations that can be visited in the game. 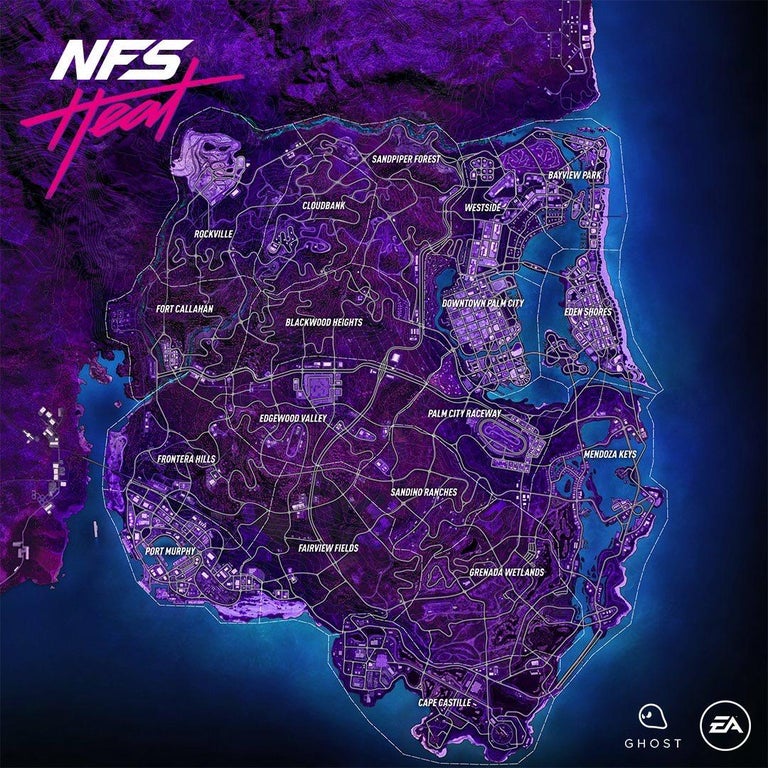 The following are the major locations for Need For Speed Heat that are available in the game.

Read More: Death Stranding Rare Holograms and How To Unlock Them

Need for Speed file size and day-one patch details were already confirmed ahead of its launch. The game is available now for PS4, Xbox One, and PC. It also has a 10-hour trial available to play on EA Access.

Previous Article
Death Stranding Guide: How To Farm Materials and Chiral Crystals
Next Article
Need For Speed Heat Cars: List of All Cars Available In Need for Speed Heat