Nintendo fans have been waiting for a brand new Nintendo Direct that reveals the upcoming games lineup for the Nintendo Switch, and that should change soon.

Nintendo Direct rumors are up again as both Nintendo and Lego are teasing a collaboration together. First, this started with Nintendo teasing something related to Lego and Super Mario on their official account. This was followed by Lego social media account hinting at a similar collaboration.

Game UK has a statement up on their website that talks about the latest Nintendo Direct despite the fact that there hasn’t been one for a while now. Most of the Directs this year has focused on a specific topic including Pokémon and Animal Crossing. 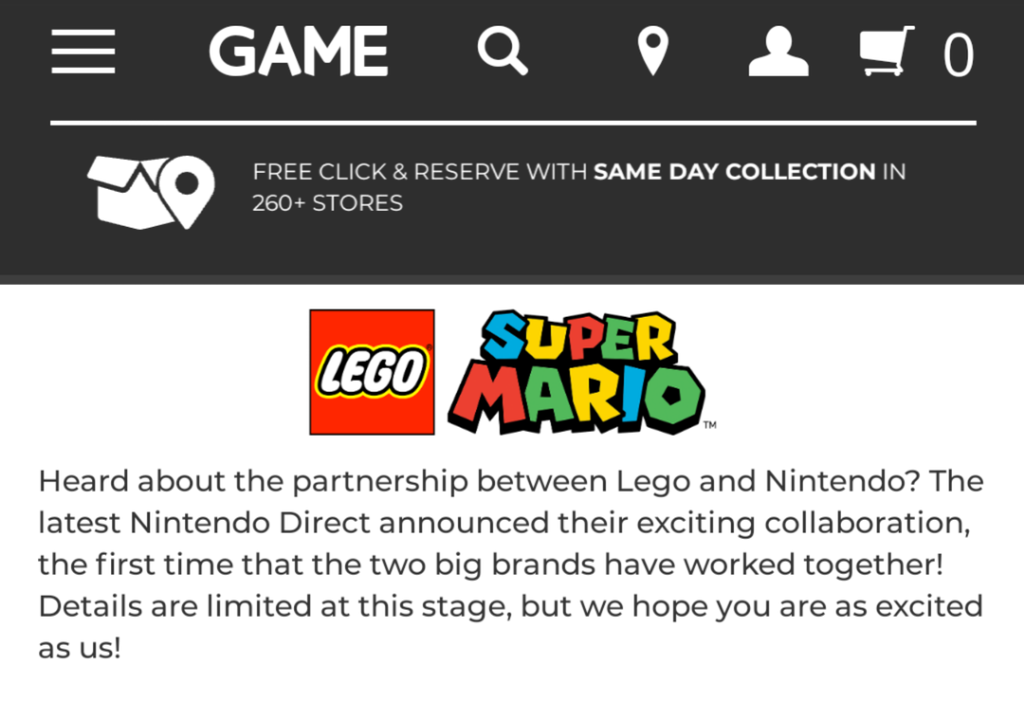 Since it has been quite a while and there hasn’t been a general Nintendo Direct now, this has led fans to speculate that this Nintendo Direct was possibly scheduled but delayed due to some reason. It is possible that it could have happened by now but the coronavirus could have impacted the timing of this announcement.

According to some rumors, Nintendo is planning to release a new 2D Metroid and Paper Mario this year. These two games haven’t received any official announcement so far so if they are the real deal, we might find out about them through an upcoming Direct.

Tags:
Previous Article
Call of Duty Warzone Combat Pack Is Available Free For PS Plus Users
Next Article
New Batman Game Reportedly Set For a Reveal In May Along With Other Warner Bros. Projects