PlayStation Spain has teased the PS Plus February 2020 games lineup. They are hinting at one of the games which will be from a well-known saga.

Sony will officially announce the PS Plus games lineup for February 2020 later today. Ahead of the announcement, PlayStation Spain has shared a tease on one of the games. They have confirmed that the lineup will be officially revealed on Wednesday at 17:30 local time (GMT+1).

As for the games, the PlayStation Spain Youtube account posted in the community section that one of the games is from a “well-known saga”. They ended the tease with a Crash Bandicoot GIF but that could be a little too obvious so we can’t really say it will be Crash Bandicoot Trilogy. 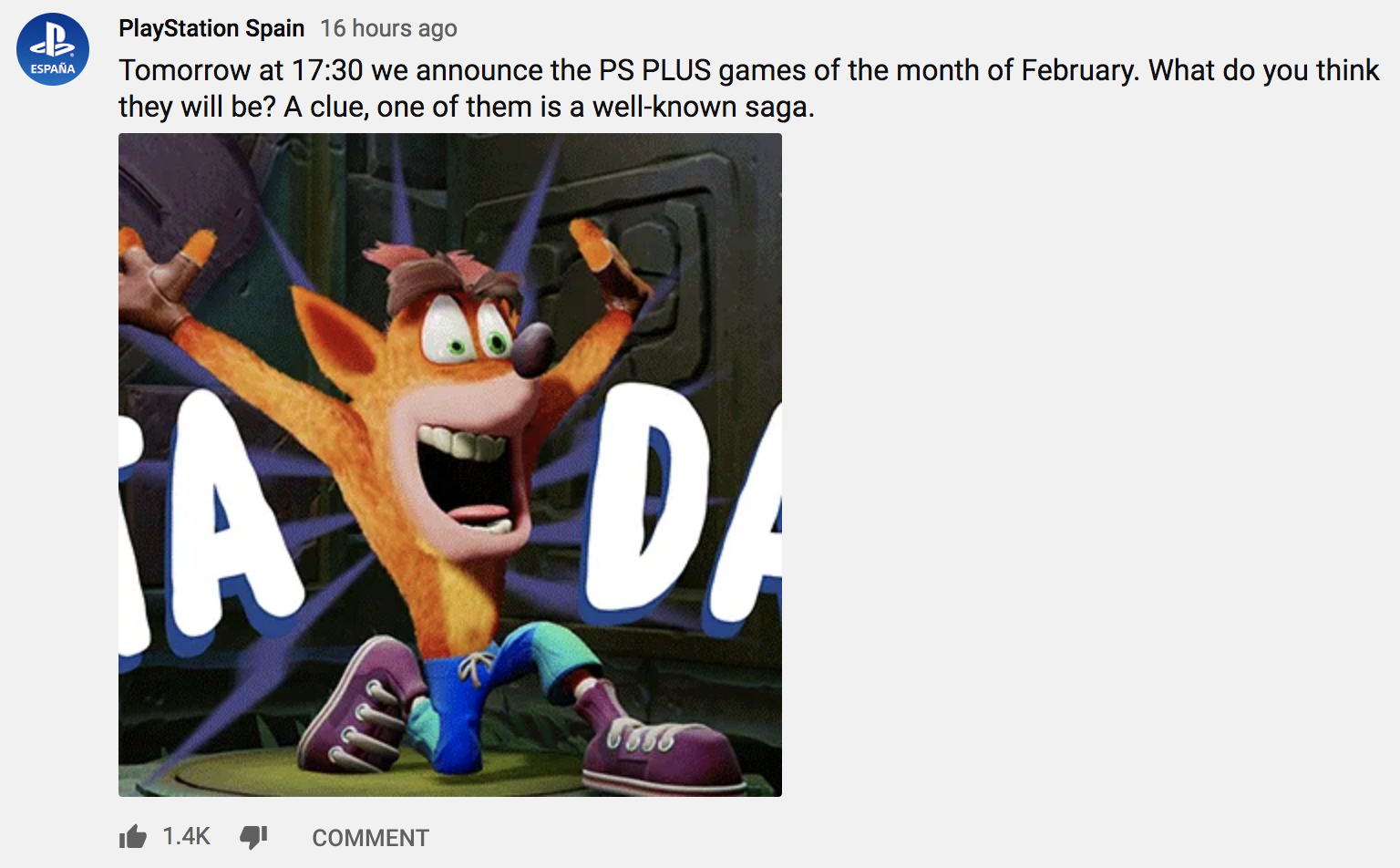 It is possible that PS Plus users can enjoy any one of the Dark Souls games which are developed by From Software but published by Bandai Namco. Bloodborne has been given as one of the free games on PS Plus in the past.

As for PlayStation Plus lineup in January, users can still grab and download Uncharted: The Nathan Drake Collection and Goat Simulator. These will be replaced by the new games that are going to be announced later today and launch next Tuesday for PS+ subscribers.