PS Plus January 2019 Games Lineup Has An Odd Combo

PS Plus January 2019 games lineup has been revealed by Sony and it is an odd combo of Uncharted: The Nathan Drake Collection and Goat Simulator.

While the official PlayStation Blog for Europe and America hasn’t shared any update on what is coming to PS Plus in January 2019 despite the new year already starting in some countries, PlayStation Germany shared the list ahead of the official announcement on their YouTube channel.

According to the now-deleted YouTube video that was posted by PlayStation Germany, the two games that are coming for PS Plus subscribers for the month of January 2019 are Goat Simulator and Uncharted: The Nathan Drake Collection. 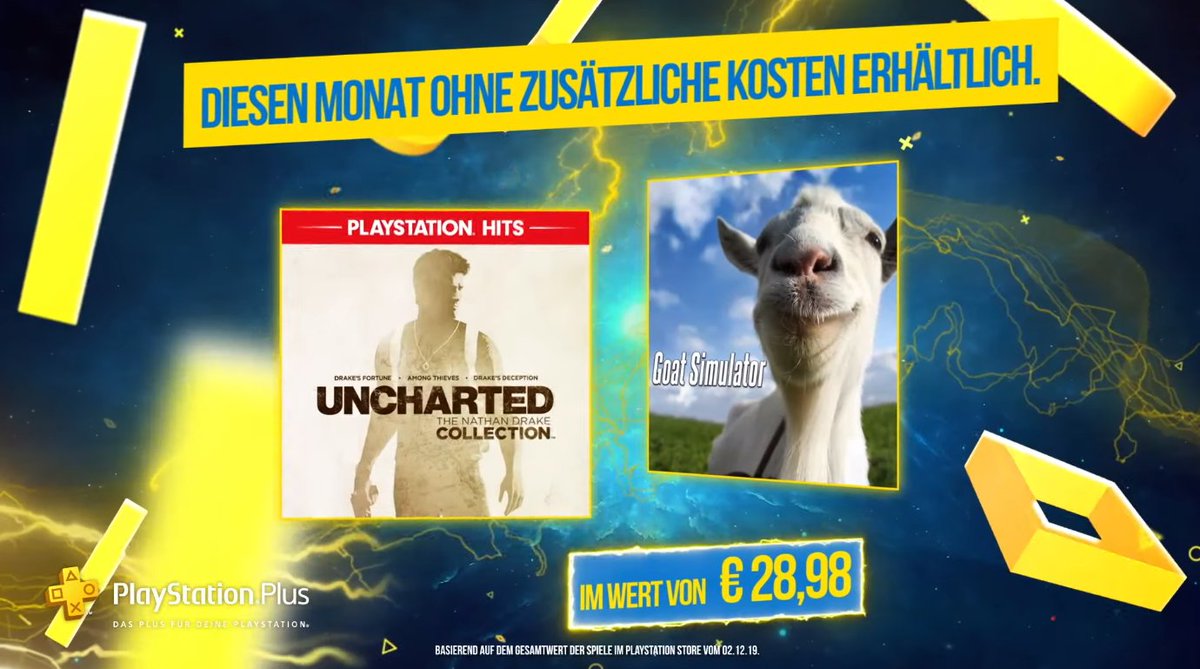 Uncharted: The Nathan Drake Collection includes the first three Uncharted games that were remastered for the PS4. This collection will offer Uncharted 1, 2, and 3 for the PS4 that runs at 1080p and 60 FPS. The second game that is being paired with next month’s lineup is Goat Simulator, which is quite an old game that attained success ahead of the social media and streaming culture.

Both of these games will be available to grab from the PlayStation Store or directly from the PS4 if you have an active PlayStation Plus subscription. Since this lineup is currently confirmed only for Germany, there is still a slim chance that it will end up being different for other regions but this is rarely the case.

Sony will likely make the announcement of the PS Plus January 2019 games lineup official later today. These games should be available as soon as this week.