Red Dead Redemption 2 was the last major game released by Rockstar North and since then, they have officially started to move on to their next project.

After the launch of Red Dead Redemption 2, Rockstar North was still hard at work on launching Red Dead Online, which was supposed to carry the same role as Grand Theft Auto Online. It took some time before they took off the online multiplayer mode, integrated into Red Dead Redemption 2, away from its beta stage. They are now finally getting ready to move on from it and into their next project.

As spotted on reddit, a user has shared a photo from Rockstar North office in Edinburgh which is their headquarters. They had a large artwork of Red Dead Redemption 2 that had been hanging on the front of the office before the game officially launched. It has been taken down now as Rockstar North prepares to move on to their next project. 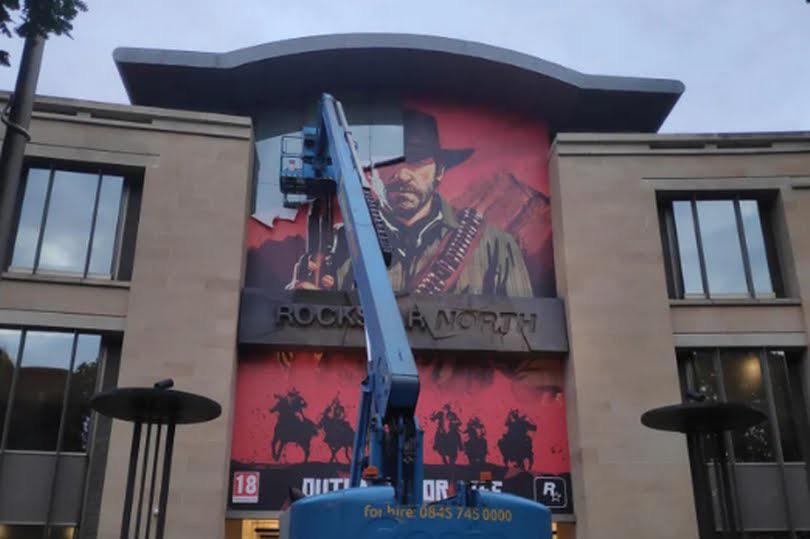 As for what they are working on next, a new Grand Theft Auto game has been long overdue from them. The last major entry in the franchise is currently the best selling one all over the world with a whopping 110 million copies sold. It has become one of the best selling games along with the likes of social phenomenon like Minecraft. Since Grand Theft Auto 5 still continues to chart in the top ten best selling games worldwide, Rockstar North is in no hurry to release a sequel but it should be the most logical step from them.

The other game that has been rumored numerous times by now is Bully 2. The sequel to Rockstar’s odd high-school adventure game has been teased in the past and was apparently canceled with some early concept making it online. It has been making the rounds again as the next project by this prestigious studio.

Tags:
Previous Article
Yakuza 3 English Localization To Be Announced At Gamescom
Next Article
Gears of War 5 Is Getting Halo Reach Crossover With Character Pack