Nintendo has launched a new virtual console for SNES on Nintendo Switch. They also released a new set of controllers which were quickly sold out.

SNES controllers went on sale for the Nintendo Switch today and within a couple of hours, Nintendo website had listed them as temporary out of stock. If you go to the link that is for purchasing the controllers, they are out of stock for now.

One of the caveats with this controller was that Nintendo had limited the purchases to just four per a single Nintendo Account. Despite this limitation in place, it is quite obvious that there was a huge demand for it. 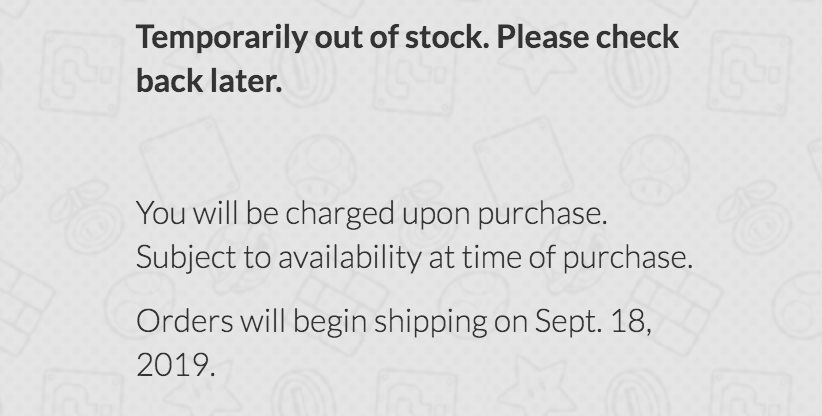 The store listing now just says that the product is temporarily out of stock. The first shipment will begin on September 18 so if you had ordered the controllers, this is when you will be able to receive your orders.

If you are still looking to get them, keep an eye out on the official website where the stock should hopefully return again once the initial batch of shipments has been sent by Nintendo.