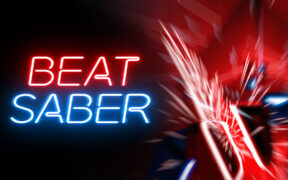 Beat Games has brought multiplayer to the PSVR version of Beat Saber with update 1.49. There is additional bonus content for PC and PS4. Beat Saber is finally playable in multiplayer for all PSVR users. This is released as part of the 1.49 update for PS4. The patch should be available to download now on […] 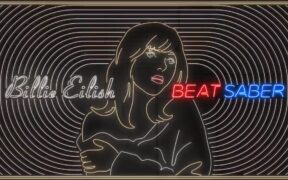 Beat Games has released a new update for Beat Saber. This one has patched the PS4 version to 1.47. It adds support for the Billie Eilish music pack and more. Billi Eilish’s music pack follows the launch of the Skrillex Pack that was dropped back in August. The update today appears to support this new […] 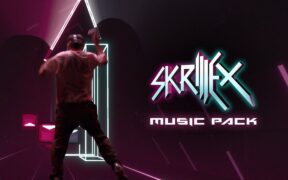 Beat Games has announced a new Skrillex Pack is available now Beat Saber. Players on PS4 can download this DLC after update 1.45. Skrillex Music Pack adds a lot of new songs to the game and can be purchased separately on Steam or the PlayStation Store. there are more than 70 DLCs to grab if […]

Beat Saber has been updated to version 1.63 by Beat Games. This small hotfix comes with various optimizations and tweaks on PC and PS4. According to the developers, this patch was first released on PC. The official update version is 1.16.2. The PC version was followed by an update on the PSVR. You can find […]

Beat Games has updated Beat Saber today on PC and PS4. The new additions to this patch include additional localizations as well as a hidden secret. As mentioned by Beat Games on Steam, this update deals with the addition of five new languages. If you wanted to play the localized version in French, German, Spanish, […]

Beat Saber has been updated to version 1.38 today with an official patch 1.13.4 on PC and PS4. You can find out the full patch notes from here. Beat Saber is continuing to get new features and content after launching for the PC and PSVR. The update today is mainly aimed at adding new modifiers […] 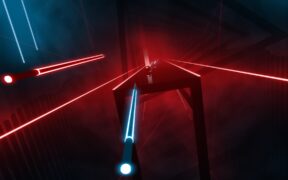 Beat Games has updated Beat Saber to a new version today. This patch mainly implements minor fixes and tweaks as seen in the patch notes. One of the important changes is related to the support for Oculus Quest 2. The developer has added a new 90hz mode for Quest 2 users. There are other small […] 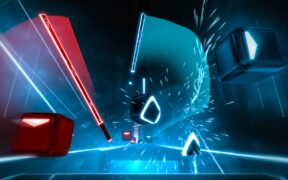 Beat Saber update 1.34 implements a number of bug fixes for the game on PS4. The patch notes mention the list of changes as seen below. After the release of the BTS support update, there have been quite a few issues with the game on both PC and PS4. The update that has been deployed […]

Beat Saber has been updated to version 1.33 today for PS4 and PC. Here are the complete patch notes for this update which is just under 500 MB. In addition to adding support for the BTS Pack, the update also makes some minor changes to the game. It overhauls the curved screen design, adds Adaptive […]