The Witcher 3 Complete Edition Is Going Portable With Nintendo Switch

CD Projekt Red has announced The Witcher 3 Complete Edition for the Nintendo Switch. This announcement was made during the Nintendo Direct at E3 2019.

The Witcher 3 is one of the most successful game in the series and also the best selling game released by CD Projekt Red. This port is getting released after four years of the launch of the original game. The Witcher 3 Wild Hunt was released in 2015 for PS4, Xbox One, and PC.

Read More: From Software’s New IP Elden Ring Is Coming To PS4, Xbox One, and PC

This Complete Edition will not just include the game but also the two expansions: Hearts of Stone and Blood and Wine. Both of these were released for the game after its launch in 2015. In addition to this, 16 extra DLC bonuses that were available free of cost after the launch of the game will also get included with this version.

The physical edition of the game will come with some collectibles including The Witcher Universe compendium, game map, and stickers. The full game and any DLC will be available on the cart so you don’t need to go through any mandatory download after purchasing the physical release. 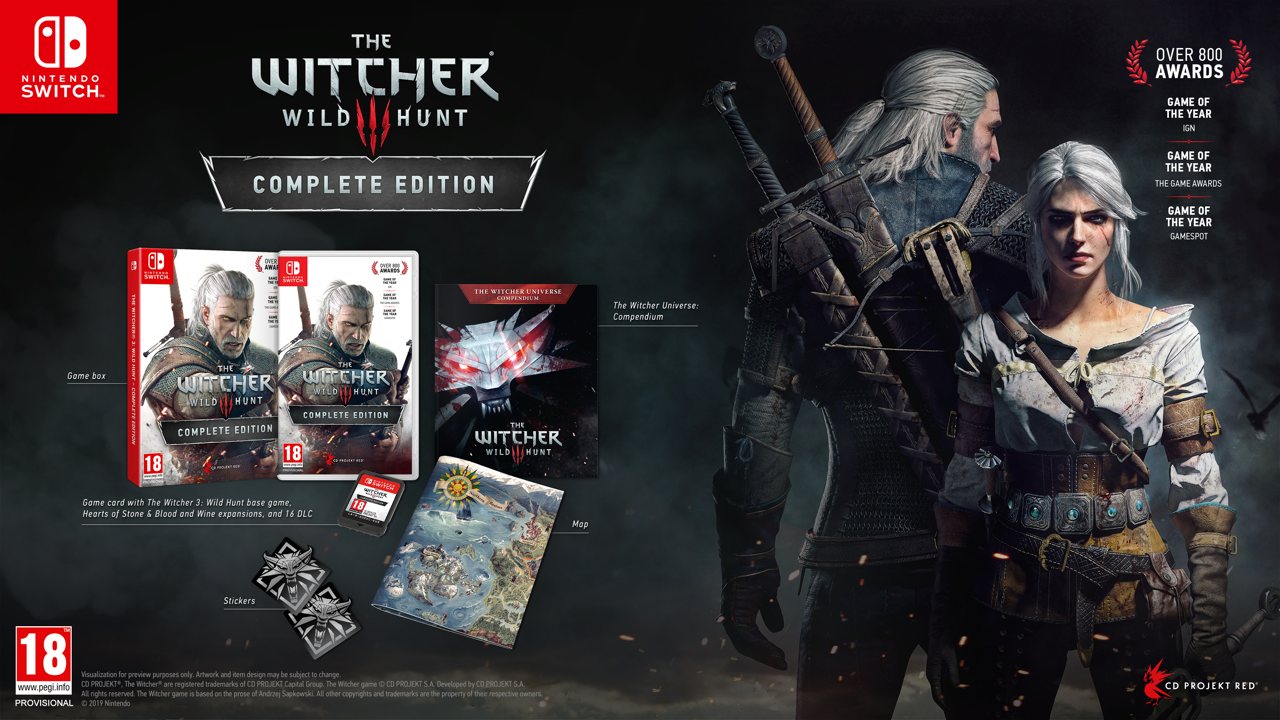 As for the release, there was no confirmation about it during the announcement aside from a vague 2019 release window. CD Projekt Red will reveal more details about this port in the coming days.