Bethesda Softworks is in the news recently due to their treatment of the power armor edition for Fallout 76, and sadly it is not going to get any better.

Recently, it was discovered that instead of the advertised Canvas Bag for Fallout 76 power armor edition, the final product ended up being a Nylon. This led to a backlash against Bethesda Softworks who are already in hot water due to the issues with Fallout 76 at launch and their treatment for those who are refunding the game.

An image is making the rounds across all social media sites that show the power armor edition for Fallout 76, and it doesn’t look like it is Canvas. The image also has an alleged response from Bethesda Softworks support team which apologies about it and calls it a simple marketing mistake. It states that they don’t have any plans to do about it. 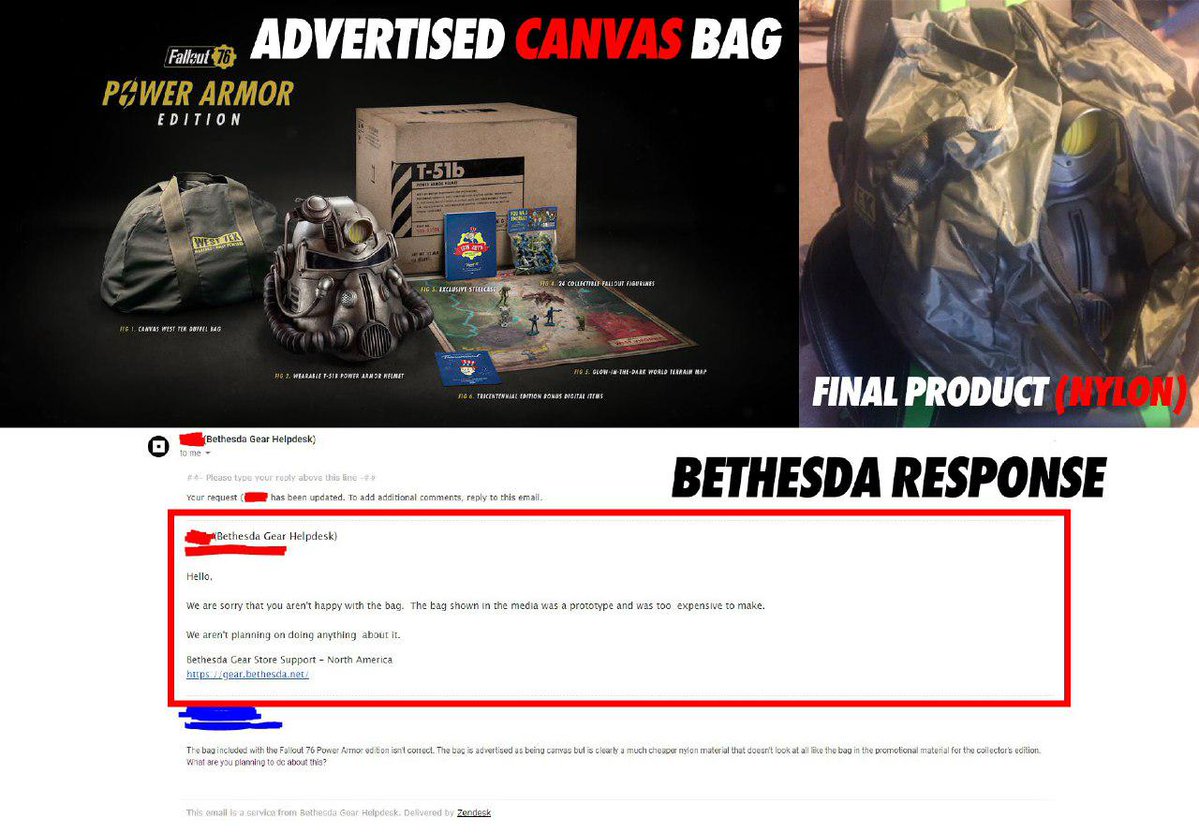 Bethesda Softworks has now replied after this backlash but their apology is a simple offer to give all the buyers of the Fallout 76 Power Armor edition an in-game currency. They are offering 500 Atmos to all those who have purchased the Power Armor edition instead of either refunding them or giving them the advertised Canvas bag.

We understand and respect that there is disappointment with the bag in the Power Armor Edition. We are sorry. Please contact Bethesda Support to provide proof of your CE purchase. They will assist in granting your account 500 Atoms.

This is a rather bad way to approach this whole issue, and it is likely going to cause further damage to their reputation. It is already becoming another controversy in the long list of issues leading up and after the launch of Fallout 76.

Fallout 76 is available now for the PS4, Xbox One, and PC. It was developed and published by Bethesda Softworks.