Crash Team Racing: Nitro-Fueled update version 1.04 is available now that implements the first Nitro Tour Grand Prix and unlock Tawna Bandicoot as a new playable character. Here are the details on this update.

Activision had shared details on this Crash Team Racing: Nitro-Fueled update last week. They confirmed that the Nitro Tour Grand Prix will be available to play in the game after the new update. They also announced a new playable character Tawna Bandicoot, and here is how you will be able to unlock her in the game.

This update is now available to download on PS4, Xbox One, and Nintendo Switch. The download size of this update is roughly 2 GB. It will patch the game to version 1.04 implementing the following set of fixes.

More content is being planned as part of a roadmap shared by the developers. 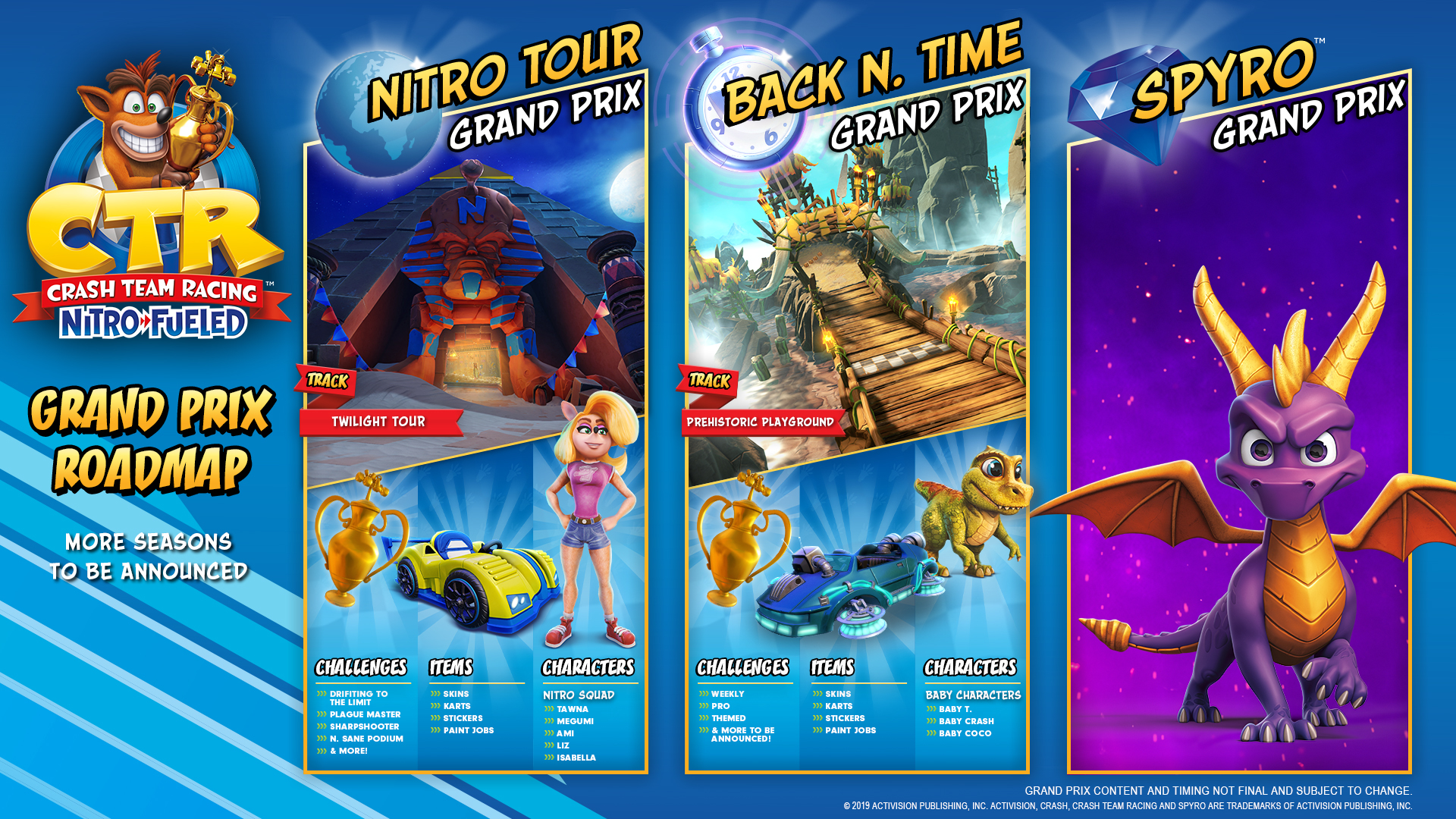 In addition to this, the following bug fixes and adjustments have been implements in the game.

The list of fixes is long but the biggest addition is Grand Prix and new content that has been added for free in the game. You can enjoy Crash Team Racing: Nitro-Fueled on PS4, Xbox One, and Nintendo Switch.