Crash Team Racing: Nitro-Fueled has received its first major update today adding a new Nitro Tour Grand Prix mode. Here is a list of the weekly, themed and pro challenges and their rewards.

Activision announced the Nitro Tour Grand Prix last week and then released it today with an update to the game. In addition to featuring a new playable character, Tawna Bandicoot, it also offers new track and tons of new in-game content. Nitro Tour Grand Prix comes with its own set of challenges so here are the weekly, themed, and pro challenges that you can attempt in the game.

Credit for making the list goes to reddit. This list doesn’t include the daily or quick challenges that will be updated every day. This is not the only Grand Prix that is coming to Crash Team Racing Nitro-Fueled as Activision and Beenox have announced more content to come in the future. 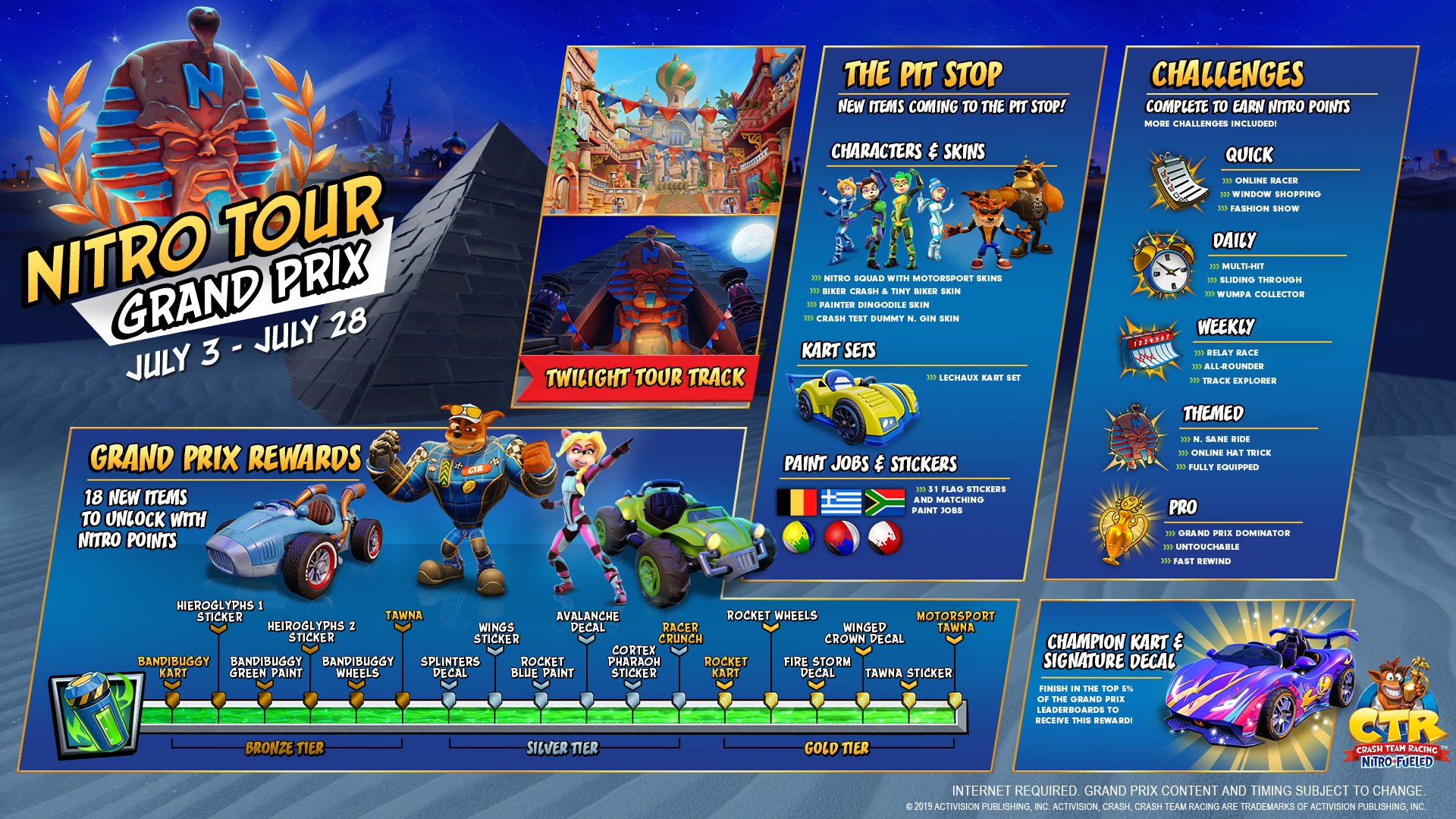 Crash Team Racing: Nitro-Fueled has multiple different characters with their own unlock requirements. It is one of the most difficult game to achieve a Platinum Trophy. There are also some cheat codes that you can use to get additional enjoyment out of it.