Spyro the Dragon is finally coming to Crash Team Racing: Nitro-Fueled in update 1.09. It will go live on August 30 with a Spyro & Friends Grand Prix event.

Activision had confirmed that Spyro the Dragon along with other characters from the series would be available in Crash Team Racing in a free update later this September. This is happening now with the Spyro & Friends Grand Prix, which is the third Grand Prix for the game. The previous two were called Nitro Tour and Back N. Time.

Spyro & Friends Grand Prix will offer the following unlockable characters and skins that will be available to play once you meet their requirements.

18 new items can be unlocked using the Nitro points that include Spyro the Dragon as a playable character. Here’s the complete list of new rewards and items that will be added to the game with an update on August 30. 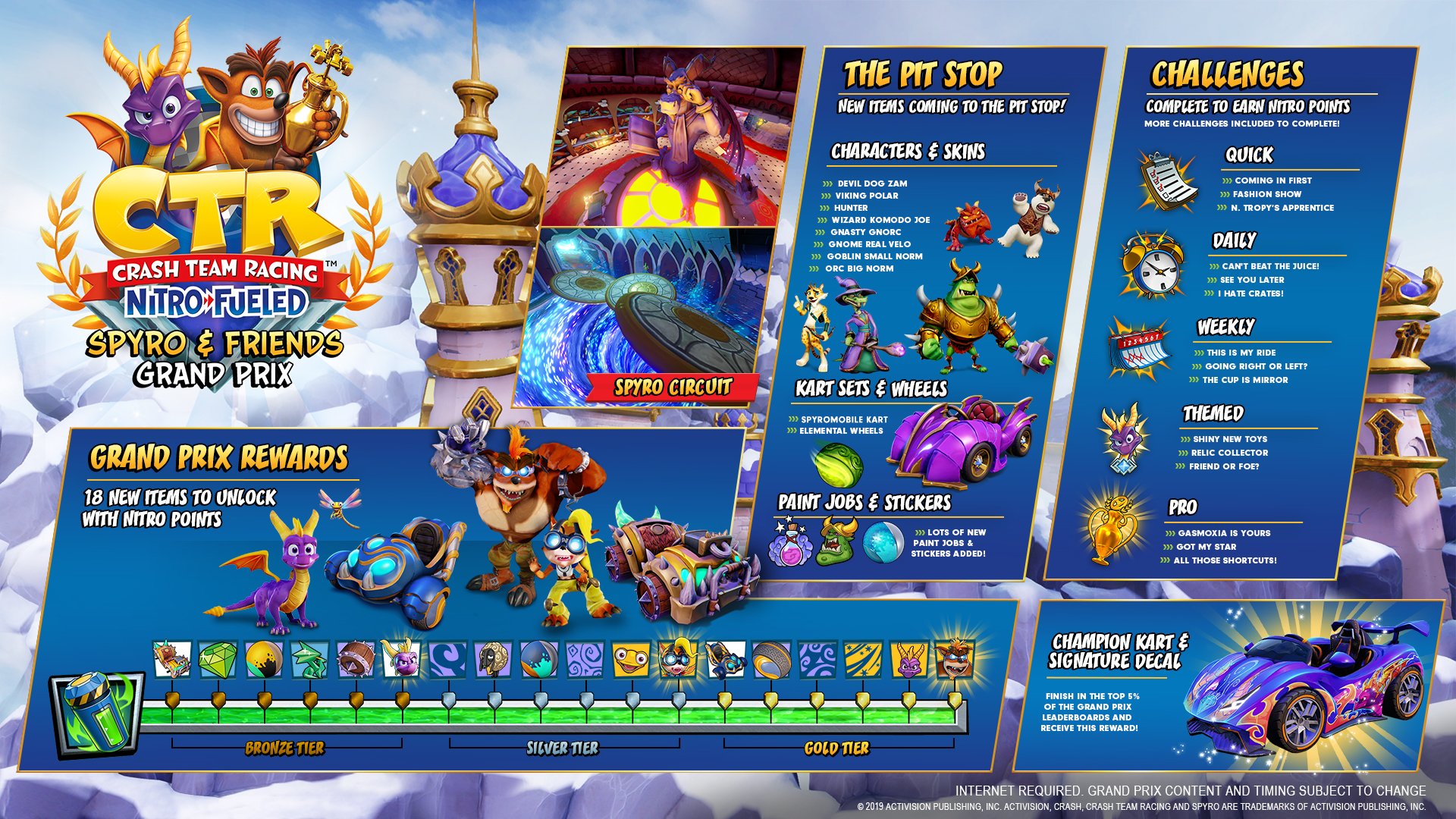 An introduction video was also released that shows the new characters as well as the playable tracks. Details on the daily, weekly, themed, and pro challenges will be revealed on the update goes live later this week. They are usually updated every week.

Crash Team Racing Nitro-Fueled is a remake of the original Crash Team Racing but it has been expanded with plenty of new content like the courses from Crash Nitro Kart have been added and several new characters have also made the jump to this remake. It was developed by Activision and published by Beenox. The game is available now for PS4, Xbox One, and Nintendo Switch.