Days Gone Is Just 46 GB On Disc and Playable Without Updates, Clarification On Install Size

Days Gone is out in a few days. We have reported that the install size for the game is reportedly 67 GB however, turns out that this is not the case after all.

The limit of a traditional dual-layer Blu-ray disc is 50 GB and with such a massive install size, it was feared that Days Gone might not be playable without an update. Turns out that this is not the case after all.

The install size without any update for Days Gone is 46 GB, which is what is listed on the back of the physical cover. It has a warning of needing 46 GB minimum to install the game and you will be able to play it without any issues except for bugs and glitches which are the case for almost every major game without updates these days.

What Is The Full Install Size For Days Gone?

I think it is important to clarify here that Days Gone install size is not increasing with every update. Once you have the game installed with disc and download the first update, it can range from 17 to 21 GB. PlayStation Support has confirmed that the game is playable without any updates unlike Tom Clancy’s The Division 2 or Call of Duty: Black Ops 4, both of which are multiplayer games. Days Gone is strictly a single-player affair so the need to download and install a patch is not there at all. 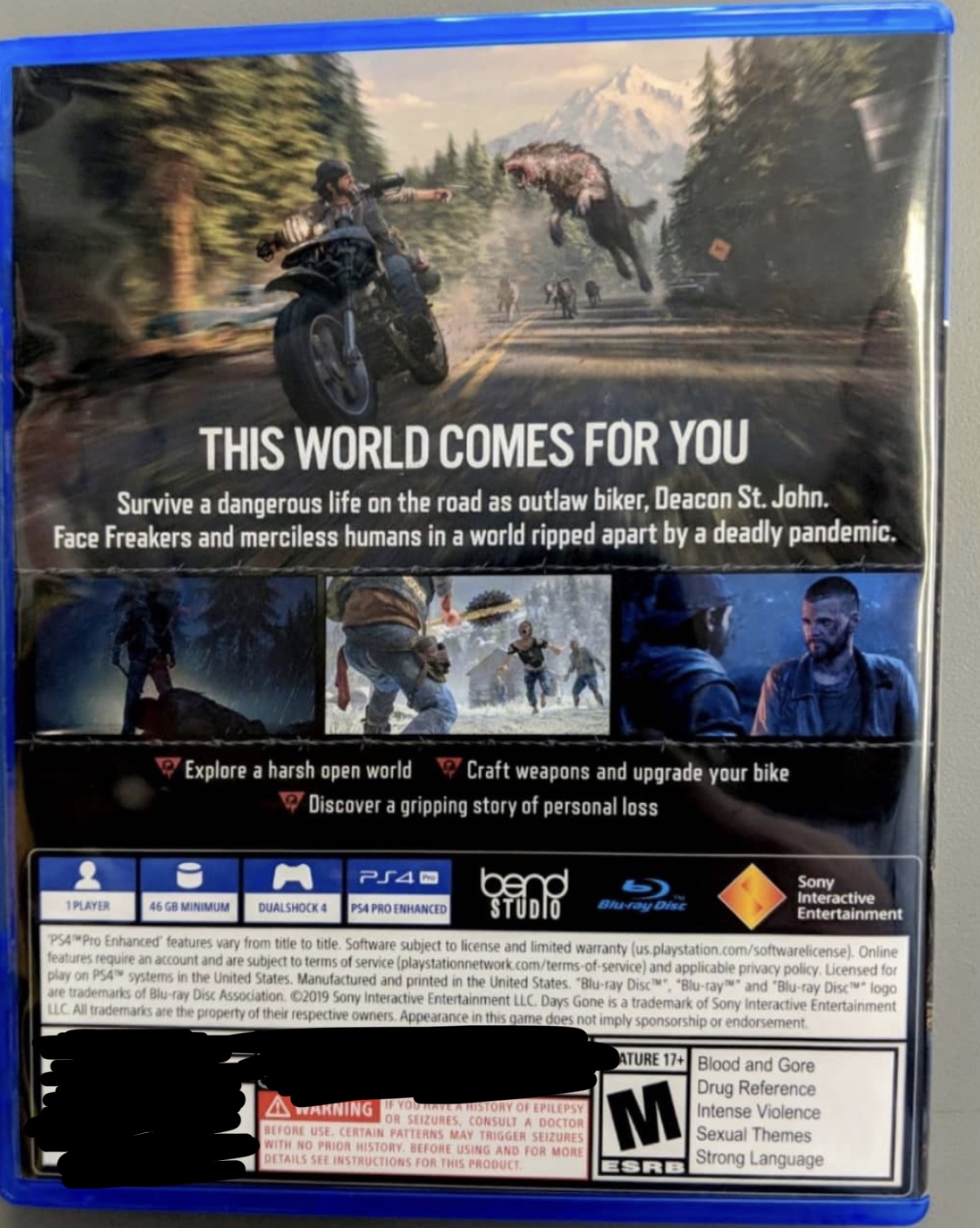 It is better that you get the patch though, and before the release of the latest Days Gone update 1.03, the file size was 60 GB as reported on Reddit, this was down from the 67 GB that was reported earlier. The difference is hard to explain but perhaps the other Days Gone install size included more languages.

Today, another new update was released that has knocked down the file size to 56.7 GB for Days Gone. So it appears that with these updates, Sony Bend Studio is, in fact, decreasing the file size for the game and not adding to it.

Days Gone is entirely a single-player game and while you should update the game with the patch that will be available on launch, you don’t have to worry about installing it in case you don’t have any internet connection. You can grab it once it is out on April 26, 2019. The reviews will be out a day earlier, on April 25.