Square Enix has finally announced a release date for Final Fantasy VII Remake and now shared more details on the pre-orders including a Deluxe Edition and a 1st Class Edition for Collectors.

Final Fantasy VII Remake will be out on March 3, 2020, exclusively for the PS4. Square Enix has now shared an extended version of an earlier trailer during their E3 2019 media briefing. They have also opened the game for pre-orders and listed the Deluxe Edition, and a Collector’s Edition called 1st Class.

First, a new character was finally introduced, this time it being Tifa who is a long requested addition to the main party roster in Final Fantasy VII Remake. You can have a good look at her in the extended trailer which also teases an appearance by the arch nemesis of Cloud, Sephiroth.

This was not the only piece of new gameplay footage as Square Enix even demonstrated a full boss fight to explain how the battle system works in the game.

The following bonus content is included in the Deluxe Edition for Final Fantasy VII Remake. It also applies to the Digital Deluxe edition except for the physical bonus. 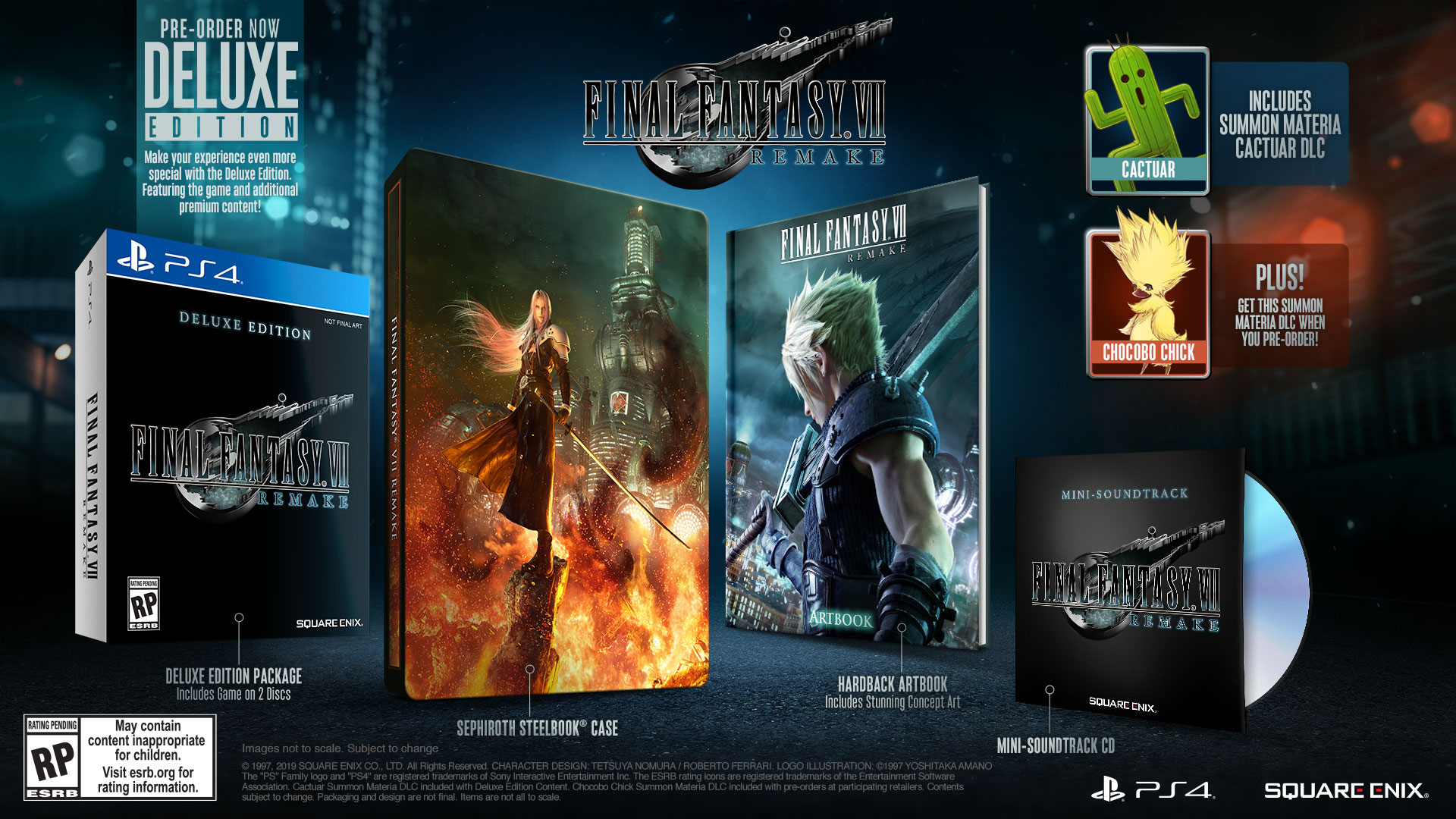 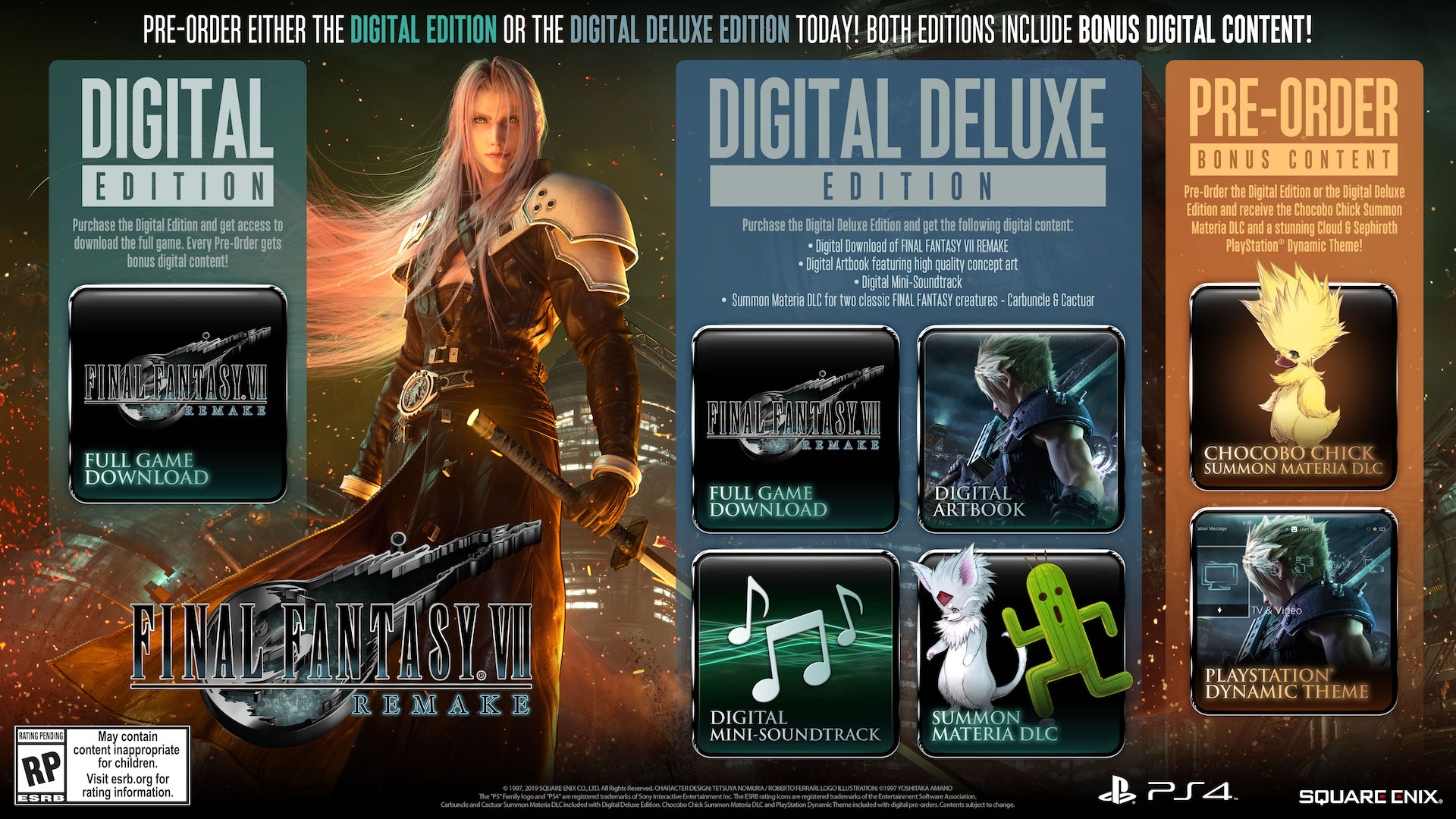 The following bonus content is included in the 1st Class Edition for Final Fantasy VII Remake. It will be available in very limited quantities so make sure to grab one. 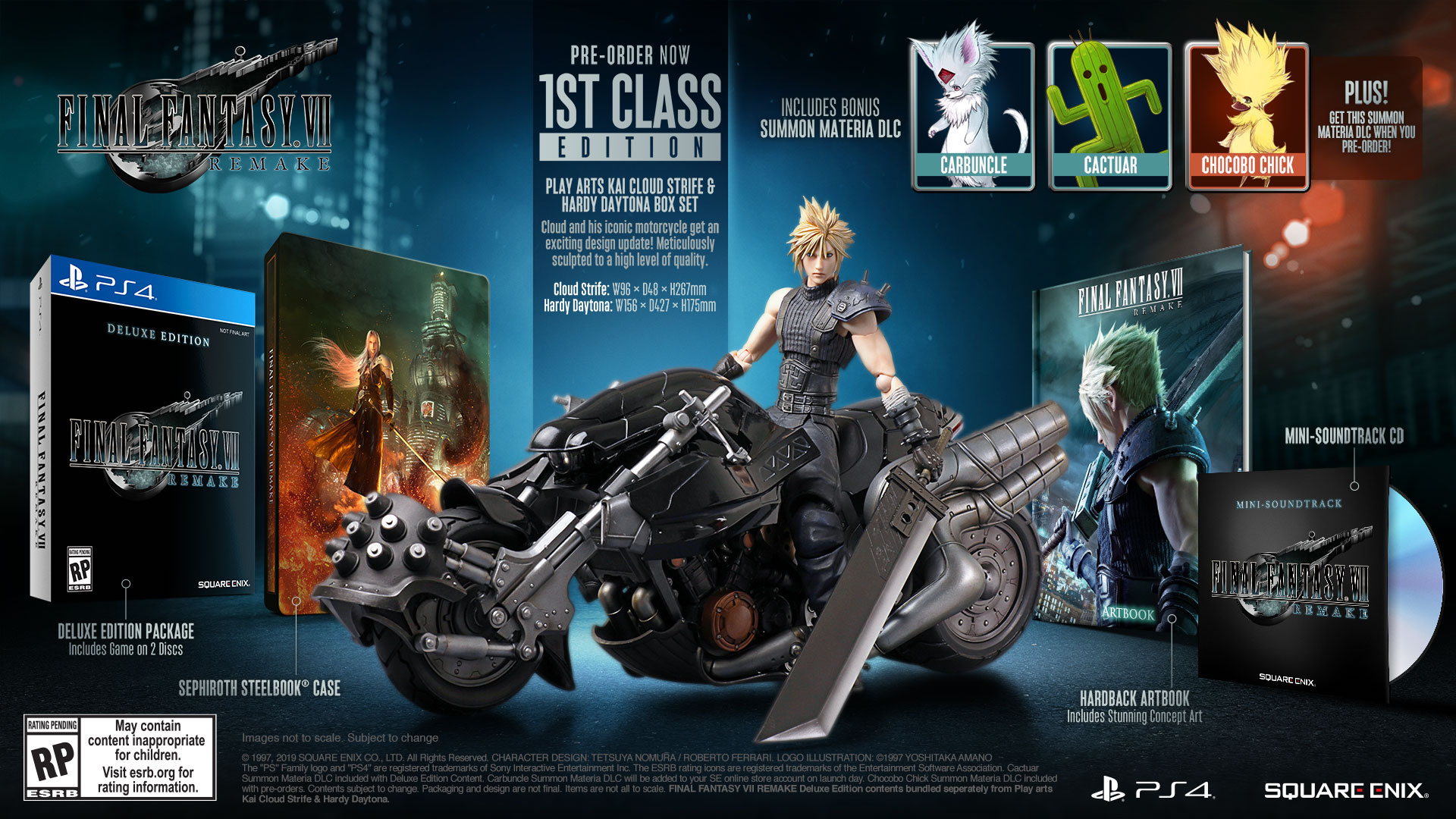 You can get all of the physical Deluxe edition bonus in addition to a Play Arts Kai Cloud Strife and Hardy Daytona box set. There are some incentives to pre-order the game as you can get Chocobo Chick Summon Materia DLC through select few retailers or Cloud and Sephiroth Theme for the digital edition.

Since this a Remake of the original game, Square Enix has also revealed a new cast for the main characters like Sephiroth, Aerith, and more. Have a look at the full list below.