Final Fantasy VII Remake physical copies won’t be available to play on launch day if you have pre-ordered the game from Amazon.

Final Fantasy VII Remake is out on April 10. It is available in different editions including a Deluxe Edition. Fans who had pre-ordered the game from Amazon should know that an email is being sent that informs about potential delays in shipping the copies on the release date.

The email mentions Amazon monitoring the COVID-19 situation which has been spreading all throughout the USA at a rapid pace. Amazon is prioritizing household staples, medical supplies, and other high demand products first and making sure they are delivered on time. Due to this, they are expecting the shipping of Final Fantasy VII Remake to be delayed. 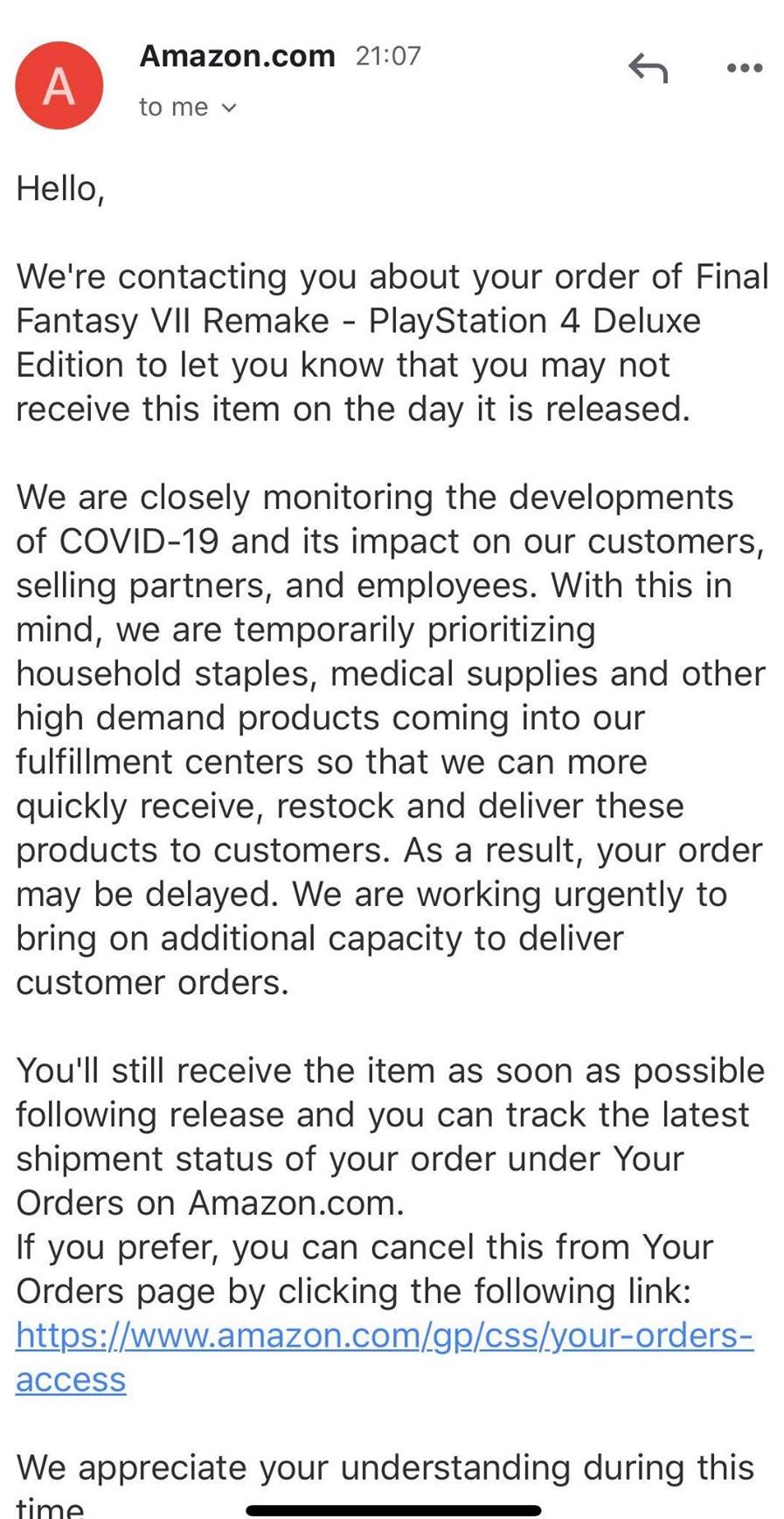 Some users on reddit are showing a new release date for the physical version from Amazon. The new date is almost four days later, on April 14, and applies to the physical copies for the game.

This delay is confirmed for Amazon USA, however, to combat the delay in other regions around the world, Square Enix had allowed the retailers to ship copies early in certain parts of Europe and Australia. This has led to the game officially launching in Australia today where it can be purchased through a retail store.

While the physical copies are already out in certain regions of the world, the digital pre-load is scheduled to unlock on April 10. Although, Square Enix has moved the download date for the pre-load a few days early so that everyone can install it before the release date.

Final Fantasy 7 Remake is officially out on April 10, 2020. It will be a timed exclusive for PS4 that will be available on other platforms at a later date. The game was first announced in 2015.