Pokémon Sword and Shield adds a new mechanic with Max Raid battles. Here’s how you can find and join these battles to capture Dynamax Pokémon.

In this guide, we will tell you about how to catch Dynamax and Gigantamax pokemon and what are Max Raid Battles? We will also cover how to find wild Pokemon in Dens.

Max Raid battles are one of the new features that have been added in the Pokemon Sword and Sheild. In Max Raid battles, you can face off with Dyanamax and Gigantamax Pokemon and catch them with the help of a group of other players.

In Max Raid battles, you can make a team of four people that can be taken in a fight with the Dynamax Pokemon. You can invite another player in your team locally or invite other people online through the Internet.

If you want to join a Max Raid battle, you have to find a red beam of light which indicates the location of the Pokemon lair in the wild area. Go to the location and interact with it to start the battle. 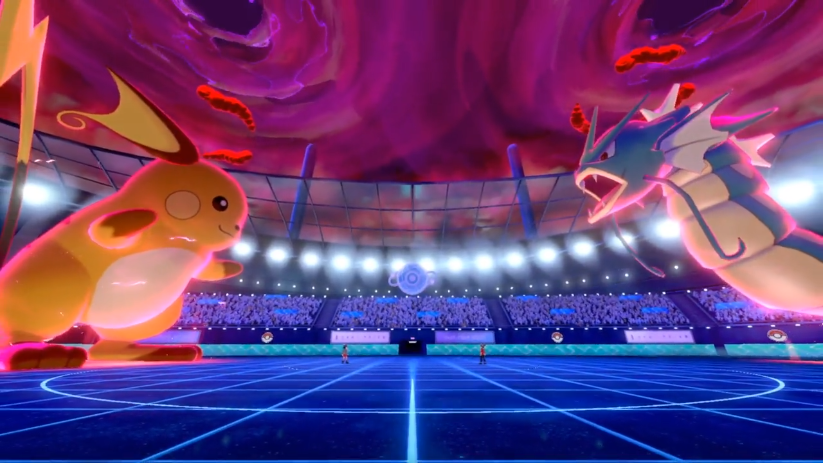 If you don’t have any other player locally or online to join your team in a Max Raid battle, three computer trainers will be added automatically in your team to defeat the Dynamax Pokemon.

Dynamax Pokemon have rare abilities which can be difficult for you. They have hidden powers that can reset their stats or they can disable the powers of your Pokemon. You will have to work in a team with an open mind and each player can only bring one Pokemon in the Max raid battle so choose your Pokemon wisely against the Dynamax pokemon to defeat it in the battle.

For more information on Pokémon Sword and Shield, refer to our guides covering the game length, master ball, and version difference.

Pokémon Sword and Shield: How To Get Gigantamax Toxtricity and G-Move Explained
Ali Haider February 8, 2020