Resident Evil 2 is out now and it is a third person shooter, which is good news honestly. What if the game was played in the first person just like Resident Evil 7? Capcom apparently tested it this way early in development.

After the release of Resident Evil 2, some modders decided to give the game another look in order to see how the RE Engine has been handled going from Resident Evil 7 to the Remake. They found an interesting textures file in the game which is for a newspaper. This newspaper is called “Dulvey Daily” in the game itself but featured a screenshot that looked like it was straight from Resident Evil 2. While it is hard to make out, there is a police car and you can see traditional zombies in it. 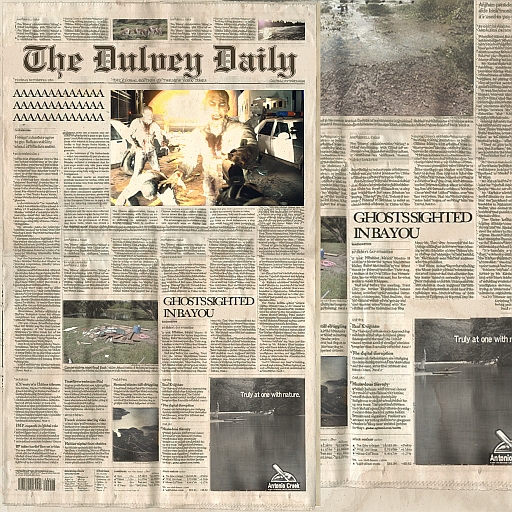 Resident Evil 7 takes a different approach where you are not dealing with a virus but a different kind of global threat with far great power so seeing zombies again was refreshing. The first-person view does look creepy here but personally speaking, I prefer the current approach to the Remake. Capcom recently updated the game to remove Denuvo DRM on PC.

Resident Evil 2 is a great success for Capcom and has shipped more than 3 million copies. Earlier this month, rumors were buzzing about a Resident Evil 8 mainline game that was also potentially using a third-person view. Capcom is also in talks to remake Resident Evil 3 and there are more unannounced games in development. PC Modding community has managed to find Chris Redfield in Resident Evil 2 making him a playable character, while Capcom will release an official update on February 15th adding a new The Ghost Survivors gameplay mode to Resident Evil 2.