Capcom has announced Resident Evil 3 Remake for PS4, Xbox One, and PC. The game was announced with a trailer along with a release date.

Capcom has shared some details on the new Remake for the Resident Evil series in a video that also gives some glimpse at the new character models for Jill, Carlos, and Nemesis.

Capcom has also shared the details on a collector’s edition for Resident Evil 3 Remake. It will set you back $179.99 and will be available to pre-order through GameStop.

Here is what is included in this limited edition collector’s edition.

You can have an idea of the collector’s edition content with the official promotional image. 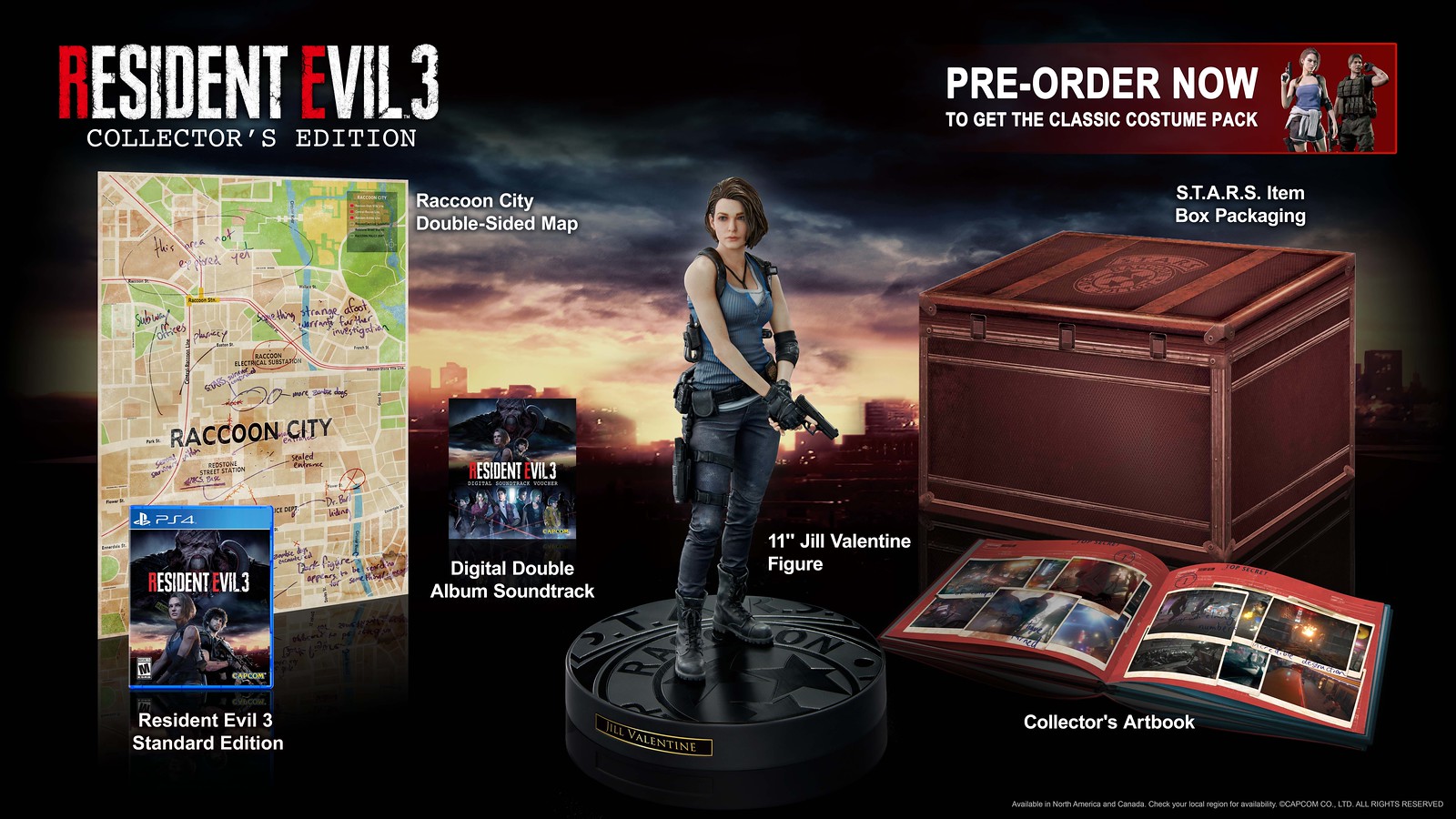 The game was confirmed to launch on April 3, 2020, which is quite close to what we reported earlier as a placeholder release date. It will be released for PS4, Xbox One, and PC.

Those who pre-order it on PS4 through the PlayStation Store can grab a special pre-order theme and Classic Costume Pack that features outfits for Jill and Carlos from the original Resident Evil 3.