The Witcher 3 is coming to Nintendo Switch with a complete edition later this year. Despite no solid release date, we have an idea of when it might arrive thanks to a retailer who has provided a release date for it.

The Witcher 3 is a massive open world RPG that was first released in 2015. It is finally coming to the Nintendo Switch with a complete edition release that comes bundles with all of the 16 DLCs and two expansions that were released for it. It is the complete package of the game.

CZC is one of the largest retailers in the Czech Republic. They have a pre-order for The Witcher 3 on Nintendo Switch up on their website that had a release date listed for September 24, 2019. This is the same date as Dragon Quest XI: Definitive Edition for Nintendo Switch. Once the news about the release date was out, they have updated the listing to remove this date. 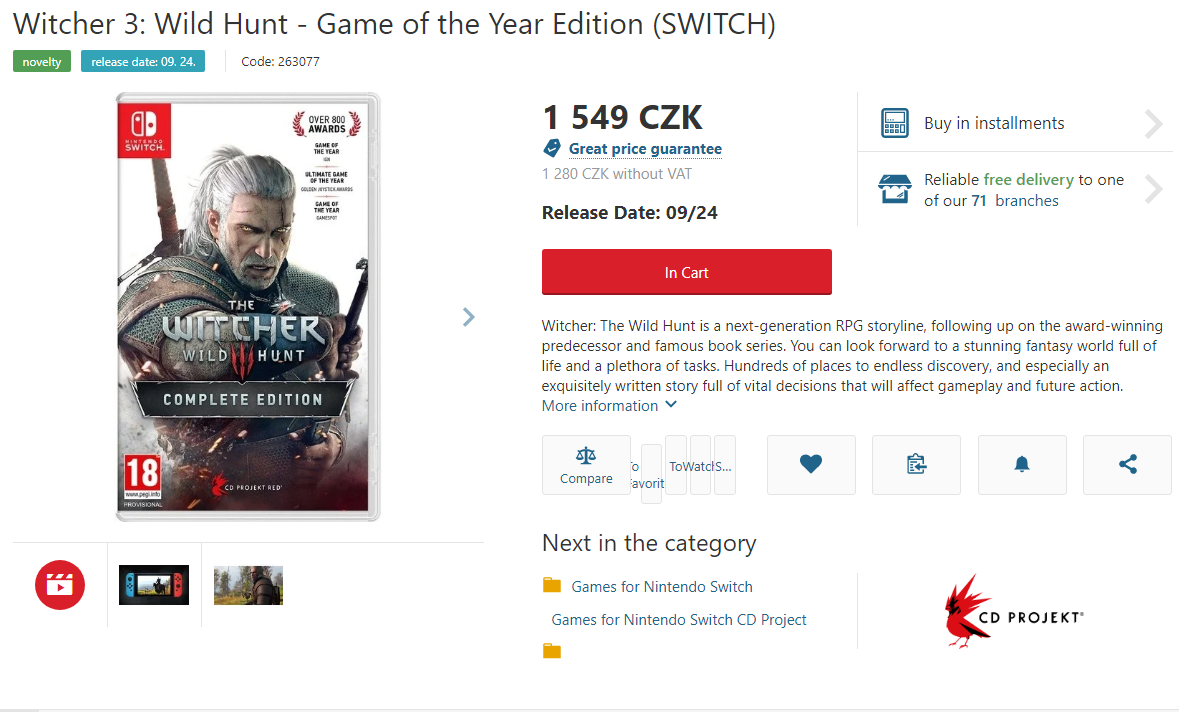 The Witcher 3 has been an incredible success for the developer CD Projekt Red. It has sold through more than 20 million copies across all platforms making it the second best selling WRPG of all time. The Nintendo Switch version of the game will use a 32 GB card and runs on a dynamic resolution that tops out at 720p. It will also support portable and handheld mode with a different resolution for both of them.