Cyberpunk 2077 Features Keanu Reeves as a Character, Will Launch In April 2020

CD Projekt Red made the announcement of Cyberpunk 2077 getting a release date this E3. They also had a surprise for fans with the introduction to Keanu Reeves character, who will play a key role in the story.

Keanu Reeves cameo was showcased during the Microsoft’s E3 2019 press conference and it took everyone by surprise. The audience was shocked to find Keanu Reeves himself walking on stage after his character was introduced on the screen. He plays the role of Johnny Silverhand, who will be a central character to the story in the game.

Cyberpunk 2077 didn’t have a public demo during E3 but some of the members of the press were invited to a private screening of a new demo. Snippets of gameplay footage were also shown in a trailer that was released during E3. It is the only new footage that was released after the lengthy gameplay demo that was seen last year.

Cyberpunk 2077 pre-orders are live now and you can either get a standard edition of the game or grab the collector’s edition. The latter will set you back $250 but it comes with a lot of bonus content including a statue. This includes a 25 cm / 10 inch statue depicting the game’s protagonist — V — in action, a steelbook case, a hardcover art book, and more. The Collector’s Edition comes in an impressive box made to look like one of the megabuildings towering over Night City. 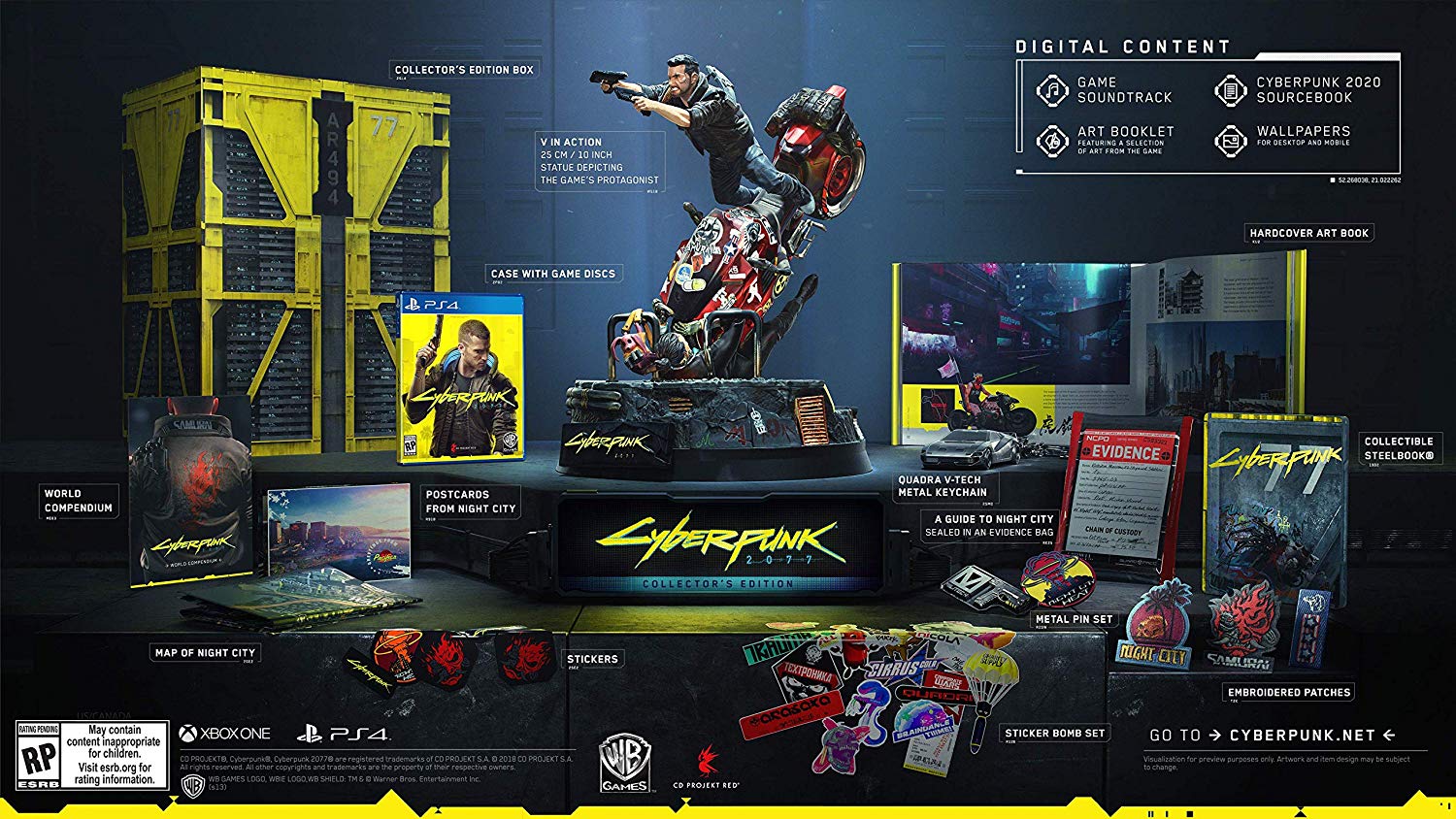 CD Projekt Red Community Lead, Marcin Momot also confirmed that the game will include support for 18 languages. This is much higher than The Witcher 3 at launch. Meanwhile, Nvidia confirmed that Ray-Tracing support is included with Cyberpunk 2077 and they also shared some screenshots to give an idea of what to expect from this new feature on PC.

Cyberpunk 2077 was not the only announcement that CD Projekt Red made during E3. They have also confirmed that The Witcher 3 Complete Edition will be released later this year for the Nintendo Switch.

Read More: From Software’s New IP Elden Ring Is Coming To PS4, Xbox One, and PC