Crash Team Racing Nitro-Fueled will get a new update to version 1.08 next week. This update will replace the ongoing Nitro Tour Grand Prix with Back N. Time Grand Prix.

Crash Team Racing Nitro-Fueled will continue to get new Grand Prix events every month. The first Grand Prix event was released as a part of a new update at the start of July. This update added Tawna Bandicoot as a new playable character. There was some controversy surrounding the design of Tawna Bandicoot and one of her skins but that was also patched with an update.

Crash Team Racing Nitro-Fueled is now getting update 1.08 next week that should start a new Grand Prix called Back N. Time. It is adding a whole new set of characters including Baby Crash and Baby Coco. These were already leaked through a datamine of the game files. 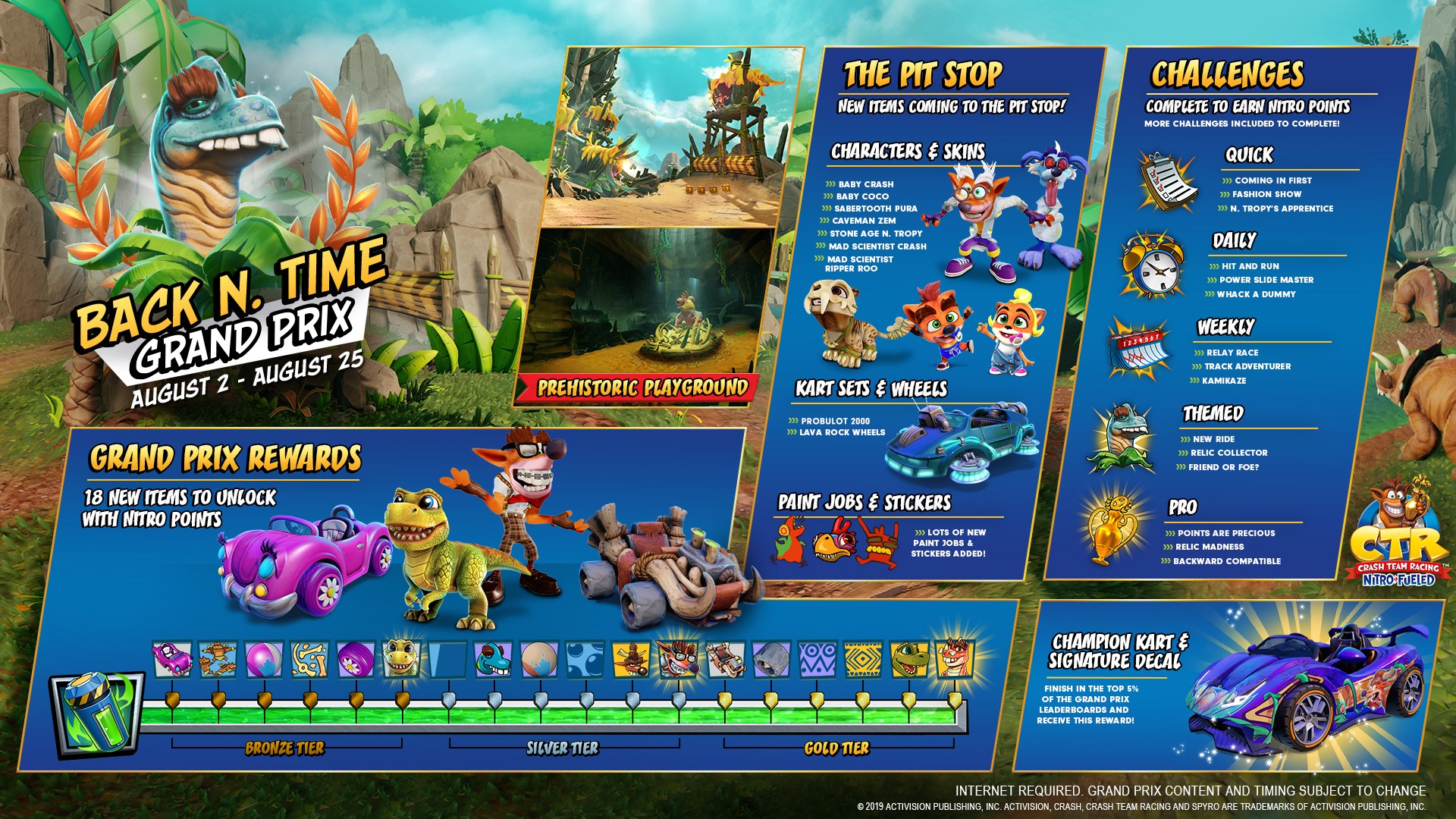 There are a total of 18 items to unlock in the upcoming Back N. Time Grand Prix. It will be available to play from August 2nd until August 25th. Here is a list of the new characters that can be unlocked through this Grand Prix.

Some of these are skins for exciting characters. There will be new customizations for the karts and racers as well. We will make sure to update you on the daily and weekly challenges as we did with the Nitro Tour Grand Prix.