Days Gone is incredibly successful in both North America and Europe despite getting some middling reviews. It has outsold The Division 2 despite being a PS4 exclusive.

Days Gone charted in the top 10 best selling games in the USA. It was at number 8 in June and jumped to number 7 position in July after it continued to do well. Despite getting some middling review scores, the game hasn’t lost any traction and as a result, it is a big success for Sony.

GFK Entertainment has shared an updated sales chart for the games sold in various European countries. It covers the first half of the year ending on July 31, 2019. This chart shows that Days Gone is the second best selling game in the UK ahead of The Division 2 but behind FIFA 19. 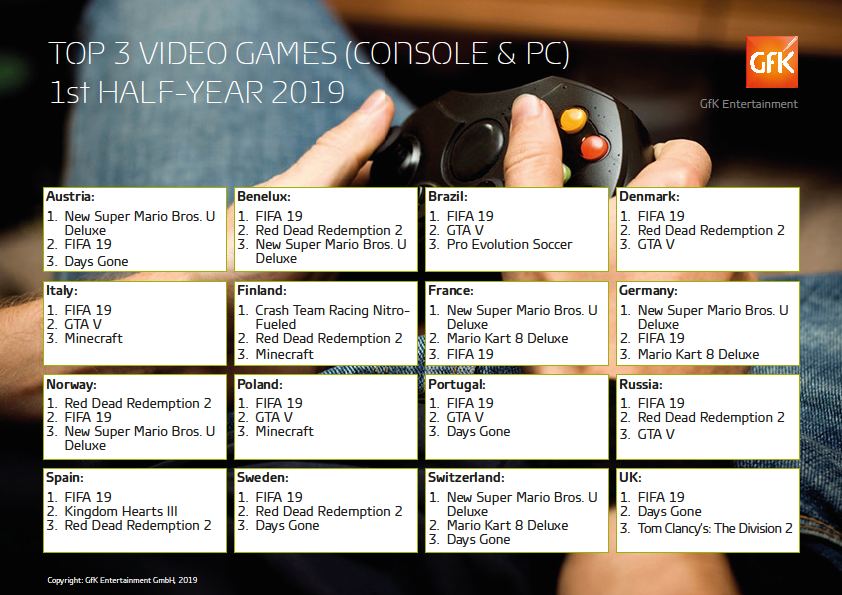 The official press release confirms that Days Gone is also doing really well overall in sales across Europe. Aside from the UK, it has charted in the top 3 for Switzerland and Portugal. It also ranked among best sellers along with games like Red Dead Redemption 2, Mario Kart 8 Deluxe, and Minecraft.

All of this success should no doubt contributes to the strong post-launch support. Days Gone has continued to get free content updates adding weekly challenges and implementing various fixes and changes for the game. It was released at the end of April exclusively for the PS4.